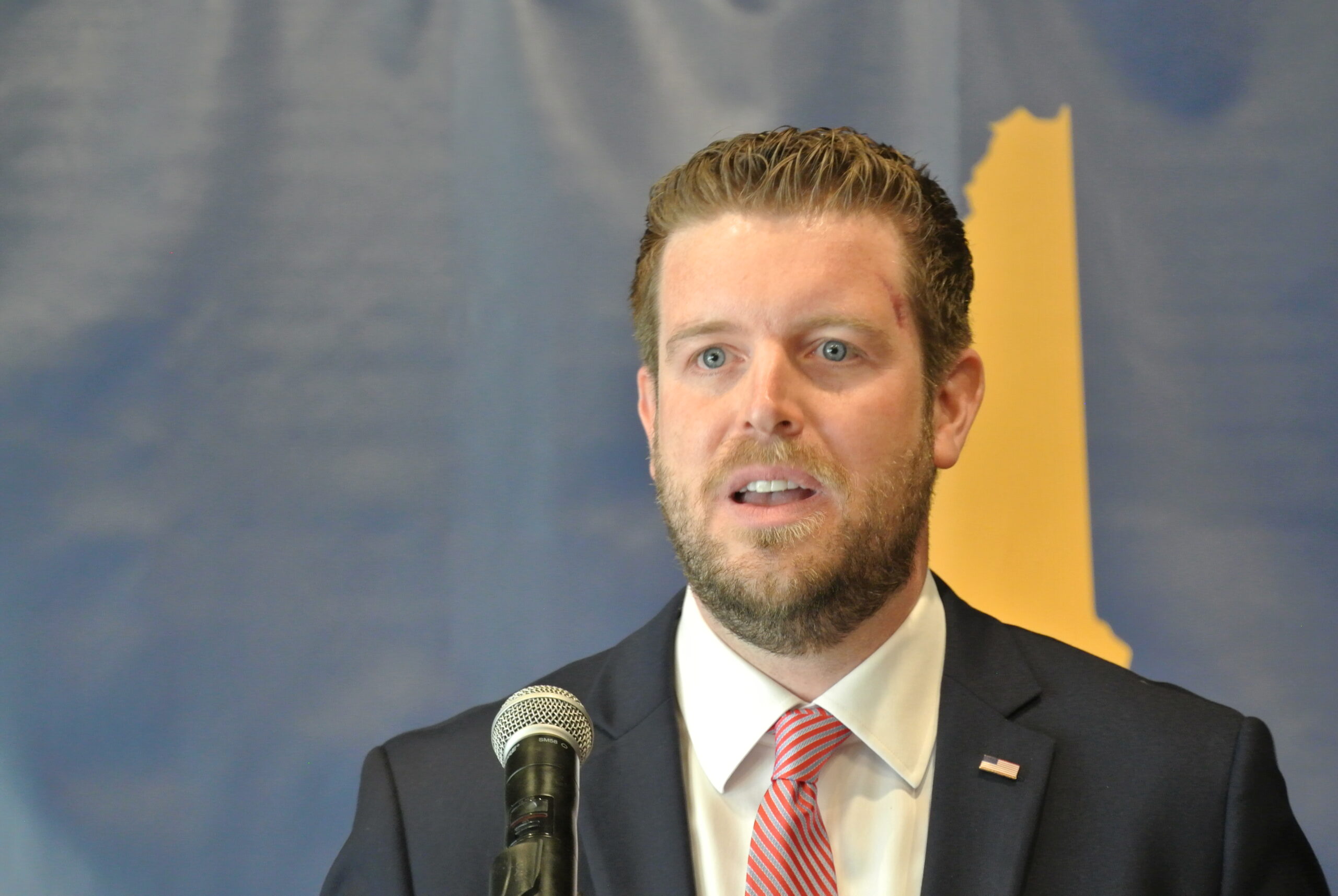 Gov. Chris Sununu made an unannounced stop at Mayor George Hansel’s campaign kickoff event Tuesday in Keene to back the GOP mayor’s bid for Congress in the Second District.

“George Hansel is the first congressional candidate I’m endorsing,” Sununu pointed out. “I’m behind George 100 percent. His record of public service, the fact that he’s a businessman, and you’ve never seen someone better at constituent service. He really is just phenomenal at getting at the touchpoint, and that’s exactly what people want out of Washington D.C.,” Sununu said.

Hansel’s electoral success as a Republican in one of the Granite State’s most liberal cities has surprised many and has marked him as a rising star in the party. State GOP insiders have been speculating for weeks that he might enter the race, particularly after Sununu favorite Jeff Cozzens dropped out in April. 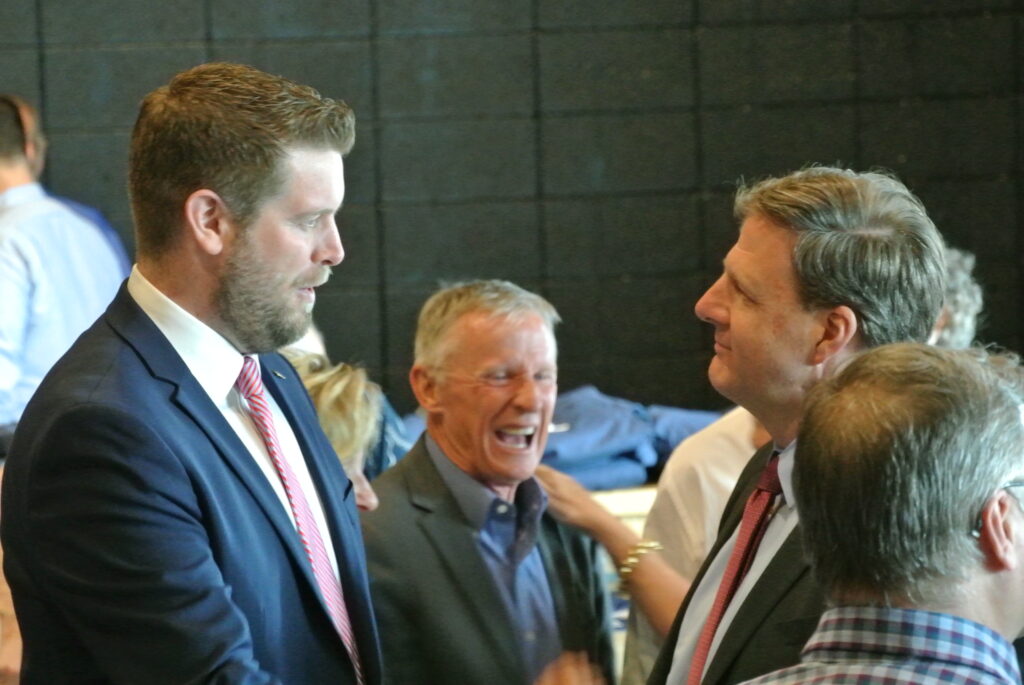 Hansel said he’s running on his record of fiscal responsibility in the face of growing economic uncertainty and crippling inflation that is hurting New Hampshire families.

“Inflation is really starting to erode our quality of life. I can’t stand by while Granite State families continue to fall behind through no fault of their own,” Hansel said. “Gas prices are surging, groceries are going up, our retirement savings are going down. Reckless federal spending has been bailing out big urban centers and it’s been raising costs for the rest of us.”

Hansel’s team sees an opportunity to unseat Rep. Annie Kuster, D-Hopkinton, the five-term incumbent they say has been AWOL during much of the current economic crisis. The campaign feels it has a real opportunity to win, especially given the support from Sununu.

“This winter, I can’t even imagine, families are going to be sitting around their kitchen tables and they’re gonna be opening the heating bills and figuring out how to get by,” he said. “They are going to have to make heartbreaking decisions between investing in the future of their children and just heating their homes.”

Hansel, an executive at the family business Filtrine Manufacturing in Keene, still needs to convince GOP primary voters he’s the best choice to take out Kuster and he’s got a big hurdle: winning a Republican primary in the era of Trump.

“I’m the only conservative running,” said Bob Burns of Pembroke, an outspoken Trump supporter who is running in the Second District GOP primary along with another far-right Republican, Lily Tang Williams.

Burns has not wasted any time going after Hansel, tweeting Tuesday, “I’d like to welcome woke BLM activist and mask mandater @GeorgeHansel to the #nh02 Republican primary race!” 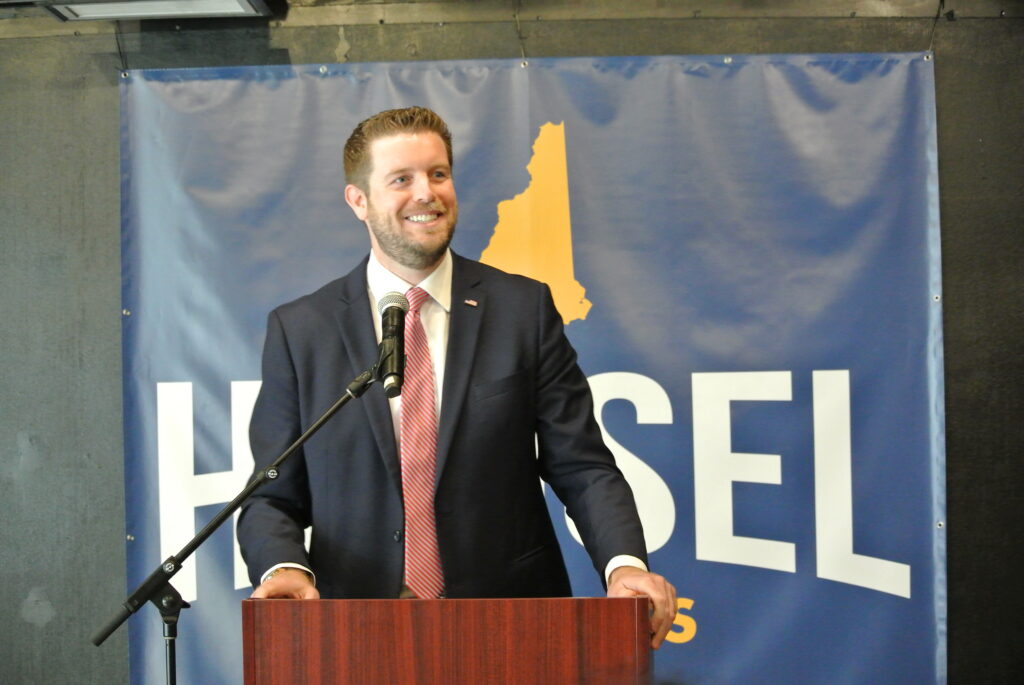 Burns says Hansel is to his left on abortion, and he criticizes the mayor for attending a Black Lives Matter rally in Keene and supporting a mask mandate. He said Hansel is just like Kuster when it comes to welcoming federal dollars for projects in Keene.

While Hansel did attend a Black Lives Matter rally in the summer of 2020 during the unrest following the murder of George Floyd, he has maintained he was there to talk to protestors and learn their concerns. He was at the rally with Cheshire City Sheriff Eli Rivera and Keene police officials.

Keene’s mask mandate ended in February when Hansel voted to break the tie. As mayor, Hansel can only vote to break ties under the city charter. Hansel says that while he supported people wearing masks if they choose, he thought the city-imposed mandate was too divisive.

Political analysts say the race is shaping up as a classic case of party purity vs. winnability. The district has tilted more to the left than the state as a whole for years. Even when it did elect Republicans, they were moderates like Charlie Bass and Judd Gregg. The Granite State GOP base remains solidly conservative and supportive of President Donald Trump, polls show.

Burns rejects the argument that he is too conservative to win in November. (Tang Williams did not respond to requests for comment). “Annie is barely in the district,” Burns said, a complaint often heard from Granite Staters on both sides of the aisle.

Kuster’s team did not respond to a request for comment.

Hansel’s team sees his opportunity as running as a “George Hansel Republican,” who focuses on the issues important to the voters. As for “energizing the base,” Hansel supporters note the most popular Republican in the state was at his event to endorse him: Chris Sununu.

“The polls say it all, 53 percent of people in this district want someone else to have a chance at Congress and George is the one to do it,” Sununu said.