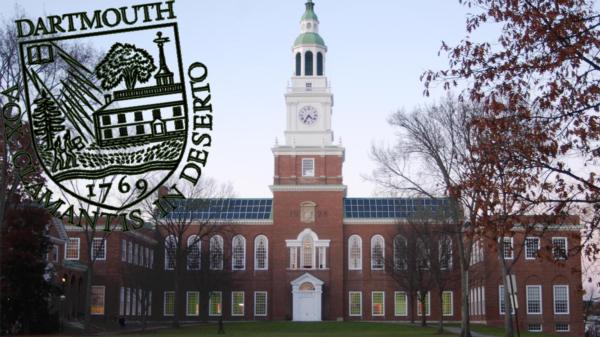 A fascinating survey of Dartmouth College students finds that campus Democrats are far less comfortable with diversity than their independent and Republican counterparts, at least when it comes to ideology.

In a survey conducted by the The Dartmouth (“America’s Oldest College Newspaper”), an astonishing 82 percent of Democrat students said they would be less likely to date someone with differing political views, and 55 percent admitted they would be less likely to have politically-diverse friends.  Among GOP students, those percentages were 55 and 12 percent, respectively.

This bias impacts Dartmouth’s academics as well, with 38 percent of Democratic students saying they’re less willing to take a class taught by a Republican professor.  However, research shows liberal students are in little danger of suffering such an ideological indignity.

A recent study of 98 Dartmouth faculty members in areas like economics, history, journalism, law and psychology found that just 3 were registered Republicans.

One of the authors of that study, Professor Mitchell Langbert of Brooklyn College tells NHJournal that ideological discrimination is rampant on elite college campuses, and that conservatives who want to go into academia should focus on STEM programs: “Science, Technology, Engineering and Math, fields where ideology isn’t as significant.” Professor Langbert says. “And keep your opinions to yourself.” 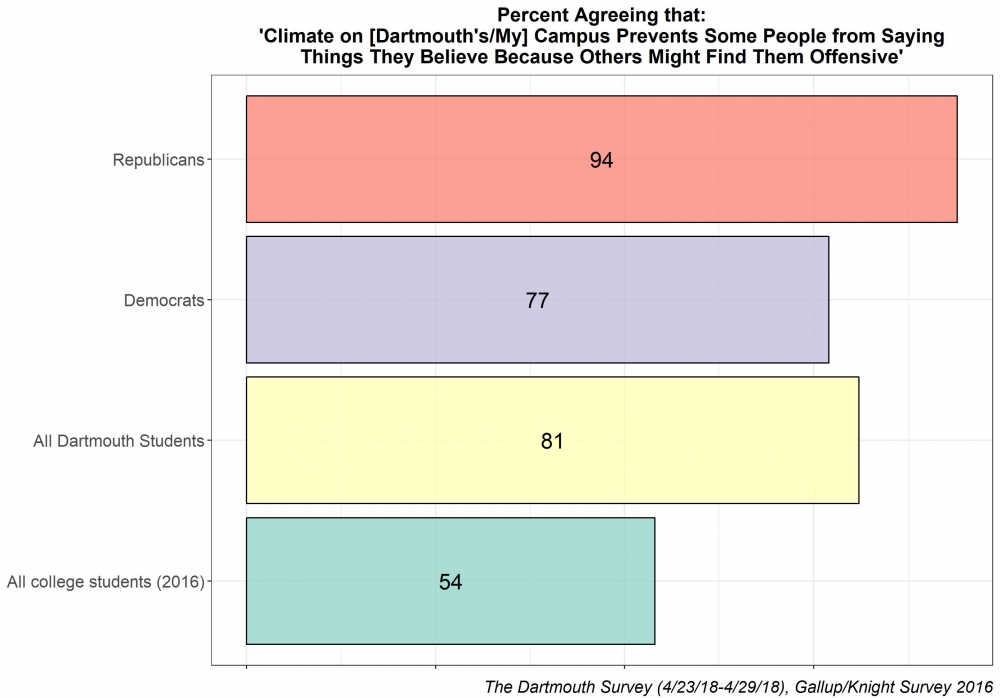 That atmosphere of self-censorship is certainly strong at Dartmouth, where the campus paper’s survey also found that 81 percent of students–and a whopping 91 percent of Republican ones– agreed with the statement: “The climate on Dartmouth’s campus prevents some people from saying things they believe because others might find them offensive.”

And Dartmouth College can’t be accused of not putting its money where its mouth is. The college has donated nearly $43,000 to candidates in the 2018 cycle thus far. The amount that’s gone to Republicans?