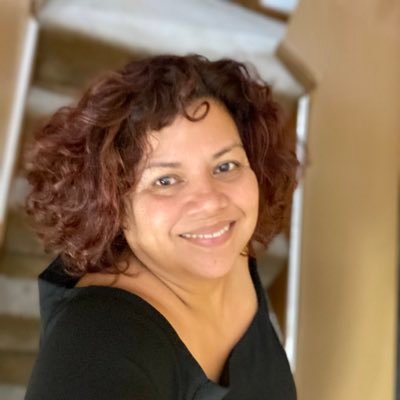 “All of us feel like we’re tokens,” said Shideko Terai, a member of the NH AAPI Caucus. “This is not okay. You can’t use us and abuse us.”

“I have no patience for the shenanigans,” said Terai, who drafted the statement. “I’m aware of the wheeling and dealing in politics, but when it comes to doing what is right, they have Maggie Hassan’s reelection take precedence over the care of immigrants.”

With polls showing Hassan is headed for a loss in November she has responded by veering right, calling for additional wall construction on the southern border with Mexico. She even went to the border to film campaign videos as part of her effort.

Terai spoke with her caucus leadership, and they decided to draft a statement that leadership from all the state party constituency caucuses could sign to support the Latino Caucus leaders. Instead of unified support, Terai said, leaders of other minority caucuses tried to dissuade her from going forward.

“I was told, ‘We have to be really careful. We need Sen. Hassan’s fundraising,’” Terai recalls.

Another message sent to Terai stated that Free State libertarians will use the dissent in the Democratic Party in an effort to cement their control of the state.

“I am very cognizant that we have a really tough election to run. It will not be easy to win in November despite the fact that we have values that lift all our people up. No, the Free Staters do not lead the way but they are running our state now and if people stay home in November the Free Staters will be running our state for years to come. They are using this as a recruitment tool,” the email stated.

The state party started several constituency caucuses several years ago as a way to reach out to, and support, various groups. Aside from the Latino Caucus, and the AAPI Caucus, there is the African American Caucus, the Stonewall Caucus, the Young Democrats Caucus, the Women’s Caucus, and a Veteran’s Caucus.

One email Terai saw sent from a prominent Democrat to another constituency caucus leader states the party needs to protect Hassan and that means silencing critics.

“Yes, I am suggesting you hold off (on the statement of support.) I think this matter needs to be addressed directly to Sen. Hassan. It doesn’t mean we don’t deal with the situation, but we should not address it in the same way we would address our opponents. We are all stewards of the Democratic Party, and we need to work through our differences,” the email reads.

Terai said another prominent caucus leader told her the party needs Hassan’s money, and criticism of the senator would have negative consequences for BIPOC (Black, Indigenous, and people of color) Democrats. Terai thinks, based on the flurry of activity set off when she sent the statement to caucus leadership last week, that Hassan’s team pressured the state party to stop the statement.

“That’s my suspicion. But you know, it’s just my suspicion from the flurry of emails, texts, and phone calls that I got,” Terai said.

Hassan’s team did not respond to a request for comment on Thursday, nor did a representative for New Hampshire Democratic Party Chair Raymond Buckley. Rep. Maria Perez, D-Milford, who was one of the Latino Caucus leaders who resigned from the executive team, was angered when she found out about the effort to silence the other caucuses.

“I’m going to start by saying that we’re very disappointed to learn about some political leaders calling other caucuses and asking them not to sign the letter to @SenatorHassan very disgraceful and anti-democrat from leadership! You know who you are, our silence is not an option!” Perez tweeted.

Perez told NHJournal that Hassan’s team is refusing to meet with her and other members of the Latino community. Perez has been told the senator does not have time to talk. Terai said the party needs to start listening to the minority caucus members before it is too late.

“All of us are gung-ho Democrats, but we’re not gung-ho NHDP, mostly because of the way we have been ignored,” Terai said.

“We respectfully ask Sen. Hassan and Congressman Pappas to reverse course and revoke their support of Title 42 as stated clearly by the NHDP Latino Caucus leaders. The decision of the signers of their statement to resign from the NHDP Executive Committee is a bold demonstration of staying true to the fight for immigrant justice. Our immigrant brothers and sisters seek safety and refuge and deserve to be welcomed across the southern border into the United States. President Joe Biden wants to end Title 42,” the statement reads. 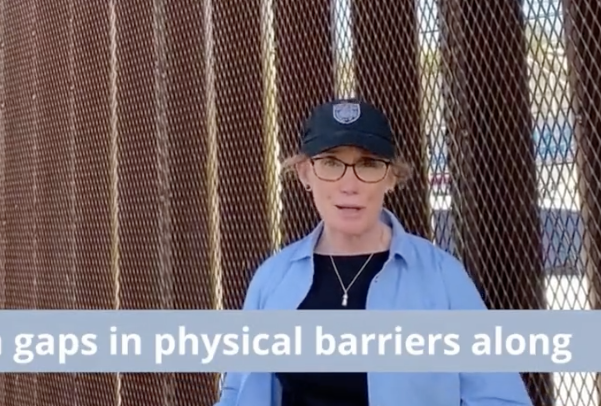 Sen. Maggie Hassan may have thought a photoshoot in front of Trump’s border wall was smart politics. But for members of the New Hampshire Democratic Latino Caucus, it was the last straw.

“That was the last kick in the butt for the immigrant community, and all of us as Latinos,” said Eva Castillo.

Castillo is executive director of the New Hampshire Alliance for Immigrants and Refugees and, until recently, a high-profile member of the New Hampshire Democratic Latino Caucus. But on Tuesday she and several of her fellow leaders in the Latino community sent the caucus a joint letter of resignation from the caucus to state party chair Ray Buckley over the behavior of Hassan and fellow Democrat incumbent Rep. Chris Pappas.

“For many years, we have struggled, unsuccessfully, to have our voices heard; this has never been made clearer than by the recent comments and position taken by Sen. Maggie Hassan and Congressman Chris Pappas concerning immigration,” they wrote. “We take from these signals that our community does not matter, and that immigration and humanitarian steps are only welcome when white refugees are in need; when black and brown asylum seekers come needing shelter, we start to demand more ‘border security.’

“The dangerous rhetoric and its accompanying attitude is something we expect from the New Hampshire Republican Party and their fear-mongering slew of candidates, but when one of our Democratic leaders acts in the same way, we must draw a line,” they added.

Their anger is in response to the two Democrats’ support for keeping Title 42 authority in place at the border. That authority, put in place by the Trump administration when the COVID-19 pandemic began, has been used to turn away some 2 million would-be border crossers. Liberals and progressives say they want to end it. Pappas and Hassan say they want to keep it.

And that is not all. Both Democrats are talking up border security as a priority. Despite having repeatedly voted against funding a border wall, Hassan is now touting her support for “physical barriers” in a video on Twitter.

Castillo said Hassan’s video was an example of shameless pandering, as was her call for more “barriers” at the border.

“What, are you going to put up hedges?” she asked.

On Jack Heath’s radio show Wednesday morning, Pappas repeated his support for keeping Title 42 in place. “I think the administration has to be mindful of what their plan is to make sure the border is safe.”

Castillo said Pappas and Hassan’s move to the right on immigration makes no sense. No Republican was going to vote for either candidate, she said, and their maneuvers are now alienating the progressive voters they need.

“They’re not getting any votes from Republicans,” Castillo said.

She was not the only Granite State progressive upset by their behavior.

Rep. David Meuse (D-Portsmouth) was shocked by Hassan’s “Trump Wall” video and he called on the senator to apologize.

“106 secs of posturing and ingratiation to an audience unlikely to vote for her has left Sen. Maggie Hassan with thousands of bridges to repair not only to Latinos—but to every NH ally who has supported compassionate immigration reform. Make this right @SenatorHassan,” he tweeted.

“I stand in complete solidarity with my immigrant brothers, sisters, & others. I know this isn’t a new (gross) position for @SenatorHassan but I hoped she could change. I have no idea why @ChrisPappasNH is following along.”

Hassan and Pappas’ shift to the right on the border makes little sense to Republicans, either.

“Pretending to support a wall at our southern border won’t prevent the political walls from caving in on Maggie Hassan,” NRSC chair Sen. Rick Scott (R-Fla.) told NHJournal. “As someone who voted with Joe Biden and Chuck Schumer three times to defund wall construction last year, Maggie Hassan’s 2021 actions speak louder to New Hampshirite voters than any 2022 words or border visits will. That’s why Granite Staters will send a Republican to the U.S. Senate to replace her.”

A New Hampshire GOP strategist who spoke to NH Journal on background pointed out the reaction from progressives was not merely grousing. It was planned.

“The thing that really stuck out to me wasn’t the fact that the letter went out, it was the coordination and public anger afterward. People like David Meuse, Sherry Frost, and Wendy Thomas — well-known officials in New Hampshire Democrat circles — took to Twitter and publicly excoriated Hassan and Pappas for the decision, choosing to stand with the Latino Caucus instead of their vulnerable incumbent federal delegation.

“When Hassan and Pappas need these folks’ support down the line, you can bet they won’t answer the phone,” the strategist said.

Representatives for Pappas and Hassan did not respond to a request for comment on Wednesday. So far, New Hampshire Democratic Party Chairman Raymond Buckley is silent as well.