Baseball fans love to argue who has the strongest team, the best pitching, and fiercest lineup. And they make their case by using stats: winning record, ERA, batting average.

At the State House, many of the players say they’ll support legislation that promotes a healthy climate for job creation and a strong New Hampshire economy. Because businesses are the number one payer of state taxes, legislators often say they’ll get behind efforts that help businesses thrive. But when they finally get their turn at the plate, some just leave the bat on their shoulder and watch pitches go by.

BIA recently published its fourteenth annual Legislative Scorecard and fifth annual Victories & Defeats for New Hampshire Businesses. (Access the publication on our website, BIAofNH.com.) The companion pieces track how all Senators and House members voted on legislation of keen interest to the business community and summarizes the outcome of a wide variety of bills in a mix of policy areas.

The Scorecard section is easy to follow. Individual scores are based on roll call votes only (those in which lawmakers’ votes are recorded by the clerk), not up-or-down voice votes in which a Senator’s or Representative’s position is difficult, if not impossible, to identify. Selected legislation (ten bills for the Senate, eleven bills in the House) covers a variety of issue areas.

BIA is a nonpartisan advocate for our members – leading employers in every corner of the state. Business-friendly legislation sometimes falls on the political left and sometimes falls on the political right. Not everyone agrees with BIA on every vote; however, 141 Senators and Representatives – both democrats and republicans – scored high enough to warrant special recognition.

Those scoring between 86-100% on selected legislation received the honor, “Champion of Business.” Those who scored between 70-85% are recognized as “Friend of Business.” If you meet a state legislator running for re-election over the next few weeks, ask them what their BIA Scorecard percentage was (or look it up yourself online).

While the Scorecard is intended to hold legislators accountable for their response to business issues, the Victories & Defeats portion of the publication reports on the legislature’s efforts to enhance New Hampshire’s climate for job creation. By extension, the publication is a reflection of BIA’s efforts to influence public policy. As New Hampshire’s leading business advocate, our members expect us to communicate their concerns to elected officials. No one bats a thousand, but looking back at the 2018 session, BIA did well.

For example, in the area of employment law, we flashed some Gold Glove-caliber defense on a flurry of bills that would have allowed state government to intrude on private business decisions in everything from hiring practices to scheduling to benefits administration. We think employers know better than politicians how to run their businesses. Most lawmakers agreed with us, and all bills of this type, which are listed in the document, were defeated.

Another area where legislators heard us was on environmental policy. Most thoughtful business leaders agree the issue of emerging contaminants, such as PFOS and PFOA, should be taken seriously and thoughtfully addressed. Throughout the 2018 session however, we saw an overreaction to this issue. Although modern technology can now detect the presence of chemicals at increasingly smaller concentrations (parts-per-trillion), science around health impacts of smaller concentrations is lagging.

We saw lawmakers attempt to address this conundrum by tasking the state to do something the federal government’s Environmental Protection Agency, academia, and industry scientists have yet to do: establish new standards for a cornucopia of compounds in the air, groundwater, and surface water. Then legislators proposed taking existing standards and unilaterally change them to arbitrary levels – levels not based on science, just numbers that would show their constituents they’re “doing something.” After articulating the folly of this approach, these bills were defeated.

We had a mixture of wins and losses in the areas of tax policy, economic development, health care, and education. For example, the House and Senate missed opportunities to put downward pressure on New Hampshire electricity prices, which are already 50-60% higher than the national average year-round. They instead listened to special interests that wanted ratepayer subsidies for unprofitable power generators.

The season at the State House is over and we spectators are already thinking about the next season coming up in January. BIA’s Legislative Scorecard and Victories & Defeats publication is a stat sheet for voters to evaluate their elected officials and determine who’s an MVP and who should ride the bench. 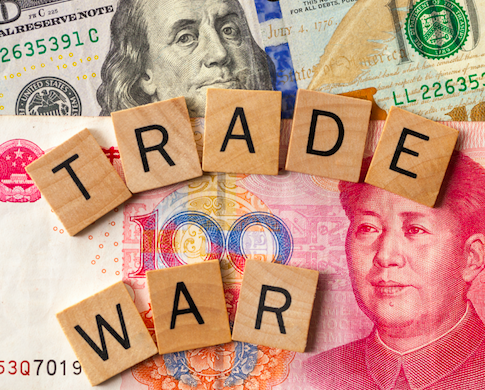