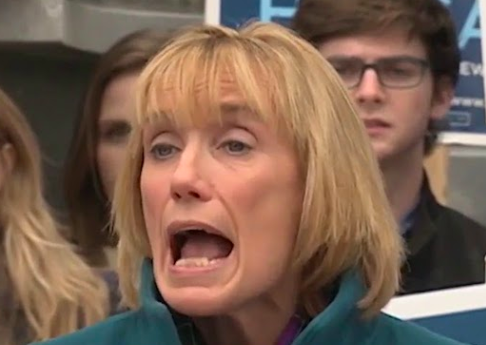 Despite mounting pressure from Granite State political leaders, Sen. Maggie Hassan is defending her decision to keep intern Caitlin Marriott on the job and instead used the intern’s profane attack on the president as an opportunity to attack Donald Trump.

Calls for Marriott’s firing began as soon as news broke that the person who shouted “Mr. President, F— you!” at the Commander-in-Chief as he walked through the Capitol building was an intern in Hassan’s DC office.  Instead, Hassan has suspended the intern for a week and had her ID badge revoked, and she defended her decision by pointing to the behavior of the president.

“I think it’s really important to understand that this behavior shouldn’t be equated with the president’s destructive and divisive actions, like ripping health care away from people by failing to protect pre-existing conditions; going out, gutting the ACA; like separating children from their parents at our southern border,” Hassan said in an interview with the Washington Post.

When asked how should would respond to complaints that the punishment for a student intern shouting profanity at the President of the United States should be more severe, Hassan replied: “I would point them to the fact that she has been held accountable for her actions that she took full responsibility for and that’s an example I wish our president would [follow].”

Turning the intern incident into an attack on Trump appears to be a page from the Democratic Party’s playbook. NH Democratic Party chairman Ray Buckley also responded to requests for comment about Marriott’s attack by commenting on Trump.

“Between their heartless attempts to kick millions off of health insurance to Trump’s racist policy of locking up children in cages, it is the Republican Party that has created a culture of hate,” Buckley said.

New Hampshire Republicans from Governor Chris Sununu to the grassroots GOP have called out Hassan for her decision to keep the intern on the job.

“I wouldn’t tolerate it in my office,” Sununu said of the incident. “There would be a termination.”

The NHGOP launched a social media push to get voters to call Hassan’s office and demand the intern be fired. 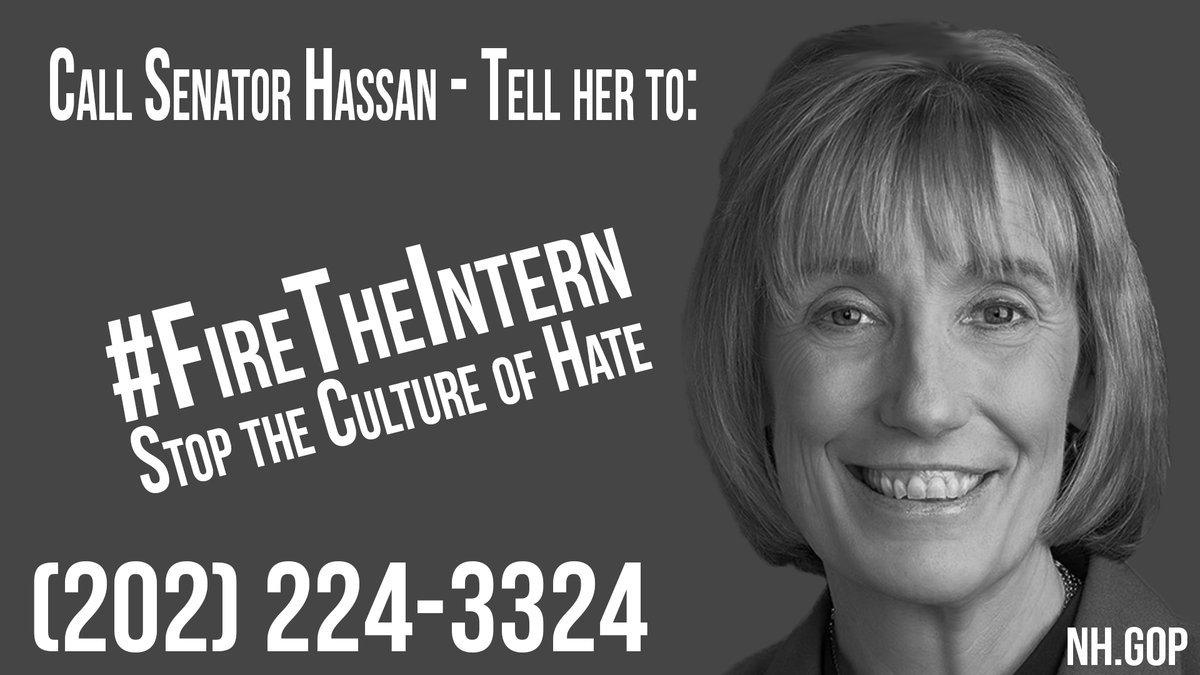 “The revelation that it was indeed Senator Maggie Hassan’s intern who shouted an obscenity at our President in the Capitol Rotunda should disgust, anger, and embarrass Granite Staters. But, alas, it should not be a surprise. Just this week, Democrat Congresswoman Maxine Watters encouraged violent protest, and White House Press Secretary Sarah Sanders was thrown out of a Virginia restaurant just for working for the Trump administration. Democrats are showing they don’t want to work with anyone to solve our nation’s biggest challenges. They would rather obstruct and point fingers. Senator Hassan owes it to her constituents, to the U.S. Senate, to the Office of the President, and to future interns to send the right message.”

Sen. Hassan’s spokesperson Aaron Jacobs responded to requests about guidance given to her interns by citing a statement given to them when they begin their service: “Use proper language and exhibit appropriate behavior at all times.”

When they don’t, the punishment is not termination–at least, if they’re directing that improper behavior at the president.