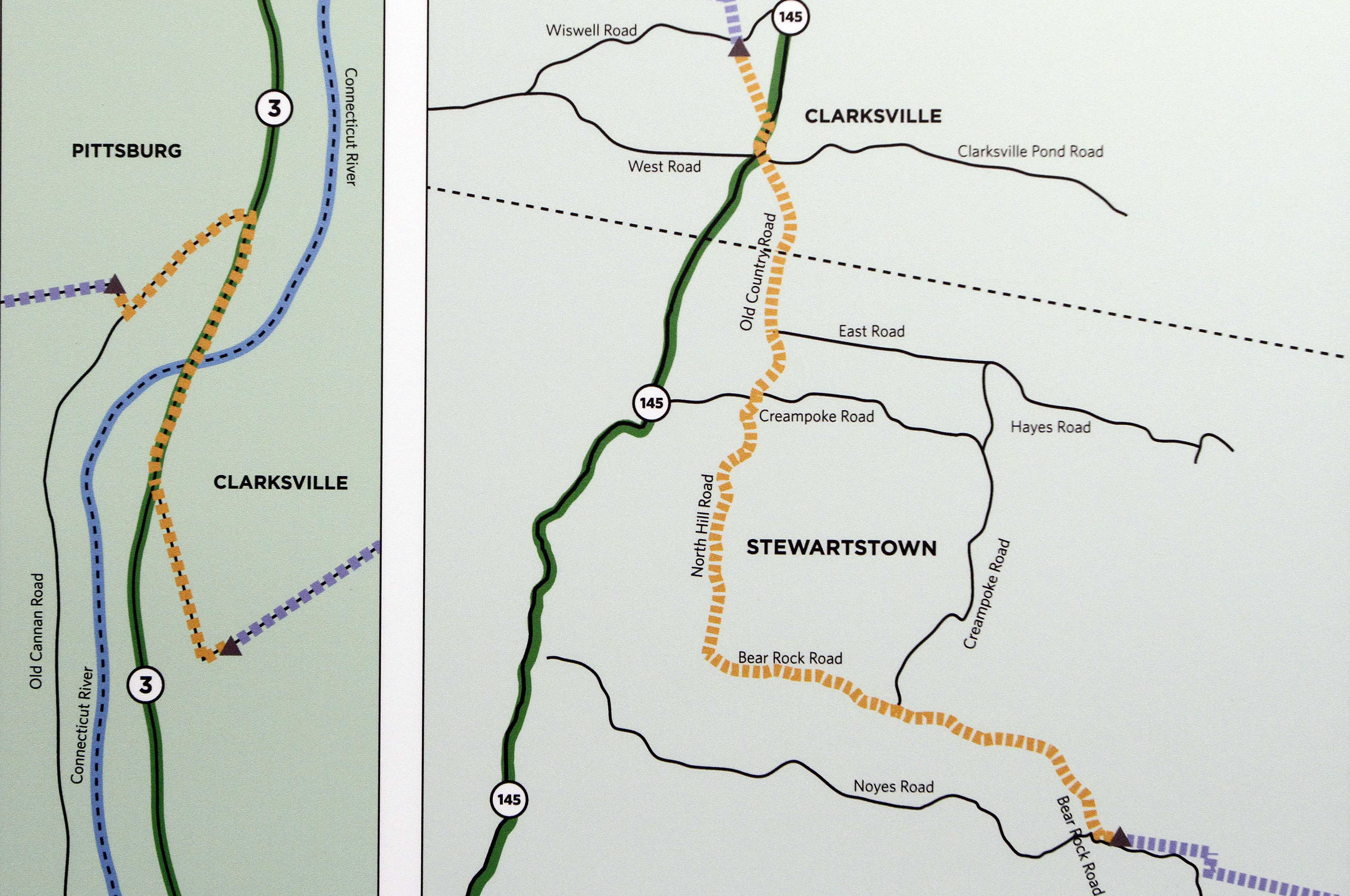 In a victory for Northern Pass, the state Supreme Court ruled that the controversial hydropower transmission plan can bury power lines under or alongside Route 3 in Coos County.

The court issued an order Tuesday, without oral argument, upholding an earlier Superior Court ruling against the Society for Protection of New Hampshire Forests.

The Forest Society argues that burying the lines exceeded the state’s right-of-way rules and would cause harm to the group’s property alongside the road in the town of Clarksville.

“We conclude that use of the Route 3 right-of-way for the installation of an underground high voltage direct current electrical transmission line, with associated facilities, falls squarely within the scope of the public highway easement as a matter of law, and that such use is within the exclusive jurisdiction of the DOT [Department of Transportation] to regulate” the order stated, which was signed by the three justices.

This is just one court ruling dealing with the Northern Pass project. If the controversial project continues as planned, the Forest Society said they can expect more lawsuits.

“The Forest Society will be ready when they do,” the group said in a statement. “As a result, Northern Pass can likely count on additional delays if they continue to pursue their current proposal.”

The 192-mile proposed line from Canada to Deerfield would bring roughly 1,000 megawatts of electricity from dams in Quebec to the New England power grid. Proponents of the project says the power would reduce energy costs for residents and businesses, but opponents cite possible environmental issues from putting the lines underground to high towers ruining New Hampshire vistas and impacting tourism. The state’s Site Evaluation Committee (SEC) is expected to decide in the fall if the project will move forward or not.

In its November 2015 lawsuit, the Forest Society argued that Northern Pass must seek approval to bury a portion of the line “within the public right-of-way next to property it owns, and that burial of a transmission line does not represent proper use of the roadways,” according to Northern Pass.

The Forest Society is claiming ownership of the land that Northern Pass wants to use, and they asked the court for a declaratory judgement to find and rule that the land, known as the Washburn Family Forest, is unauthorized.

In May 2016, the NH Superior Court rejected their claim, saying the project’s proposed use is “within the scope of the highway easement,” and that the NH Department of Transportation has “exclusive jurisdiction over whether to grant the project the necessary permits and licenses.” The recent Supreme Court ruling reaffirmed this point.

“The Supreme Court’s decision regarding the Forest Society’s lawsuit against Northern Pass is unfortunate in that it puts off until later a private property rights issue of extraordinary importance to New Hampshire landowners,” the Forest Society said in a statement. “In short, the Court punted. The Supreme Court did not settle the eminent domain issue with regards to Northern Pass, but asks us all to wait until the [NH DOT] acts.”

But the Legislature has already prevented Northern Pass from taking private property for their project by eminent domain. However, 18 of the 31 towns that would be impacted by the transmission lines recently submitted a petition to the SEC saying they should have “home rule” over the project and only a local municipality has the legal right to authorize the use of their roads for such projects.

“In other words, the Town would be liable for the taking and responsible for paying the damages assessed, not Northern Pass,” said Steve Ellis, chairman of the Board of Selectman in Pittsburg, one of the towns petitioning the state, in a letter. “Northern Pass is thus shifting the burden of eminent domain — a power it does not possess — to the Towns, while arguing that the towns have no say in the matter.”

But the SEC recently dismissed their motion.

One of the best chances for towns to have more authority over utility line expansion projects was also just shot down in the Legislature. The House Committee on Municipal and County Government voted unanimously last week to kill House Bill 145. It would have prohibited high voltage transmission lines from being located in any municipality by a two-thirds vote of the entire governing body of a city or by a majority of voters in an election.

“It provides one town veto power over what the two towns on either side of it want,” State Rep. Jim Belanger, R-Hollis, told the Union Leader. “Also, it establishes home rule, and New Hampshire is not a home rule state.”

Northern Pass has called the Forest Society hypocritical for calling them to bury the transmission line, yet then file a lawsuit against them for doing that.