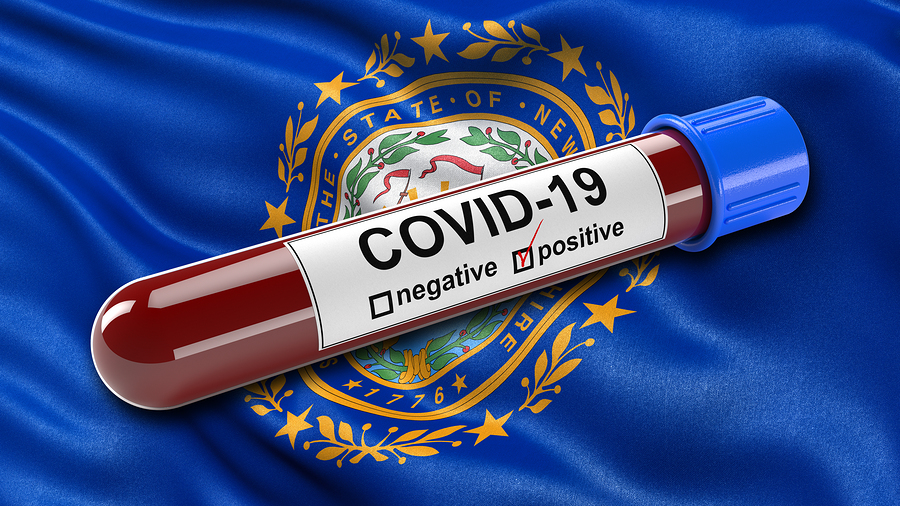 After months of vocal opposition to government-imposed vaccine mandates on private businesses, Republicans on the state House Education Committee passed one of their own. They approved an amendment banning any “entity” — including private businesses — from requiring COVID-19 vaccines.

“The Education Committee passed HB255 in the name of medical freedom,” said House Speaker Sherman Packard (R-Londonderry). “Employers are struggling to fill vacancies, gas and food prices are rising, and chaos reigns at the border – the president has shown his ineptitude to lead. He has instead chosen to rule by mandates. That is not the New Hampshire way – and today’s small victory proved that.”

If the Biden administration’s vaccine mandate goes into effect — it’s currently being challenged in court — it will supersede New Hampshire law. House GOP leadership acknowledged Tuesday’s vote was to send a message, not set policy.

“I applaud the members of the Education Committee who took this amendment up today and did the right thing for New Hampshire,” said House Majority Leader Rep. Jason Osborne (R-Auburn). “While it is my hope that the president pays attention to the message we sent him on the heels of his visit today, I will not hold my breath. I look forward to passing this bill at our first opportunity when it comes before the House in January.”

Critics noted the irony of calling a measure that forbids private business owners from setting their own vaccine policy a “medical freedom” bill.

“As the governor has repeatedly said, he is opposed to the government either prohibiting or mandating vaccines on private businesses,” Sununu spokesman Ben Vihstadt told the New Hampshire Bulletin when asked about the House Education Committee’s bill.

Democrats, many of whom also believe government should have the power to decide the vaccine policies of private businesses, dismissed the legislation as a “political stunt.”

“Republican leadership hand-picked the vote, permanently removing from the committee the one Republican member who may oppose this absurd proposal,” said Rep. David Luneau, D-Hopkinton. “This political stunt should be a concern to everyone. The House Speaker’s decision to gerrymander the proceeding is a disgrace.”

Luneau is referring to Pittsfield Republican Jim Allard, who was removed from the committee by Speaker Packard in advance of the vote.

Neither Packard nor Allard responded to requests for comment.

The regulation extends beyond businesses to cover “any political subdivision of the state, corporation, association, club, firm, daycare, public or private school, public or private institution of higher education, partnership, society, nonprofit, joint stock company, or any other entity, including any governmental entity or religious entity.”

Even churches would be banned by government edict from setting vaccine rules for their own clergy and employees.

David Juvet with the New Hampshire Business and Industry Association said the state needs to leave those decisions up to private business owners.

“BIA staunchly opposes legislative proposals that would prohibit private employers from mandating vaccination for its workers should they want,” Juvet said. “Requiring vaccination is a safety measure to protect employees and customers and others who may visit the place of business. It’s not unlike other employer requirements from hard hats to hair nets and even dress codes.”

Steve Ahnen, president of the New Hampshire Hospital Association, said the bill would make it harder for hospitals to keep patients safe.

“It would really hinder their ability to do what they need to do to protect the health and safety of staff and patients,” he said.

Ahnen said vaccines are mandated for a host of illnesses across the healthcare industry. While he doesn’t want to see anyone lose their jobs, hospitals need to be able to take care of the health of the patients and staff. The anti-mandate bill would impede that effort.

The libertarian New Hampshire Liberty Alliance also opposed the legislation. “While we support legislative efforts to mitigate the harm of the federally imposed mandates, this amendment negatively impacts freedom of association by restricting the actions of private entities who wish to require vaccination independent of federal mandates,” it posted on the group’s website in advance of Tuesday’s hearing.