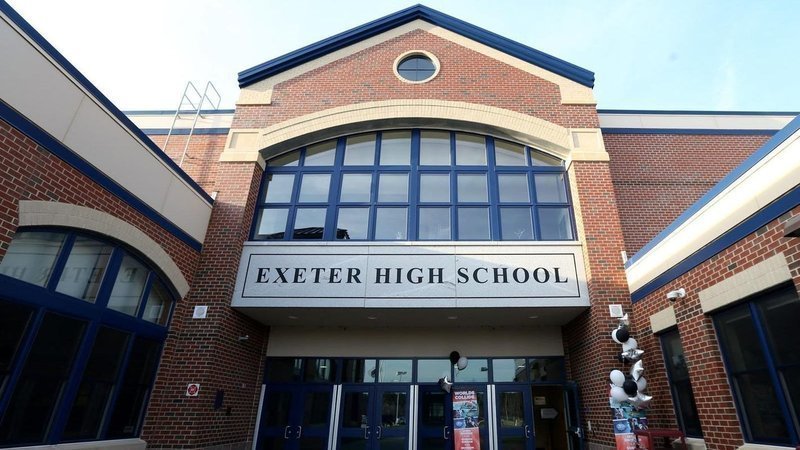 Exeter High School and SAU 16 struck back against a Catholic student suing over his free speech rights, saying he was disciplined for being a bully and not for expressing his religious views. However, they acknowledge in their court filing that the “bullying” in question was expressing his opinion on gender.

The student, known in the lawsuit as M.P., claims he was disciplined for expressing his opinion, informed by his Catholic faith, that there are only two genders. M.P. expressed these views off the school campus and was then suspended from the football team for one game, according to his lawsuit.

The district’s attorney, Michel Eaton, wrote in a response to the lawsuit filed late last week, there is no free speech case here. Eaton also claims M.P. was not suspended by the school, but benched for one game by his coach. The benching had nothing to do with the school’s anti-discrimination policies regarding transgender issues.

“M.P.’s coach did not decide to bench M.P. based upon M.P.’s opinion that there are only two genders, nor would he. Rather, M.P. was benched for using crude, inappropriate, and disrespectful language while communicating with Student Doe. This behavior was consistent with M.P.’s documented history of bullying and inappropriate behavior, including such behavior on the school bus and such behavior targeted at Student Doe specifically,” Eaton wrote.

Student Doe, who is not transgender or non-binary, is the student with whom M.P. had a reportedly heated conversation regarding gender and sexuality while on the school bus. The conversation later continued via text messaging, according to court records. Student Doe, in turn, reported the conversation — which took place outside the classroom and off the football field — to M.P.’s coach, Eaton wrote.

“M.P. ‘s coach took what he believed to be an appropriate and limited remedial measure to teach and ensure the respect that is expected of all student athletes,” Eaton wrote.

According to Eaton’s filing, Student Doe and M.P. have a long-standing antagonistic relationship. Eaton submitted as evidence the football team code of conduct, which M.P. signed, and copies of the text conversation between M.P. and Student Doe. However, both items were sealed by the court and not available to the public.

Whether or not M.P. engaged in bullying, the district acknowledges in Eaton’s filing that M.P. was disciplined for expressing his views, however crudely, while off-campus. It’s similar to the free-speech case in which a Pennsylvania high school student was disciplined after she posted a profanity-laced message to Snapchat that she recorded at a convenience store.

The U. S. Supreme Court last year ruled 8 to 1 in favor of Brandi Levy, the former cheerleader at Mahanoy Area High School. The high court found the school violated Levy’s First Amendment rights when it reprimanded and suspended her from the junior varsity team because of her off-campus comments about the cheer team.

While the American Civil Liberties Union (ACLU) sided with Levy in her case, the New Hampshire ACLU has been silent in the case of M.P. In the past, protecting an individual’s personal speech against government action would have been a classic ACLU  case. But the organization has become openly partisan, as The New York Times reported in a story headlined “Once a Bastion of Free Speech, the A.C.L.U. Faces an Identity Crisis.”

Instead of suing on behalf of an individual’s rights,  New Hampshire’s ACLU is part of a federal lawsuit opposing New Hampshire’s new anti-discrimination law. They want to overturn the law preventing teachers and government employees from teaching that “a person, because of their membership in one or more identified group(s), is inherently either: (1) racist, sexist, or oppressive, consciously or unconsciously or (2) superior or inferior to people of another identified group.”

The ACLU-NH is joined in the lawsuit by Andres Mejia,  director of Diversity, Equity, Inclusion, and Justice for the Exeter Region Cooperative School District, and a board member of the Black Lives Matter Seacoast organization. Some Exeter parents have questioned whether a member of a group that claims all white people, regardless of their behavior, participate in white supremacy can treat students fairly.

Writing about the Exeter case in the Portsmouth Herald, former political consultant Alicia Preston Xanthopoulos defended the Catholic student’s right to express opinions others — including the school district — don’t like.

“No one has the right not to be offended. I do actually have the right to say something that might offend you,” Xanthopoulos wrote. “That’s precisely why there is the First Amendment. It’s not there to protect popular speech, it is there to protect you from being punished by the government for speech that is not popular.

“Which, horrifyingly, is precisely what occurred here.”