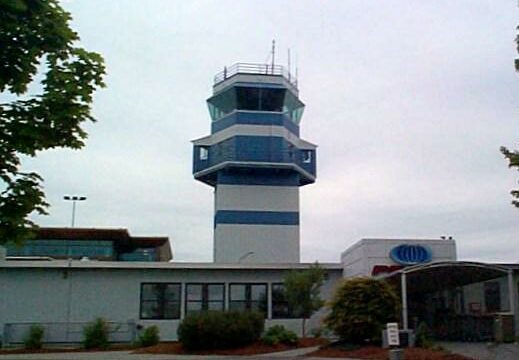 Opponents of a proposed project at Pease International Tradeport air facility are hoping to keep it from getting off the ground.

The new facility, operated by Texas-based private jet company Million Air, has concerned residents gathering to stop the business from putting a fuel storage tank in nearby wetlands.

“I am against them building it in the wetlands,” said state Rep. Jackie Cali-Pitts (D-Portsmouth). “There is another way around, and they have to use the other way around, that is what the law says.”

Million Air recently won approval from the New Hampshire Department of Environmental Services to put a 90,000-gallon jet fuel storage tank in the wetlands that flow into the North Mill Pond and the region’s drinking water supply.

“We have had our problems with contamination of water, and we should know better,” Cali-Pitts said.

Paul Brean, the executive director at Pease, said the approval for the fuel storage facility is one component that Million Air needs to be able to build its planned fixed-base operation center, or FBO, for private jets. The company is currently in the planning and permitting stage of development and intends to build a 12,000-square-foot hangar at Pease, according to Brean. The company is approved for its FBO, so long as it completes the necessary steps, he said.

“They’re in the design and approval process of building a brick-and-mortar facility,” Brean said.

With the go-ahead from DES for the full storage facility, Million Air has reached one milestone needed to complete the project, Brean said.

Cali-Pitts said the state has had enough trouble with contaminated drinking water and adding the fuel storage tanks to a wetland that feeds into the area’s water supply is a terrible idea.

“Water could be a very finite resource,” she said. “We have problems, and we need to take care of our resources and it seems like we don’t care,” Cali-Pitts said.

Representatives for Million Air did not respond to a request for comment.

The state has found that Portsmouth and the surrounding towns have drinking water contaminated with PFAS, the so-called forever chemicals linked to types of cancer and birth defects. Science has shown PFAS can stay in the human body for decades. The source of that contamination has been linked to the operations at the former United States Air Force base located at Pease.

PFAS chemicals have been found in the town of Merrimack’s water supply, and drinking water has also been contaminated by the PFAS from the Coakley landfill in North Hampton. The Merrimack water supply was contaminated by the Saint-Gobain manufacturing plant. The chemicals are man-made and have been used in some cosmetics, oil-resistant products, and firefighting foam.

Cali-Pitts isn’t the only person concerned about the potential for more contamination of the area’s drinking water supply. Rye resident Dania Seiglie, and former Executive Councilor Dudley Dudley, from Durham, are organizing an effort to stop the project.

“Those who forget their Pease history are doomed to repeat it,” the women wrote in a Union Leader column. “We must protect these wetlands and our local water supply as well as ensure the safety of our lives and the lives of future generations.”

Million Air is currently involved in a lawsuit against Westchester County, N.Y. after officials at the Harrison, N.Y. airport withheld consent for the company to build a new hangar. The company claims the county is in breach of its contract.

If the Million Air FBO project goes through as planned, it would be the second FBO located at Pease. Currently, Port City Air operates service out of Pease. Brean said more air service companies are welcome at the Tradeport as it will help its business model in the long run.

“There are multiple FBOs at most airports,” Brean said. “The FAA likes to see eclectic aviation services at airfields.”