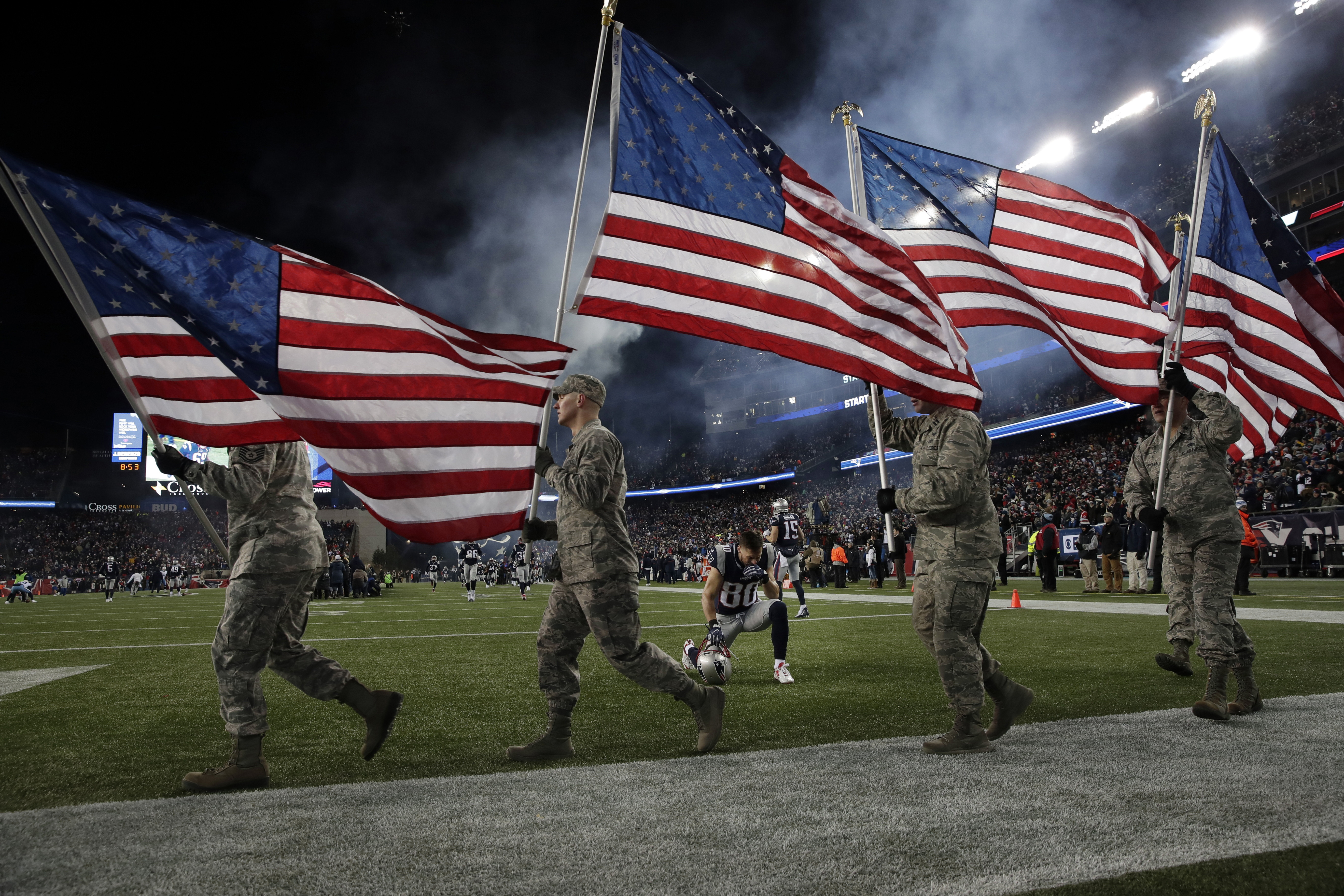 So ends a recent Concord (N.H.) Monitor editorial on the NFL’s new rule requiring players to either stand respectfully or remain out of sight during the national anthem.  This overwrought editorial goes on to compare President Trump’s support for the new rule as “consistent with a dictatorship,” and declare the NFL’s policy a violation of “true patriotism.”

“As long as no law is broken, [an NFL player] should be free to align himself with his own conscience and convictions in any way he sees fit. That is America.”

Other than the geography—yes, this is America—the Monitor gets the entire story wrong.

First, this is not an issue of “freedom,” at least, not as the Monitor presents it. It’s an issue of workplace conduct.  Every person who invokes “freedom” or the First Amendment into this debate is either clueless or intentionally conflating two separate issues to cloud the obvious:  You can’t just say or do what you whatever “you see fit” at work and keep your job.

If Donald Trump issued a federal edict ordering every person to stand during the Star Spangled Banner or be sent to Gitmo, that would be a First Amendment violation. (It would also be a fulfillment of the fever-swamp fantasies of the anti-Trump activists defending the protesters). Censorship is something the state does, not your employer.

And that’s who’s ordering the spoiled NFL millionaires to stand up and shut up—their employers.  Is the NFL right to demand respectful behavior from its employees at work?  Maybe, maybe not.  But they’re certainly completely within their rights to do so.  Don’t agree? Ask your boss.

Ask your boss what would happen if you took a client out to Fenway Park to watch the Red Sox beat the Yankees (yet again) but, when the announcer asked the crowd to “please stand and remove your hats for the presentation of the flag and our national anthem,” you remained seated. Ask what would happen if, when the client looked at you askance, you said “America’s such a racist country, I refuse to respect it or its flag. America doesn’t deserve it.”  And, when the client dropped your company and went to a competitor, ask your boss if he might have a conversation with the staff about how to behave.

There’s a legitimate debate about whether the NFL’s recent ratings slide is related to the high-profile insults to the American flag at their games.  But what’s beyond debate is that the players’ behavior is absolutely an insult to the flag and “to the nation for which it stands.”

If your boss wouldn’t let you behave that way at work, why should Colin Kaepernick’s?

The NFL is absolutely free to have rules that protect their business—the same business that covers the players’ paychecks.  That’s “freedom.”  If the Concord Monitor, CNN and the New York Times want to bankroll the “We Think America Sucks, Too” Football League, they’re free to do so.

I, for one, look forward to watching the Cambridge, MA Social Justice Warriors take on the Hollywood Trump Haters in the Progressive Bowl next season.

But claiming that the NFL is wrong to demand decent behavior from its employees is nonsensical. It’s also wildly ironic coming from people who support actual censorship—“speech codes” at state colleges, “hate crimes” laws, etc.  The same people who riot to stop Ann Coulter or Milo Yiannopoulos from speaking at a state-funded college are outraged when a private business requires its employees to stop acting like jerks?

The most egregious mistake the Monitor makes, however, is its claim that the NFL is somehow limiting political protest. That it only accepts the player who “stands for the anthem and keeps their mouth shut about racism and police brutality.”

Wrong. Like every other American, these players are free to spend their spare time marching through the streets with their message that racist America isn’t worthy of their respect, that the customers who tune in their games and support America are part of this racist enterprise, etc. etc.

And that is the message. As the HuffPost’s Black Voices Senior Editor Lilly Workneh puts it,  “#TakeAKnee Isn’t About The Flag. It’s About America’s Racism.”

The question is why would any business owner in his or her right mind let an employee send that message to their customers while at work?

The players are wrong about America being a nation so flawed it doesn’t deserve their respect. And their defenders at the Concord Monitor are wrong to demand that private business owners have a duty to give these players a platform for their anti-American bigotry.