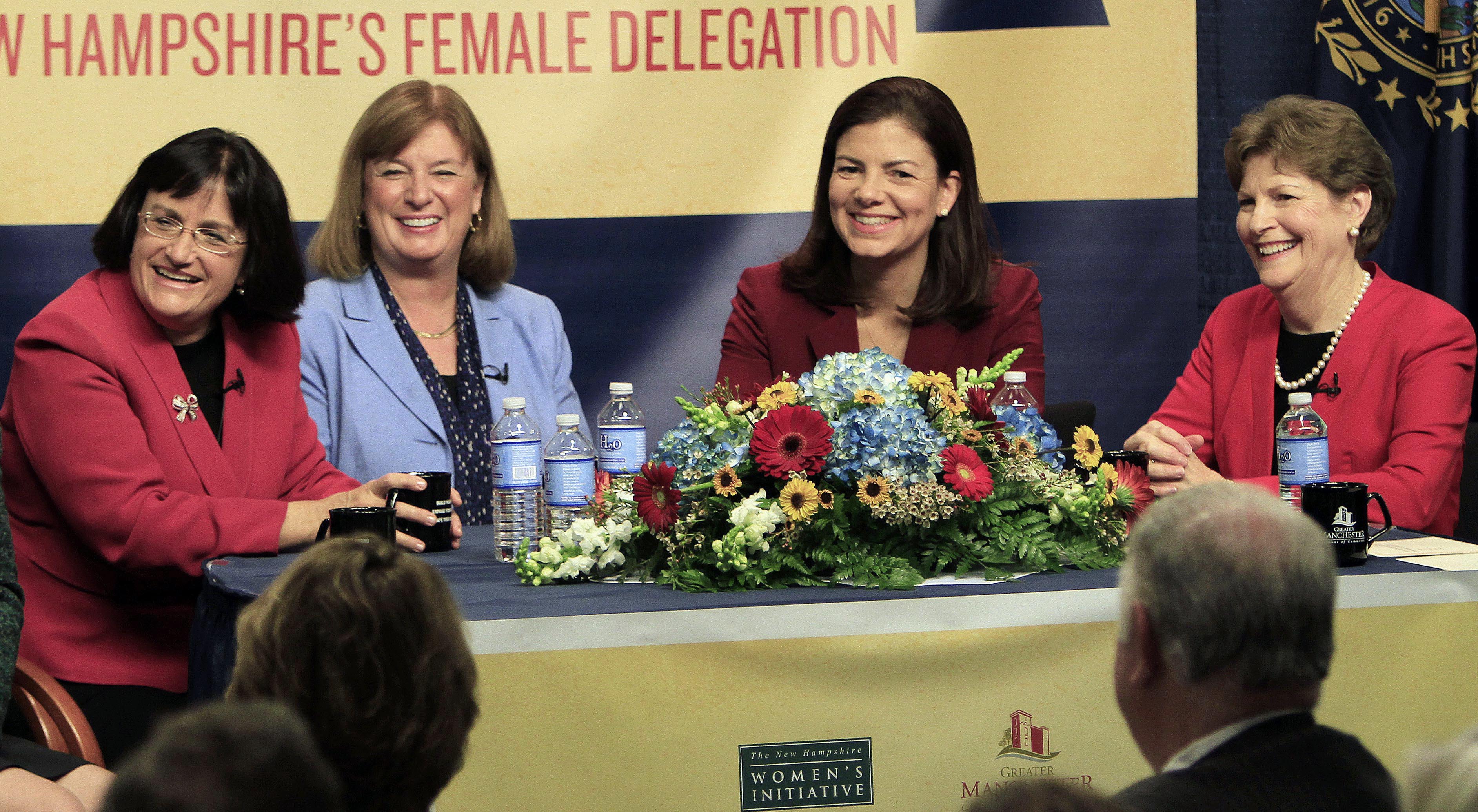 It’s never too early to be thinking about the 2018 midterm elections. For the incumbent party in the White House, it usually means losing seats. However, Republicans are poised to retain control of the House and Senate, barring any major catastrophe, which would give Democrats the advantage.

In New Hampshire, it could mean tough races for Democratic incumbent Reps. Carol Shea-Porter and Annie Kuster, and their final campaign finance filings for the 2016 election cycle can provide clues on what to expect for their reelection campaigns.

Assuming they run again for their seats, Kuster and Shea-Porter enter the 2018 contests with a significant difference between them in their total cash on hand.

Shea-Porter only has approximately $3,800 in the bank as a result of a tough election against former Republican Rep. Frank Guinta and Independent candidate Shawn O’Connor. Out of the 435 representatives in the House, she has the fifth lowest cash on hand total.

Kuster, on the other hand, sits modestly with just over $1 million stashed away.

The median amount that lawmakers who won their races in 2016 have in the bank is about $367,000, according to the Center for Responsive Politics (CRP), a nonpartisan research group tracking money and lobbying in elections. Specifically for House candidates, it’s about $361,000.

Of course, for party leaders they have the biggest war chests since they are expected to raise money to help their colleagues. House Speaker Paul Ryan had the highest cash on hand in the House with $9.1 million.

“The typical pattern is that campaigns that are in tough reelections or open seat battles will almost never have any money left,” said Caleb Burns, a partner at Wiley Rein LLP, to the CRP. “But conversely, the opposite is also true, where members of Congress have extraordinarily safe seats and don’t feel the pressure of having to raise a lot of money.”

So what does this mean going into next year’s race?

Well, it shouldn’t come as a surprise, but the National Republican Congressional Committee (NRCC) included Shea-Porter and Kuster in their initial 36-member target list.

Kuster spent nearly $2.2 million against Republican challenger Jim Lawrence. He spent less than $100,000, and yet, Kuster only defeated Lawrence by 5 percent, 50-45 percent, respectively, with Libertarian John Babiarz receiving 5 percent. The NRCC figures that if they can recruit a decent candidate and put a little money into the race, they could have a chance at ousting Kuster.

For Shea-Porter, the 1st Congressional District is always a toss up, mostly because it’s been a Shea-Porter versus Guinta contest every two years since 2010. The NRCC and the Democratic Congressional Campaign Committee usually throw a decent amount of funds toward the district’s candidates. It also helps the NRCC that Shea-Porter has been kicked out by voters before and she defeated Guinta in a crowded field. She won by a margin of 162,080 to 156,176, while independents O’Connor and Brendan Kelly and Libertarian Robert Lombardo garnered a total of 46,316 votes among them, possibly to the detriment of Guinta.

However, Republicans swept the 1st District in every other federal race. Donald Trump defeated Hillary Clinton by about 6,000 votes, former Sen. Kelly Ayotte beat Sen. Maggie Hassan also by about 6,000 votes, and Gov. Chris Sununu defeated former Executive Councilor Colin Van Ostern by about 18,000 votes. With the right candidate, the NRCC believes they can flip the district again.

Any ideas on who’s going to run against Shea-Porter or Kuster?

As recently as Wednesday, one Republican has indicated that he’s “seriously” interested in challenging Shea-Porter in the 1st District.

John Burt, a four-term New Hampshire House member from Goffstown, told WMUR that he has spoken with conservatives throughout the state and region about running for Congress. He said he hopes to make a final decision in the coming weeks.

“I have no doubt that I can beat Carol Shea-Porter,” he said. “In 2018, it’s going to be another 2010-type sweep of Republicans heading to D.C. and also to the New Hampshire State House.”

Other Republicans being talked about as possible candidates include state Sen. Andy Sanborn from Bedford and former state commissioner of the Department of Health and Human Services John Stephen, who is also a former gubernatorial and congressional candidate.

Don’t be surprised if Guinta makes another run for the seat he lost. Neither Shea-Porter nor Guinta ruled out running again in 2018 if they lost.

Earlier this month, the DCCC made Kuster the chair of its “Frontline” incumbent retention program, which gives special attention to vulnerable Democratic incumbents, so they must feel confident that she can win again in 2018.

However, former state Rep. Joe Sweeney of Salem previously told WMUR that he is “in the very early portion of exploring a run” for the 2nd District against Kuster.

“I firmly believe that Congresswoman Kuster does not adequately represent the district, and her performance and voting record presents a winnable path,” he said.

Senate President Chuck Morse could also be a potential candidate. The Salem senator is listed on the National Governors Association’s website as a former governor of New Hampshire. He served as acting governor for two days from January 3 to 5, when former Gov. Hassan resigned early to be sworn in as U.S. Senator. The New Hampshire Union Leader sees him as an option for Republican Party operatives still looking for a candidate.

Voters shouldn’t rule out seeing the two Republican frontrunners from the 2nd District GOP primary on the ballot either. Former House Majority Leader Jack Flanagan from Brookline indicated that he was hearing from supporters to run again in 2018. He lost the GOP primary to Lawrence by about 5,000 votes. Also, with Lawrence’s close finish to Kuster in the general election, he heard calls from supporters to consider yet another run. If he did, this would be his third congressional bid in six years.