Marijuana Debate in NH Should Be About Public Health, Not Politics 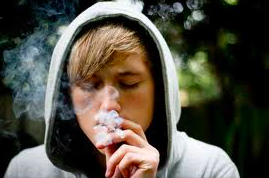 Now that the campaign season has come to a close, it’s time for legislators to put aside political differences and get to work on the issues that matter most. They must recognize that here in New Hampshire, the legalization and commercialization of marijuana is not a political issue; it’s a public health and safety concern.

As lawmakers, it is the duty of our senators and representatives to ensure that our state remains one in which our children grow up strong and supported. Time and again, scientific studies have shown that using marijuana during younger years, when young brains are developing, can have long-term negative health effects.

Our brains are built from the bottom up and are still developing through our early to mid-twenties. Using harmful substances such as marijuana during these critical years has the potential to negatively impact brain development and impair thinking, memory and learning functions. In addition, the earlier adolescents experiment with marijuana, or other illicit substances, the more at risk they are for developing substance use disorders later in life.

New Hampshire already has one of the country’s highest rates of binge drinking and substance misuse in young people, as well as the nation’s lowest perception of harm for marijuana. Simply put, our children are not aware of the dangers of marijuana use.

The legalization and commercialization of marijuana would only heighten these concerns by opening our state to the Big Marijuana industry, which would aggressively market its products to our young people, much like the tobacco and alcohol industries before them. We must show Big Marijuana that the health of our children and our state is not for sale.

We don’t have to look far to see the negative impacts of commercialization.  In other states that have legalized, sales of traditional marijuana have declined in favor of highly potent products, such as sodas, edibles, waxes and dabs. In these products, the amount of THC, the addictive component of marijuana, has increased significantly, reaching as high as 98 percent.

Furthermore, other states have reported that tax revenues from marijuana sales have failed to meet projections, and legalization has done little to close the illegal black market. Governor Hickenlooper from Colorado has gone on record saying there is still a black market for marijuana of $50 million to $75 million annually.  Law enforcement in Oregon recently intercepted $48 million worth of black-market marijuana headed to other states.

For these reasons and many others, legalization is not a good investment for our state, socially or economically. A recent report by the Centennial Institute at Colorado Christian University concluded that, for every dollar earned in tax revenue from marijuana sales, Coloradans spend approximately $4.50 to mitigate the effects of legalization. These increased costs include accidental poisonings, traffic fatalities, court costs for impaired drivers, and employer-related charges, among many others.

In New Hampshire, substance misuse already costs our economy more than $2.6 billion a year in health care costs, lost worker productivity and other charges. We already have some of the nation’s highest rates of youth substance use, and we struggle to fund effective prevention programs. Legalizing and commercializing marijuana will only increase costs and further expose our youth to another addictive substance. That’s a risk we Granite Staters can’t afford.