In Ann We Trust? 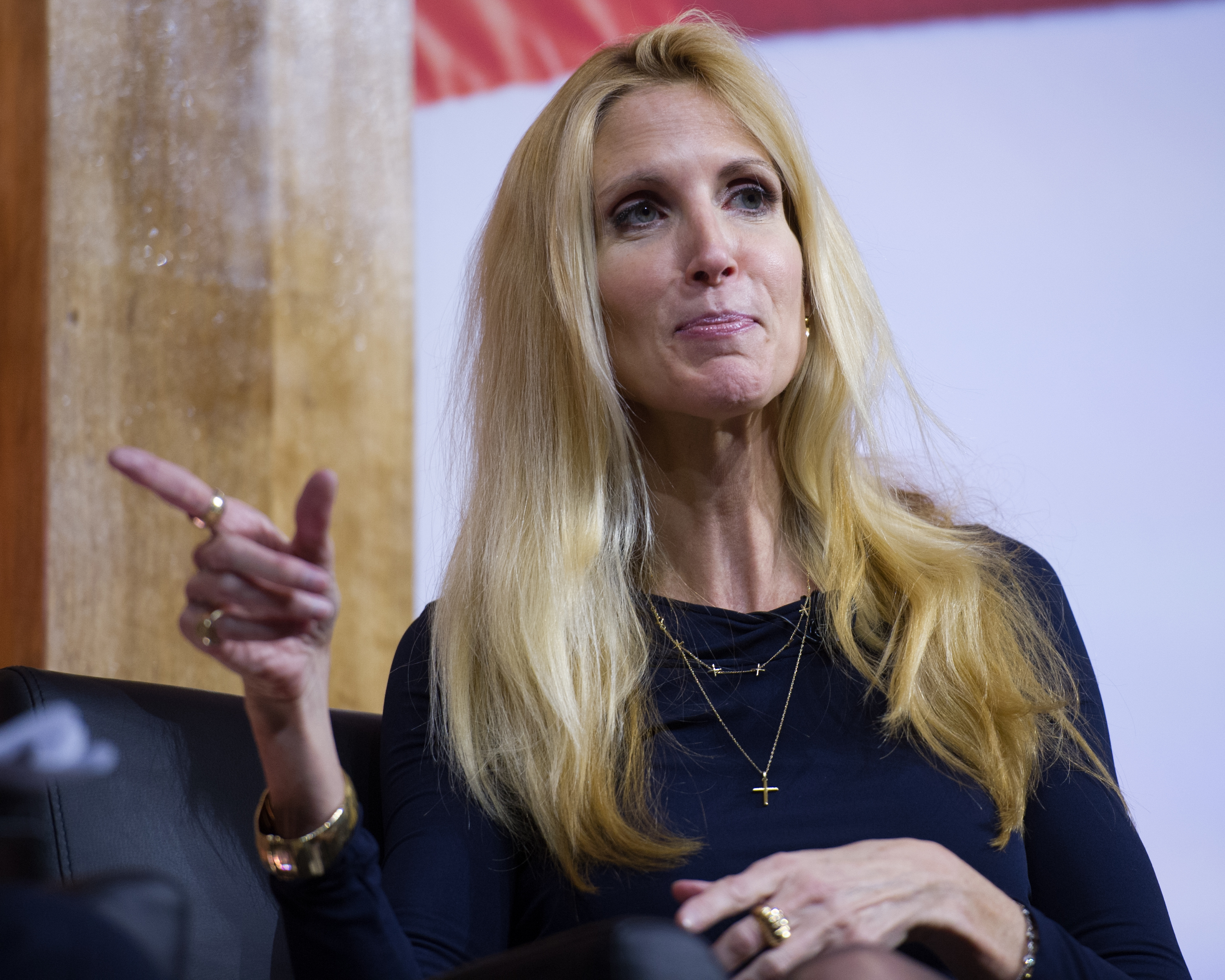 Bill Kristol may not be the only political pundit on the GOP’s possible 2020 POTUS list.  William Gheen, head of the influential immigration security group Americans For Legal Immigration (ALIPAC) has called on author and provocateur Ann Coulter to enter the race.  And he’s serious.

“I wish she would announce today,” Gheen told NHJournal.com on Wednesday.  “Her message should be ‘I’m running on Trump’s platform, except I’m serious about it.’”

ALIPAC isn’t a major player in the political money game—donating just $209,000 during the 2016 cycle—but it is influential among grassroots immigration activists.

The question is whether there’s a disaffected wing of the GOP primary electorate on Trump’s right to match the unhappy establishment GOP voters who would tend to support potential primary challengers like OH Gov. John Kasich or AZ Sen. Jeff Flake.

“When President Trump first ran, some of my members said ‘Why would you endorse him? He’s got no record on immigration. We don’t know if he’s conning us.’ And I said ‘Look, the guy’s running on our platform. If he diverges from that, I’ll be the first one to call him out.’ And I am,” Gheen said.

Gheen said if Ann did run, she’d likely focus on Iowa rather than the Granite State. “We’ve got a lot of strength out there on the immigration issue with leaders like Rep. Steve King,” Gheen said.

So how would mmigration activists in New Hampshire react to an Ann Coulter run? If Rep. Ann Copp (R-Merrimack), an activist on border security issues, is any indication, not well.

“Sink like a stone,” was Copp’s take on a Coulter candidacy in the Granite State. “We love Trump,” Copp said of New Hampshire conservatives. “I’m an ‘Always Trumper,’ not a ‘Never’ one.”

So far, no comment from Coulter herself—though she did take some shots at President Trump Wednesday night on Lou Dobbs’ Fox Business Channel TV show. Coulter calls Trump a “shallow, coarse ignoramus” (she meant it as a compliment. Seriously.) who was willing to tell the truth because he didn’t care what the elites thought of him. “Now all he wants is for Goldman Sachs to like him. I don’t know what happened. But that’s a different president.:

But has he changed enough to turn Coulter into a candidate?  Is she willing to run? Well, she does have some experience in the Executive Branch.  Fictional, but still experience: Remember Vice President Coulter from Sharknado 3: Oh, Hell No?”