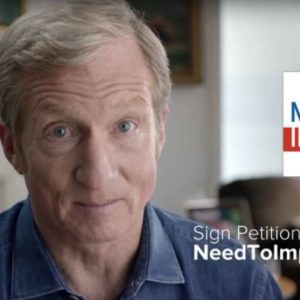 Swalwell’s Out. Steyer’s In?

For weeks Democratic strategists have been predicting some of their 25 candidates would start dropping out, shrinking the 2020 field before Labor Day. On Monday, they were half right.

California Rep. Eric Swalwell ended his presidential bid after just four months, and without ever polling above zero percent in the Morning Consult poll. Swalwell made gun control the centerpiece of his campaign, but if Swalwell 2020 is remembered at all, it will be for this line in the first round of the Democratic debates in Miami:

“I was six years old when a presidential candidate came to the California Democratic convention and said it’s time to pass the torch to a new generation of Americans. That candidate was then-Sen. Joe Biden. He was right when he said that 32 years ago. He is still right today,” Swalwell said. Swalwell is 38 years old, literally half Biden’s age.

Swalwell also made an (ahem) “unusual” fundraising plea featuring video of him changing a poopy diaper. 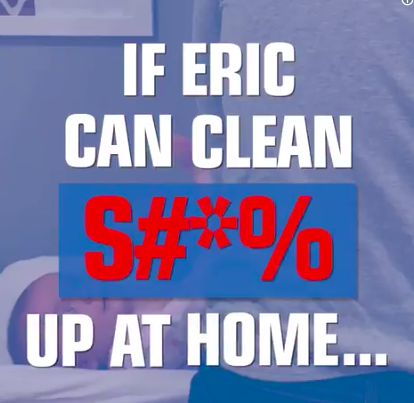 So the pundits were right. One California candidate dropped out…and another one is apparently about to jump in.

Billionaire Tom Steyer, who’s been spending millions for months on his #NeedToImpeach push, is reportedly planning to enter the 2020 race perhaps as soon as Tuesday. Steyer’s organization, NextGen America, has a network of paid staffers and volunteers, and it’s widely credited with helping Sen. Maggie Hassan pull out a razor-thin win over NH incumbent Sen. Kelly Ayotte in 2016.

NextGen continued its campus voter organization efforts in 2018, and Steyer certainly sounded like a potential candidate during a visit to Bow, N.H. last July.

The Washington Post quotes a source near Steyer who say “You never know with Tom until he actually pulls the trigger, but he’s telling a lot of people he works with and trusts that he’s going to do it. He wants in.”

But do Democrats want him in? One line of thinking is that Steyer could fill their airwaves with attack ads and drive down Trump’s (already-low) approval ratings.

Another line of thinking is that Steyer might be willing to use his media money to push out an unsteady Joe Biden and clear the field for a consensus Democrat with the staying power to take on Trump.

Whatever his motivations, few NH Democrats are unimpressed.

“I think he will have zero impact on the race itself,” one NH Democratic insider told NHJournal “Maybe he’ll move the needle on impeachment a little.  And maybe that helps the eventual nominee somewhat. Frankly, this is a completely inexplicable decision unless he’s thinking about it that way.  I’d be surprised if he makes it into any debates. Or even cracks one percent in any polls.”

Another longtime Democratic strategist told NHJournal dismisses the notion of Steyer entering the race for the sake of the Democratic Party cause:

“If he runs, it is because he sees a path (I’m not saying he has a path, I am saying he thinks he has a path). Perhaps he thinks Trump/RNC are raising so much money that he has to run because only two guys have the wealth to match Trump: Steyer and Mike Bloomberg.”

Apparently, the liberals at NY Magazine aren’t too thrilled with Steyer’s decision, either: 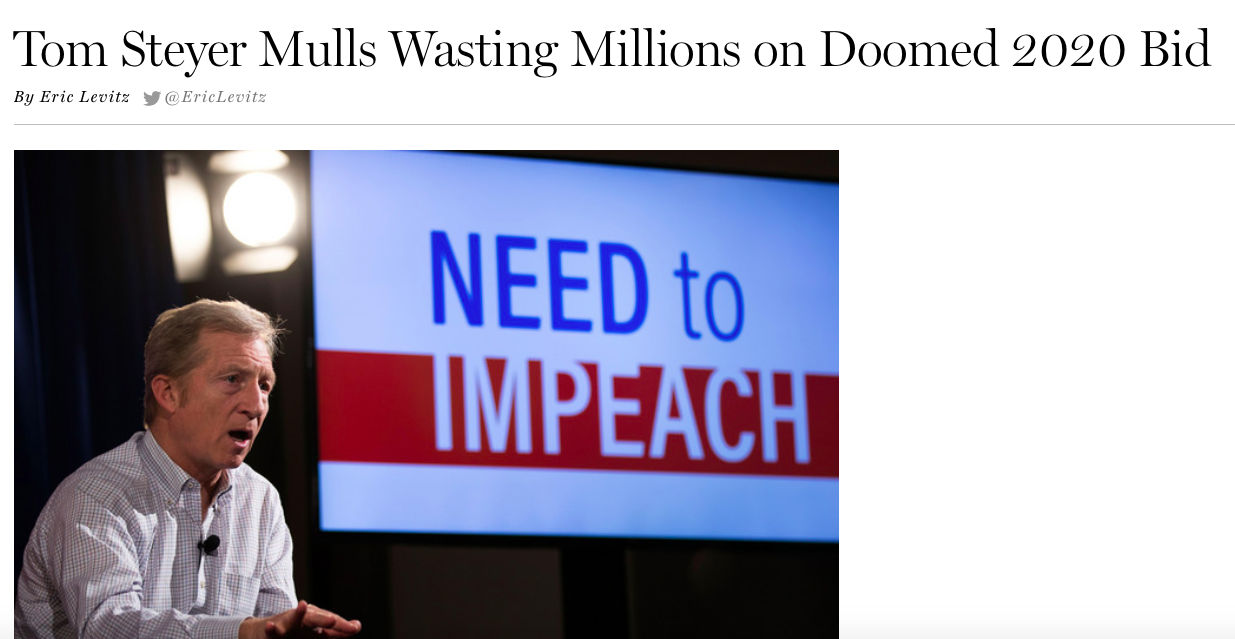