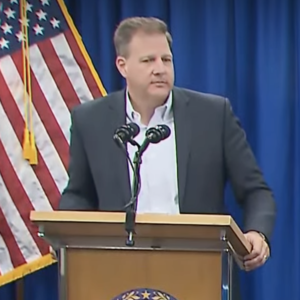 Supply Up, Shots Down: Has NH ‘Hit A Wall’ on Vaccination Rates?

New Hampshire’s still the top state for getting COVID vaccine shots into arms, but the pace of vaccinations has dropped significantly, even as the supply has increased. In fact, New Hampshire only holds the number one spot because the national pace of first-time shots has been even slower.

The Granite State is, without question, a vaccine success story. It has both the highest percentage of doses distributed (90 percent) and the highest percentage of citizens who’ve received their first dose (60 percent). An impressive performance, particularly considering many of those shots were delivered when vaccine supplies were extremely limited.

Today, the era of hours on the internet to get your first appointment is over. Walk-up (or drive-thru) appointments are widely available. Many available vaccination slots remain empty and the number of Granite Staters getting their shots is declining. 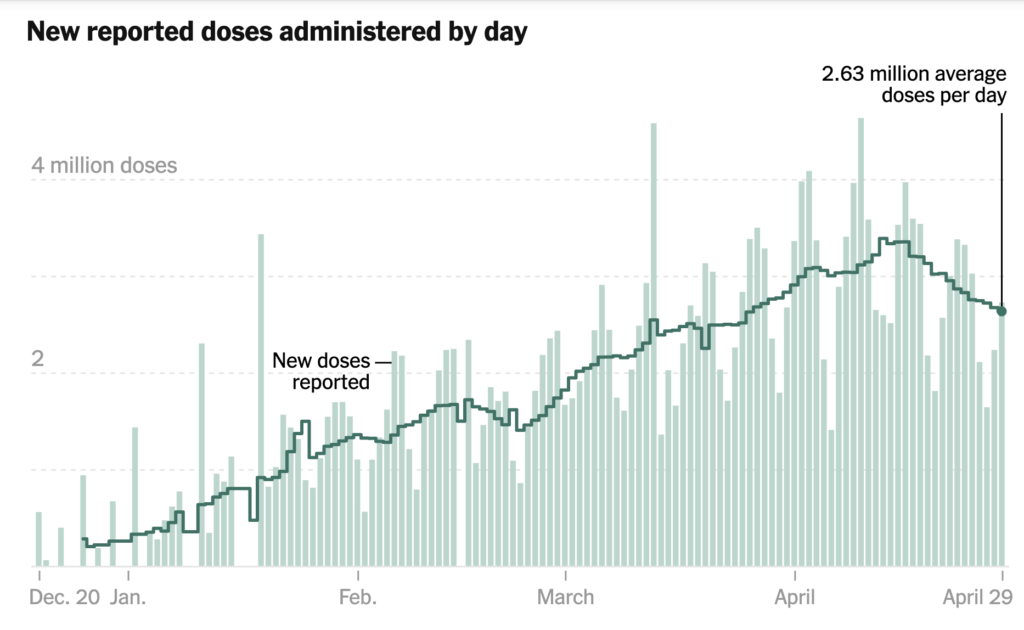 While this is far better than the national numbers, where the pace of first-shot deployments has plunged by 20 percent in the past two weeks, it’s still headed in the wrong direction — away from any hope of herd immunity. Even the “best state for distribution number” is disappointing, down from 95 percent just three weeks ago.

And yet, Gov. Chris Sununu told NHJournal, he’s not worried. All is going as expected.

“Am I concerned? No,” Sununu told NHJournal Thursday. “Obviously we wanted as many people to get the shot as possible, but so many folks have already gotten their first shots —  the number of people looking for a shot decreases every single day, by definition.

“So, of course, the demand goes down, and that’s naturally why we’ll see the demand keep getting smaller and smaller, probably until Memorial Day,” Sununu said “The rate of vaccination is happening exactly as we predicted.”

Perhaps, but even with 785, 340 Granite Staters having received their first shots as of April 29, there are still around 400,000 people age 16 and older who remain completely unvaccinated. In theory that’s more than enough demand to fill the available slots — if those people plan to get vaccinated at all.

Nationwide, the number of daily doses has fallen from 3.4 million to 2.6 million. Across the state line in Massachusetts, a Worcester vaccination site that was administering 600 shots a day last week is now struggling to fill 500 appointments this week.

“It’s very concerning to all of us. We’re not filling like we were just days ago. It’s been a dramatic change,” Candy Szymanski, the clinical supervisor at the site told NBC News.

Sununu acknowledges New Hampshire has yet to reach herd immunity, though he adds nobody is sure what that number is.  The question is what the Sununu administration’s plan is to get the low-motivation citizens or even vaccine reluctant ones to get their shots. For example, is it time to change the message away from the “if you’re fully vaccinated, you still must socially distance and wear a mask?” Does it help when President Joe Biden is wearing two masks while outdoors or wearing one during a video conference with world leaders?

“We’ve been very consistent: we want people to do what is safe,” Sununu said. “We don’t have a mask mandate here, but we always want to encourage it [mask wearing.].”

So no change in messaging, and no worries about declining vaccination rates in New Hampshire. But in Washington, Biden administration officials see a problem.

“If we’re going to be able to put Covid-19 behind us, we need to have all Americans take part in getting us to that point,” said Dr. Francis Collins, director of the National Institutes of Health. He called for public officials to focus on the positive impacts of vaccination and informing the public, not scolding and shaming.

“I think maybe there’s been too much finger-wagging,” Collins said. “I’ve done some of that. I’m going to try to stop and listen, in fact, to what people’s specific questions are.”

Then again, it may not matter. Nature will ensure New Hampshire reaches herd immunity as the virus continues to infect the unvaccinated until enough antibodies exist in the population to stop it.

And health policy expert Avil Roy of the Foundation for Research on Equal Opportunity tells NHJournal there’s little that can be done to change the behavior of the truly reluctant.

“A drop in vaccine rates is to be expected,” Roy said, because many people mistrust vaccines, and there all sorts of false rumors being spread that the vaccine can turn you into a mutant. The key is to get older folks vaccinated, which we have.”

More than 80 percent of New Hampshire’s elderly residents have been vaccinated.

The reversal of New Hampshire’s steadily rising vaccination rates appears to coincide with the FDA’s recommendation the popular Johnson and Johnson vaccine be pulled and its potential health risks studied anew. It’s a move Sununu has repeatedly criticized for undermining trust in vaccines overall.

At Thursday’s presser, Sununu was asked if vaccine rates had “hit a wall” in New Hampshire. “I don’t like that phrase because it implies there’s nothing we can do,” Sununu said.

What, exactly, his administration plans to do about the fading vaccine rates, remains to be seen.