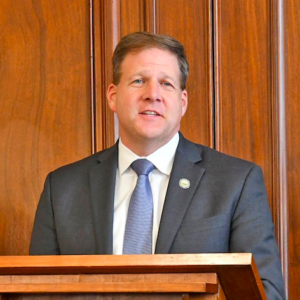 That’s the message legislators tell NHJournal they expect to hear from Gov. Chris Sununu when he makes his third budget address on Thursday. While the popular, third-term governor is likely to hit upon many issues, particularly the impact of COVID on the state’s fiscal fortunes, Sununu and his team have clearly telegraphed that tax cuts are a top priority.

“Because of good management — which NH set as the Gold Standard — our budget shortfall to end the biennium is now projected to be less than $50 million dollars,” Sununu’s office said in a release previewing the budget address.

“Unlike other states across the country, which are now raising taxes on businesses, taxing out-of-state workers, or enacting draconian budget cuts to cover their massive deficits, New Hampshire managed to mitigate the worst financial impacts of the pandemic — without raising taxes.”

With Republican control in the House and the Senate, tax cuts are an easy sell. The legislative and executive branches, though, will need to agree on which ones, how much, and when.

Sources inside the statehouse confirm reporting by WMUR that among the governor’s proposals will be:

Republicans in the legislature have already filed legislation to achieve many of these goals. But there are some serious debates within the GOP caucus about which tax cuts should be the priority.

Proponents of phasing out the interest and dividends tax say it makes New Hampshire more attractive for retirees, savers, and investors.

There’s support for reducing the Business Profits Tax and Business Enterprise Tax – the two largest revenue generators in the state — to spur economic growth as the state struggles with the impacts of the COVID economy.

Whether causation or correlation, this happened following previous tax reductions and led to a large surplus in the 2017-2018 biennium, setting New Hampshire up well headed into the pandemic.

There appears to be less support for cutting the meals and room tax from 9 percent to 8.5 percent. Economically speaking, tax experts say, the M&R Tax reduction sounds good in theory but doesn’t spur economic growth like lowering overall business taxes. The latter encourages businesses to expand or relocate to New Hampshire while cutting the tax on restaurants or hotel rooms by half a percent isn’t likely to impact the state’s business climate.

Maine taxes meals at 8 percent, Vermont ties us at 9 percent, and while Massachusetts has a lower meals tax rate, at 6.25 to 7 percent, the Bay State can have occupancy rental rates at up to 11.7 percent.

To make up for lost revenue from the tax reductions and a revenue deficit for the current fiscal year, the governor will propose spending reductions – nearly $70 million worth. However, that may not be enough to both cut taxes and make up for the lagging fiscal year that ends this June – which could have a deficit of up to $65 million.

Sources tell NHJournal house members are looking for even bigger spending reductions from Sununu. Where they’ll end up depends in part on the House Ways & Means Committee, which predicts in-flows for the next two fiscal years. House Finance, which spends the projecting revenues, essentially has to spend what it’s allocated. In short, the Finance Committee has to fund statutory programs if the money is there. If the money is not there, the committee can “suspend” a program for the budgeted years.

And Sununu does have some spending he’d like to do, including student debt relief.

The governor proposed forgiving some student debt two years ago in his budget address and will re-pitch the idea with a friendlier legislature.

Whatever Sununu proposes, he’ll have the power of high poll numbers to help push his agenda. On the eve of his budget address, the New Hampshire Institute of Politics at St. Anselm College released their latest poll. Sununu’s job approval rating is a sky-high 72 percent approve, 27 percent disapprove.

Democrats may not like what Sununu has to say about tax cuts, but with a popular Republican governor and a GOP-controlled legislature, there may not be much they can do about it.