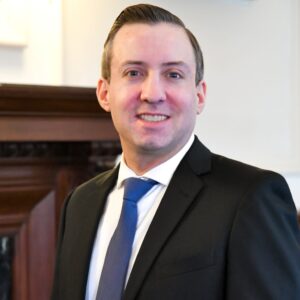 “Your plan is disastrous and counterproductive,” the letter reads. “From a policy perspective, this edict is unlikely to win hearts and minds-it will simply drive further skepticism. And at least some Americans will simply leave the job market instead of complying. This will further strain an already-too-tight labor market, burdening companies and (therefore) threatening the jobs of even those who have received a vaccine.

“The one-size-fits-almost-all approach you have decreed makes clear that you intend to use the OSHA statute as a pretext to impose an unprecedented, controversial public health measure on a nationwide basis that only incidentally concerns the workplace,” the letter reads.

It’s the second time this week New Hampshire’s low-profile Formella has joined his fellow GOP AG’s to get involved in a high-profile political fight. Formella also joined 22 attorneys general in a letter of opposition to H.R. 4, also known as the “John Lewis Voting Rights Advancement Act,” pledging to “aggressively defend our citizens’ rights to participate in free and fair elections without unconstitutional federal intrusion.”

South Carolina Attorney General Alan Wilson (son of Congressman Joe Wilson R-S.C.) is the head of the Republican Attorneys General Association, and he released a statement about the group’s efforts.

“President Biden’s proposed vaccine mandate is nothing but an unconstitutional power grab. We are a nation of laws, not men, yet the Biden administration has shown that it has no limiting principles,” Wilson said. “Republican attorneys general throughout our country are joining together in this fight for the rights of States, small businesses and individual liberty.

“We will not tolerate Biden’s tyrannical rule,” Wilson said.

Utah AG Sean Reyes also released a statement. “The proposed mandates are offensive on a number of levels: they violate constitutional separation of powers, reasonable notions of federalism and vastly expand the invasive reach of federal agencies under the guise of ’emergency powers.’ I am committed to continuing leading my colleagues to push back and fight this mandate all the way to the U.S. Supreme Court if necessary.”

And what has Formella said? Unlike other AG’s, his participation in these efforts isn’t mentioned anywhere on the New Hampshire Department of Justice’s website. Asked repeatedly by NHJournal to discuss his letter regarding H.R. 4, Formella refused.

“I’m going to point you back to the language in the letter,” spokesperson Kate Giaquinto said.