Sununu to Trump Voters: Time to Stop Whining, Biden Will Be POTUS

“Joe Biden’s going to be sworn in as president,” New Hampshire Gov. Chris Sununu said Tuesday, and he urged his fellow Trump voters to “move on for the sake of the country,” rather than continuing to reject the results of the election.

“I understand emotions are raw right now,” Sununu said of Trump supporters still talking up election conspiracy theories. “I don’t have the luxury of just sitting at home on social media and whining because my guy didn’t win — and my guy didn’t win. I supported President Trump and [Democrats] spent millions of dollars reminding people that I was a Trump supporter. But the election is going to be called for Joe Biden.”

Sununu made his comments on the Jack Heath radio show on Binnie Media in New Hampshire. (Click here to listen.)

The Granite State cast its four Electoral College votes for Biden on Monday, one of the first states to do so. Biden and the Democrats at the federal level handily won New Hampshire in November’s general election, even as Gov. Sununu and the NHGOP won the governor’s office and flipped the Executive Council and both chambers of the legislature from Democratic to Republican control.

Some die-hard Trump supporters point to that paradox as evidence something was amiss in the election process. On Saturday, a group of protesters gathered outside the statehouse in Concord to express their dissatisfaction with the election’s results. One person in the crowd loudly shouted, “Sununu is a traitor,” an apparent response to the governor’s insistence that the election, particularly in New Hampshire, was fair and accurate. 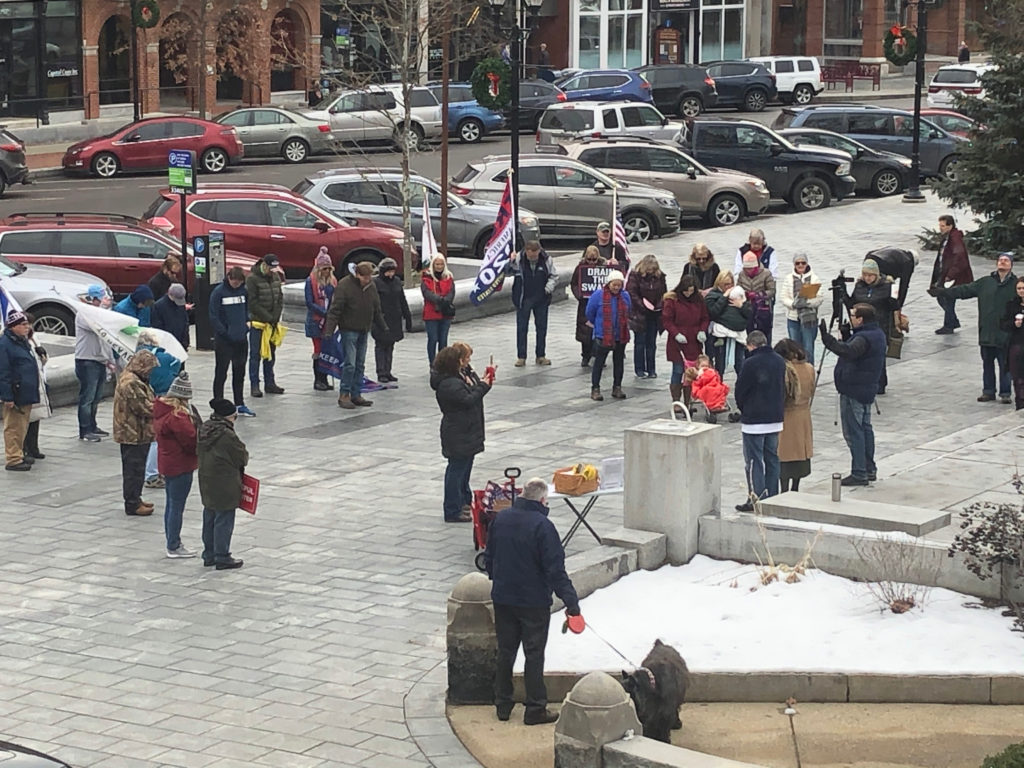 “We do elections right,” Sununu told Heath. “I’ve heard people say, ‘How is it possible that the State House went Republican and the federal races went Democrat in the same state?’ Well, if you asked any moderator when we did all the recounts here — and there were a lot of recounts — the answer is people jumped across the ballot. That’s what we do in New Hampshire. We jump across the ballot all the time,” Sununu said.

For example, Sununu received 151,000 more votes for governor than Donald Trump did for president, a sign of widespread ticket-splitting among Republican-leaning voters.

“I didn’t like it when people said ‘Donald Trump isn’t my president.’ It was very disrespectful. And nobody should be saying, ‘Joe Biden’s not my president,’ that’s not appropriate,” Sununu said.

“Everybody wants to react on their emotions and everyone thinks their emotions are the absolute end all, be all. It’s understandable,” Sununu said. “But we all have to just take a step back, take a breath. Joe Biden’s going to be sworn in as president.”