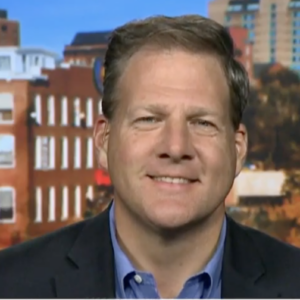 The GOP’s failure to capitalize on its midterm opportunity has inspired a flurry of finger-pointing at former President Donald Trump. On Fox News Wednesday, Granite State Gov. Chris Sununu joined the ranks of Republicans laying part of the blame at Trump’s feet.

He was asked by the network’s Neil Cavuto about reports Trump plans to announce his 2024 candidacy next week and warning others to stay out of the race. “Do you see a lot of people saying, ‘Gee,  I can’t wait to be arm-and-arm with former President Trump’ after the results we had yesterday?” Sununu asked. “I can’t imagine that. There’s going to be a lot of distancing: Of money, of voters, of folks saying clearly they have decided it’s time for us to move on.”

Sununu also gave a shoutout to Florida Gov. Ron DeSantis who had “a great night.”

Trump’s self-serving attacks on DeSantis elicited groans, even from his supporters, some of whom are ready to bail on the former president. A Granite State Trump supporter told NHJournal local Republicans paid the price for his attention-seeking shenanigans. “Trump cost Republicans here in New Hampshire,” the source said. “There’s just no shutting him up.”

And, the source said, voters are rejecting it. “Their entire message Tuesday night was a big middle finger to Trump and every candidate who tried to copy him.”

From the Virginia House of Delegates to the pages of conservative newspapers, more Republicans were speaking out publicly about Trump’s negative impact on their party.

“After three straight national tallies in which either he, or his party, or both were hammered by the national electorate, it’s time for even his stans to accept the truth: Toxic Trump is the political equivalent of a can of Raid,” John Podhoretz wrote in the New York Post.

When Cavuto asked Sununu if the struggling Trump-backed candidates “dinged” Trump’s standing, he turned the question around. “Don’t ask me. Why don’t you ask Oz, and Walker, and Lake?” Sununu responded. “By and large the major candidates he backed had trouble overcoming the brand that tended to scare people.”

Trump ally Corey Lewandowski was underwhelmed by Sununu’s attacks, however.

“I would love to ask how the endorsed Sununu candidates did in the general elections, but all his candidates lost in the primary – Massachusetts governor, New Hampshire CD 2, U.S. Senate (NH), etc.,” Lewandowski said.

Sununu argued Trump’s coming announcement that he is entering the 2024 race “won’t be the field-clearing candidate he thinks.” Sununu said, “He’s going to be one of a dozen candidates. Nobody’s going to be surprised by this announcement. Nobody cares. It’s a terrible time to announce.”

And, Sununu reminded viewers, “The last time I checked, you can’t govern if you don’t win. And we need winners.”