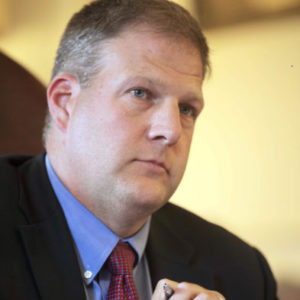 Republican President Donald Trump is 11 points underwater in New Hampshire. Across the nation, Democrats have an 8 point lead on the generic ballot question. A new poll finds that more than half of the voters in GOP-leaning districts believe Republicans are more corrupt than Democrats.  All the indicators point to a coming GOP pounding in the midterms. So how does a Republican governor in a purple state get re-elected in an election cycle like this?

Tear a page from the Clinton playbook: “It’s the economy, stupid.”

Or as Gov. Chris Sununu put it in an op-ed for NHJournal.com: “We’re all about the economy, and it’s working.”

On list after list after list, New Hampshire’s economy ranks at or near the top for performance. Whether it’s jobs or income or quality of life, every conversation about what Democrats have long called “kitchen table issues” is a winning conversation for Chris Sununu.

This may explain why the two Democrats in the race, former state senator Molly Kelly and former Portsmouth mayor Steve Marchand, have spent so much time talking about cultural and political issues like abortion and President Trump, instead of campaigning on their plans for the economy. In fact, the “Issues” page at Kelly’s website doesn’t have a single mention of an economic proposal. Not one. Instead it promotes education spending, opposing school choice, supporting abortion rights and environmental activism.

Marchand’s “Issues” page lists the economy right at the top (just above “Abortion,” “Legalization of Cannabis” and “Gender Identity and Expression”) but Marchand names opioid addiction and education spending as the top two priorities.

Then again, what else are they supposed to do? With unemployment at 2.7 percent, the fastest-growing economy in New England, and higher state tax revenue driving down business tax rates, there’s not a lot of ammunition for Sununu’s challengers to use against him on the economy.

The bright spot for Democrats is that, thanks to Trump, good economic news may not be enough to save any swing-state Republican in November’s midterms. Anti-Trump passion could kick over the “kitchen table” as low-motivation voters who usually sit out midterms pour into the polls to cast a vote against Trump.  And since Trump won’t be on the ballot, that means a vote against any candidate with an “R” by his name.

The New Hampshire GOP is in rough shape. Their fundraising has been abysmal.  Meanwhile, none of the Republicans in the two congressional races have caught fire as of yet.  Plus….Trump. Who knows what he’ll say or do between now and November.  Which means that,  as of today, if Sununu’s going to win this election, he’s going to have to do it on his own.

As one of the most popular governors in the US and with the help of a red-hot economy, Chris Sununu can do it. But it’s going to be a battle to the bitter end.