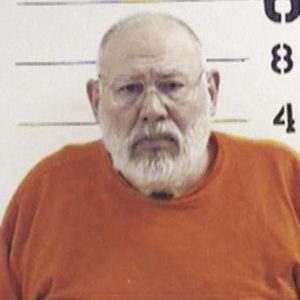 Gov. Chris Sununu calls the early release of a violent offender in response to the coronavirus “very alarming” and raised questions about the judgment of the judge who did it. The release is part of a national debate pushed by advocates of “decarceration,” who see the coronavirus threat as an opportunity to achieve their goal of getting more convicted criminals out of prison and lowering the overall incarceration rate in the U.S.

This debate hit the Granite State over the weekend when an employee of the New Hampshire Department of Corrections tested positive for coronavirus and news hit that a Carroll County judge had released a violent felon over COVID-19 related health concerns raised by Jail Superintendent Jason Henry.

According to a statement by the victim rights group Starting Point, the offender, Terrance Perkins, “was convicted of two counts of domestic violence criminal threatening with a deadly weapon for threatening family members with a gun. He has subsequently been charged with assaulting a female corrections officer.”

Now the 73-year-old Perkins has been ordered confined to his Tamworth, N.H. home by Judge Amy Ignatius, the same home where was threatening family members with weapons. “We have the research and the data models to know that individuals that commit acts of domestic violence with a deadly weapon pose a high risk, and that is exactly what Mr. Perkins was convicted of and was sentenced for,” victim rights advocate Tiffany Roberts told WMUR.

Gov. Sununu isn’t happy about it, either. During Monday’s COVID-19 update presser, he expressed his concerns about Perkins’ release.

“My administration had no part in that at all. That is a decision solely taken by that judge,” Sununu said. “I don’t know the specifics of the situation, but I can tell you it’s concerning…it’s very alarming.”

As for the judge herself, Sununu added, “We want to make sure that this isn’t a pattern. I would hope that the judge used the best judgment in making that call.”

New Hampshire’s county jails have been granting early releases on a case-by-case basis for several weeks as the coronavirus outbreak has spread. And while Sununu distanced his administration from the release of Perkins, his own Department of Corrections is considering prisoner releases as part of their COVID-19 strategy as well. NHDOC spokesperson Laura Montenegro told NHJournal the department is considering “opportunities to engage in discretionary releases.”

“The Department continues to work with appropriate partners to examine increased access to At Home Confinement and other releases contemplated pursuant to NH RSA 651:25 with a specific focus on those who, per the CDC guidelines, are at higher risk due to their medical conditions and age,” Montenegro said in an email. As of late last week, the NHDOC had expedited two “At Home Confinement packets,” as the department puts it.

When NHJournal asked him if he had spoken with NHDOC Commissioner Helen Hanks about an early-release strategy, Sununu acknowledged speaking to the commissioner “about the ‘if, then and what’ scenarios” of potential coronavirus problems in the prison system.

“In terms of releasing prisoners as a means of responding to the COVID crisis, we’re definitely not at that point,” Sununu said. “And I hope we never get to that point.”

That’s exactly the point, however, that advocates of decarceration like the New Hampshire ACLU would like to reach.

“This is a crucial step to helping protect some of the most vulnerable [sic] Granite Staters from a #COVID19 outbreak in jail or prison,” the ACLU-NH tweeted regarding early prisoner released. “At least 13 other states across the country are taking similar creative actions. #PeopleNotPrison”

They also released a letter urging local police “to limit the number of people who are arrested and detained,” and for state parole officials to “expedite and expand release opportunities for incarcerated people.”

Meanwhile, cities practicing “no-arrest” strategies like New York are experiencing a surge in burglaries. And Boston has imposed a 9pm-to-6am curfew, a move that won’t have any impact on the virus’ spread (it’s no more contagious at night than during daylight hours), but it could have an impact on public safety.

Sununu sees a challenge for public safety in general. “When you’re in a pandemic situation, a situation with a massive amount of economic instability, that is a recipe for situations on the front lines of law enforcement and public safety. We’ve got to be right there supporting them,” Sununu said.