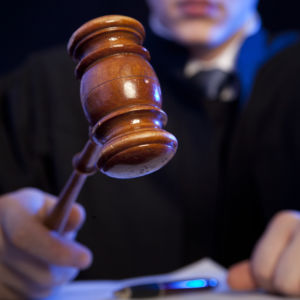 Controversial Bedford town moderator candidate Brian Shaughnessy, best known for his role in the town’s bungled elections in 2020 and 2021, sent a “cease and desist letter” to his write-in opponent Wednesday night in response to criticism of Shaughnessy’s role in the fiasco.

“This is…a cease and desist letter alerting you to false and potentially defamatory statements made on your website,” Shaugnessy wrote. [Read the entire letter here.]

Threatening legal action over a town political campaign is an unusual move for a candidate. But it is even more notable by the fact Shaughnessy is both an attorney and Gov. Chris Sununu’s nominee to become a Circuit Court judge.

Bedford’s town election is Tuesday, March 8. The GOP-controlled Executive Council is scheduled to hold a hearing on Shaughnessy’s judicial nomination the next day.

One Republican Executive Councilor, Dave Wheeler, has called on Shaughnessy to either withdraw his nomination or for Sununu to pull it.

Shaughnessy is at the center of the scandal surrounding Bedford’s mishandling of the 2020 general election. It was learned town election officials failed to count 190 ballots, then kept that information secret from both the town council and voters for nearly a year. The town sent a letter falsely claiming it had been instructed by the state Attorney General’s Office to keep the information secret. Shaughnessy later admitted he was the person who counseled town officials to remain quiet, and he falsely claimed town officials could face prosecution if they informed the public about the ballots. 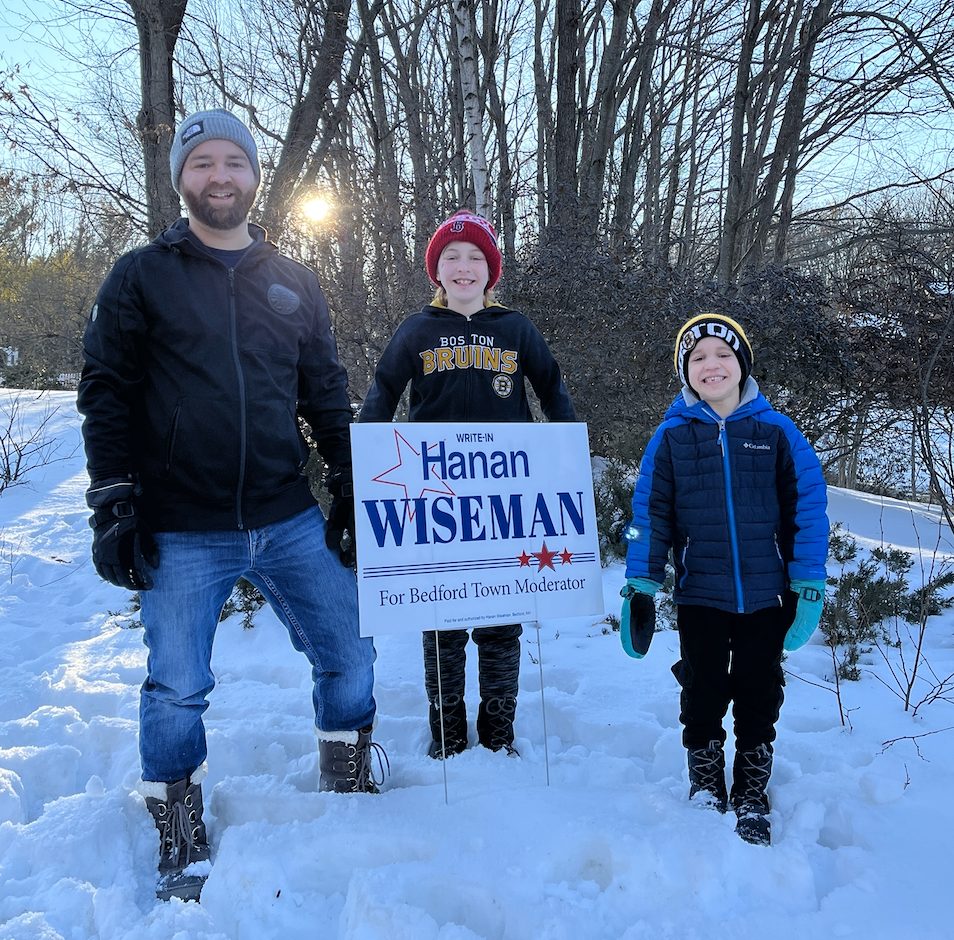 Hanan Wiseman has some help as he puts up signs for his write-in campaign for Town Moderator in Bedford, N.H.

While Shaughnessy is the only person on the ballot in the town moderator race, his handling of the election errors and the aftermath inspired a write-in campaign by Air Force veteran Hanan Wiseman.

In particular, Wiseman has been critical of Shaughnessy’s repeated statements that he had no duty to inform voters of the fact their ballots weren’t counted and that, as the town’s assistant moderator, he didn’t answer to the voters or their elected officials.

Now, with less than a week until the election, Shaunessy has sent a threatening message to Wiseman accusing him of making defamatory statements and exposing himself to potential legal action. While allegations of defamation are shrugged off by knowledgeable election law attorneys, Shaughnessy appears to take it seriously.

Shaughnessy’s letter did not specify any “false statements” or what claims he considered defamatory. And he declined to respond to a request for clarification from New Hampshire Journal.

If his goal was to scare Wiseman out of the race, the write-in candidate says it didn’t work.

“No, I’m not going to back down. I want people to know who he is,” Wiseman said. “He wants to use his power to threaten and bully people. That’s another reason we shouldn’t trust him to oversee our elections.”

Wiseman says he has made hundreds of contacts with voters since beginning his campaign and he is getting overwhelming support. While a few people want him to talk about his qualifications — Wiseman is an air traffic controller with a B.A. in applied sciences — most voters want to talk about Shaughnessy and the embarrassing Bedford election story.

Asked what he would have done if he had been serving as town moderator in 2020, Wiseman says, “I would have immediately made our mistake public. I would have informed the secretary of state, of course, but the voters have a right to know when the people who work for them make a mistake.” And, Wiseman noted, there is no conflict between having a full investigation of what went wrong during the election and being fully transparent with the public.

And what about the allegation of defamation? “I have one phrase that’s incorrect: I say Shaughnessy said he doesn’t work for the people. The actual quote is that he doesn’t answer to the elected town council –who of course represent the people. So, no.”

Former Speaker of the Hosue Bill O’Brien is an attorney and a veteran of many political campaigns. He dismissed Shaughnessy’s legal claims as unfounded.

“The most disturbing part of the letter is a judicial nominee who doesn’t seem to know the basic legal requirements of defamation,” O’Brien told NHJournal. “In particular, the fact that the bar for defamation for a public official is extremely high.”

And that is significant, O’Brien said, because if Shaughnessy becomes a judge, he’s likely to face plenty of criticism.

“What he’s going to find out is that half of the people who come before him aren’t going to be happy with the results. They’re going to be critical. They may say things he doesn’t like or doesn’t believe are true. It’s part of being a public servant,” O’Brien said. “The people have the right to criticize you — believe me, I know. And that’s a good thing.”

Bedford Republicans are still scratching their heads over Sununu’s decision to pick Shaughnessy, who is registered unaffiliated and has voted only in Democratic primaries going back to at least 2010. Picking him in the wake of Bedford’s problems has energized the GOP base concerned about ballot security and election integrity, a group already at odds with Sununu.

And, O’Brien added, Shaughnessy’s letter smacks of the elitism so many voters find off-putting.

“Sending this letter fits with the tenor of the times, unfortunately. Instead of fighting speech with more speech — which is the usual way to campaign for office — this is trying to silence the opposition. Most Republicans feel like they’ve had enough of that.”