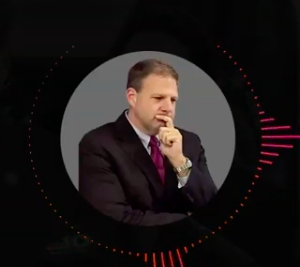 Navigating the politics of the coronavirus crisis is tricky even for the most experienced campaign pro. The situation is volatile and, unlike most political issues, policy decisions regarding COVID-19 are literally a matter of life and death.

When it comes to Gov. Chris Sununu, the coronavirus — and his 2020 re-election bid — Democrats have settled on an interesting strategy: brute political force.

After weeks of silent acquiescence, New Hampshire Dems have come out swinging. They’re in court asking for an injunction to stop Sununu from spending coronavirus emergency funding without going through the Democrat-controlled Fiscal Committee — a move that could literally stop checks from reaching New Hampshire businesses and families in need.

They’re accompanying that legal action with full-throated attacks on Sununu as a power-hungry, would-be dictator.

Over the weekend, NHDem state party chairman Ray Buckley tweeted that Sununu was “naming himself king and ignoring the NH constitution.”

On Monday, Democratic gubernatorial candidate and Executive Councilor Andru Volinsky penned an op-ed for the Concord Monitor with the headline “No Governor Should Declare Himself King.”

“The creation of the Governor’s Office for Emergency Relief and Recovery (GOFERR) is a dangerously misguided, unprecedented power grab that allows the governor to spend more than $1 billion with zero oversight,” Volinsky wrote.

”In the middle of this pandemic, it is more important than ever that we follow the rule of law and have a quick, open, and transparent process,” Feltes tweeted. “Gov. Sununu rejecting the role of the legislature is a dangerous power grab in the midst of a crisis.”

Unfortunately for New Hampshire Democrats, the attitude among voters for the moment is that they want a governor (and president) who wields more power, not less. Polls show Americans support more aggressive action in the fight against coronavirus, and offering a civics-class defense (and a legally weak one at that) isn’t likely to impress voters.

If the NH Democrats’ legal actions delay a single dollar on its way to a single Granite State business or family, this lawsuit will instantly become a major loser for their party.

The ad accuses Sununu of not acting quickly enough to address the COVID-19 threat, and it repeatedly flashes the phrase “Sununu Flu” on the screen.

It’s allegedly a reference to Sununu talking about the coronavirus in the context of the seasonal flu, but it appears to be an attempt to make “Sununu Flu” synonymous with a virus that’s claimed the lives of more than 20 Granite Staters and thousands of Americans.

“First, the Democrat leaders look uncooperative and petty by instigating a lawsuit against a popular governor over control of the purse strings,” says veteran NHGOP strategist Mike Dennehy. “Second, the Democrats risk the appearance of turning N.H. into Washington by playing partisan political games with COVID-19. Both leading to a bad outcome for Democrats at the ballot box in November.”

But some NH Democrats aren’t impressed, either.

“I don’t think the ad is very good,” Democratic state Sen. Lou D’Allesandro told NHJournal. Other NH Democratic players also said off the record that they think this DGA ad — which they pointed out repeatedly is an out-of-state organization —  hurts local Democrats because it makes them look desperate.

But what else can Democrats do when polls show Sununu’s approval rating is at 61 percent — among Democrats?

“Democrats are in a very tough position as they look ahead to the gubernatorial election,” says Wayne Lesperance, political science professor at New England College. “Sununu has unprecedented support among Granite Staters, regardless of policy.”

Lesperance tells NHJournal the Democrats’ strategy of linking Sununu to Trump and trying to raise questions about his performance “is understandable, I just don’t think it will work.”

“It’s unlikely to penetrate the perception that Sununu is doing a good job managing the crisis. What’s more, the response ad writes itself: ‘Where were the Democrats when this all began?’ If they were concerned about executive overreach they could have pushed back in the early days. In fact, they are complicit in what they are complaining about,” Lesperance said.