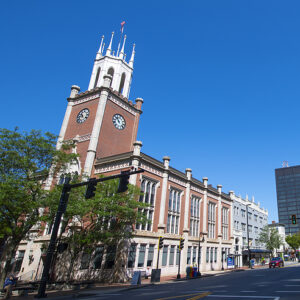 At last week’s Manchester Board of Mayor and Aldermen meeting, Mayor Joyce Craig presented her plan for spending $43 million in taxpayer money from the American Recovery Plan.  Her presentation was concerning for several reasons. However, one aspect was made clear once again: this mayor is operating within a silo, and is completely disconnected from the work being done on the state level.

Mayor Craig’s failure to understand how to communicate with and work with the state has been a chronic issue.  Having a mayor with legislative experience and relationships with the state benefits the city.  Past mayors have brought that valuable experience to the city. As a former legislator and NH House Assistant Majority Leader, I will do the same.

In Chapter 90 of the state budget, home visiting is made available to all Medicaid-eligible pregnant women, infants, and families with children up to age 1 without restriction. Yet, the Mayor is allotting more money for the same. She includes funding for healthy food initiatives at corner stores. Again, in the state budget, the SNAP incentive program is enabling recipients to receive a dollar-for-dollar match for fresh fruits and vegetables with the emphasis on locally grown foods available through all participating food retailers.  These duplicative efforts only burden the taxpayer, proving that cooperation with the state benefits the citizens.

I’ll agree that Joyce did have a few good points in her plan regarding better connections within our community, but the fact is that this premise is something I have been advocating for continuously for the past four years. Where we part ways, however, is that I would not use these funds to grow government for that purpose. Instead, I would work with the existing non-profits, faith-based groups, and agencies to form a coalition of partners that work in cadence with each other.

The Mayor has recommended using the one-time money to significantly increase the department of health and human services workforce by thirteen community workers. These are thirteen workers who the taxpayers will be on the hook for when the funds run out.  Again, the state has just included a streamlining of DHHS in the budget.  The city should be working with the state agency to coordinate efforts.

She wants to hire three park rangers. Manchester is struggling to complete its complement of police officers as it is. If we could fill this compliment with the salaries currently budgeted, we could have the mounted police and officers on bikes patrolling the parks and trails. Hiring three new positions is unnecessary and again leaves the taxpayers holding the bag after the money dries up. Growing government and leaving the taxpayer to foot the bill seems to be her only plan.

When the mayor has reached out to the legislature, it has been to send testimony against education savings accounts for poor and underserved children. She stated that she disagreed with public money being used for private schools.  Yet included in Craig’s vision is $3 million for scholarships to be allotted only to SNHU, which is a private college.  The funds can only be granted to support the continued education of Manchester public school graduates.

Apparently, the Mayor is unaware or doesn’t care that several of Manchester’s poor, refugee, and immigrant children attend private schools on scholarships thanks to generous donors — and could also benefit from college scholarships.  A better use of those funds would have been a  $3 million scholarship program where the students are given the money to spend on the education of their choosing, be it community college, private college, state college, or a trade school.

What was missing from the discussion was the fact that these funds may be used for tax rebates for residents or to reduce property taxes. They may be used for education and can also be used to make investments in water, sewer, or broadband infrastructure, among other initiatives.

In my opinion, the way these funds are spent should be discussed in a hearing that is open for comment by the taxpayers. I understand there was a survey, but only 159 people responded to that survey, and almost 6% were not from Manchester.

In contrast to Mayor Craig’s plan, which increases the size of government, duplicates the state’s efforts, and ignores the fact that our children have been left behind by our schools this year, the following should be considered in the discussions:

Each of these solutions benefits the taxpayers, reduces costs to the city in the long term, and prioritizes our citizens.

In addition to the vote supporting the allocation of the ARP funds and therefore growing city government and the burden to the taxpayers, the board voted to send school charter revision to the ballot.  Should this pass at the voting booth, the Mayor will be able to shirk all responsibilities as chair of the school board while simultaneously allowing for autonomy of the board of school committee to become its own unbridled taxing authority not beholden to the tax cap.

This singular meeting may have been more damaging to the taxpayers of Manchester than any budget that has passed under better scrutiny and public input.  Manchester citizens deserve better than a big government, tax-and-spend mayor who caters to her friends and leaves the taxpayers footing the bill.  Manchester needs new leadership with a clear direction for the city that honors the citizens and respects the hard-working people who pay for all of the city’s services and salaries.  Mine is a blue-collar family.

I understand the repercussions to the families of my city, and as Mayor, I will hold have a transparent government that honors its citizens and puts the people first.

Victoria Sullivan is a candidate for mayor of Manchester, a former New Hampshire State Representative and Assistant Majority Leader who served two terms on the House Education Committee. She wrote this for NHJournal.com.