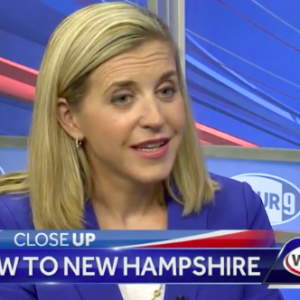 After one of her Democratic competitors compared her to “Neo-Nazis and Southern Revivalists,” N.H. congressional candidate Maura Sullivan issued a statement to NHJournal.com clarifying her statement that she believed states should decided for themselves if statutes and other memorials to the Confederacy were appropriate.

In a televised interview over the weekend, Sullivan–a candidate in the Democratic primary to replace retiring liberal congresswoman Carol Shea-Porter– was asked about her work on the American Battle Monuments Commission and her position on Confederate monuments and memorials. “Do they deserve to remain standing?” she was asked.

Rather than condemning their display, Sullivan simply said  “That is an issue for states and local communities to decide for themselves.”

Her response inspired outrage from local liberals. Terence O’Rourke, one of the progressives running against Sullivan in the primary, issued a statement denouncing her:

After a day of controversy and heated reaction on social media, Sullivan sent the following statement to NHJournal:

Interestingly she added the claim that she now wants the Confederate monuments removed, which she didn’t mention in her original answer. Nor did she or her campaign make that statement when first contacted by NHJournal.com for comment.

And while she states that she will not support any federal funding for Confederate monuments, she is silent on the issue of an outright ban on such monuments from all federal property, which has been proposed by Congressional Democrats and could be brought to the House floor for a vote if Democrats win a majority.