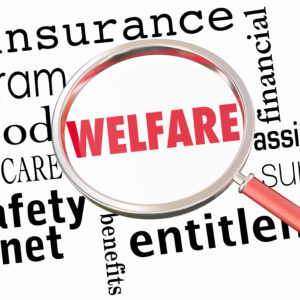 The annual Family Prosperity Index is out and, while New Hampshire didn’t make the Top 10 (it’s ranked #16), the study’s authors did use the Granite State to make their case for more economic liberty vs. reliance on government. They used the case study of New Hampshire and its neighbor, Maine (FPI ranking: #39).

After pointing out the many similarities of the two states, the study reports:

Between 1929 and 1950, Maine and New Hampshire had similar per household incomes, and the private sector was roughly the same percentage of each state’s total income  In 1951, though, Maine enacted a sales tax, which increased public sector spending and crowded out the private sector. After that point, New Hampshire’s per household income began to steadily pull away from Maine’s.

According to the study’s authors, Maine’s decision to enact an income tax and aggressively expand its welfare system (as recently as 2012 Maine was the only state to rank in the top 10 for food stamps, welfare payments and Medicaid) diverged greatly with New Hampshire’s low-tax and low-regulatory approach. 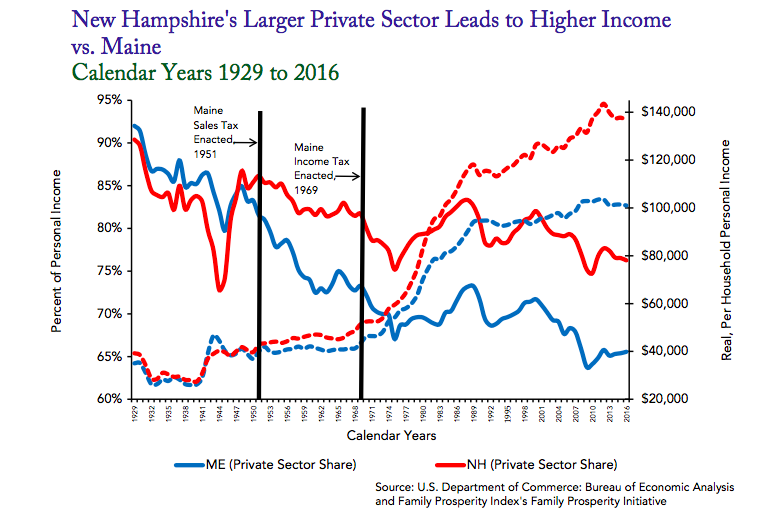 As a result, the FPI reports, Maine has one of the smallest private sectors of any state in the nation (rank: #41), while New Hampshire has the second largest–and 16 percent larger than Maine’s.

Maine has enacted a series of welfare reforms and, as a result, the state has experienced a 90 percent decrease in able-bodied, childless recipients.