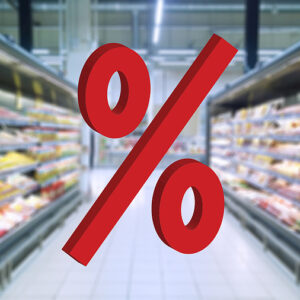 The federal Department of Labor released the horrifying news on July 14:  Inflation had jumped by 9.1 percent, the fastest rate since November 1981. In June alone it was 1.3 percent.

That means the average family had to spend at least $500 more last month to maintain the same standard of living they enjoyed this time last year. The Producer Price Index, which forecasts consumer prices, was up a whopping 11.7 percent, a full 1 percent above what was expected. It’s the fourth straight month President Joe Biden and the Democrats gave us inflation higher than projections.

Those numbers are a disturbing glimpse into the economic future awaiting us in the coming month.

While Democrats are trying to push abortion as the number one issue in the U.S. right now, recent polls prove the abortion coverup isn’t working. In those polls, voters point to inflation and higher prices as their top concerns right now, significantly over abortion.

And what is the Biden-Hassan-Shaheen-Pappas agenda doing about all of this?

Raising taxes on local businesses and farmers; driving our Strategic Petroleum Reserves (SPR) oil to the E.U. and China; forcing massive pay cuts for American families; and wreaking havoc on our local economies.

They are not even doing the bare minimum to fake any attempt at helping U.S. citizens and Granite Staters.

Maggie Hassan had the deciding vote to continue rising inflation and unnecessary spending via the American Rescue Plan. She claims to want to lower costs for Granite Staters, yet pivots and does the exact opposite. Just when we think she’s hit rock bottom, she keeps digging. Hasn’t she done enough to make our economy and livelihoods worse?

We hit a 9.1 percent inflation rate in June, and we all know it will only continue to increase drastically if we have the Hassan-Pappas-Shaheen-Kuster agenda representing us in D.C.

It is time we hold these fraudulent liars accountable.

In order to keep our heads above water, we have to remember who brought us to the surface:

Republican leaders. Hassan, Pappas, Shaheen, and Kuster will only continue to drown us.

Stephen Stepanek is chairman of the New Hampshire Republican Party. He wrote this for NHJournal.com.