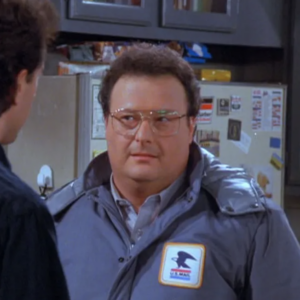 STEIDLER: Postal ‘Reform’ A Bailout for USPS, Bad for Customers

At its core, PSRA is a bailout. It wipes away $57 billion in defaulted debt that the U.S. Postal Service (USPS) has failed to pay for its Retiree Health Benefits Fund since 2011.

Today it takes longer to send a first-class letter than in the 1970s. Mail delivery time standards were significantly slowed in both 2014 and 2021. USPS has never met either of the slower standards. And recently USPS officials have been blunt in saying it will be years before the 2021 standards can be met, even with PSRA passed.

But while USPS put the longer target delivery times in place on October 1, 2021, they now say they never intended for the 95 percent on-time delivery to be in effect on October 1, 2021. USPS’s prior words and actions, however, tell a different story.

On March 23, 2021, in its ten-year strategic plan, Delivering for America, USPS said, “Updated service standards will position us to achieve significant cost savings and provide service that meets or exceeds 95 percent on-time reliability.”

USPS repeatedly told the Postal Regulatory Commission (PRC), which opened a docket on the service standards, that it would promptly meet them. The PRC expressed skepticism about USPS’s ability to do this when it issued an Advisory Opinion against the USPS proposal on July 20, 2021.

The first sign USPS did not intend to meet the new 95 percent standard came on November 10, 2021. That day, Postmaster General Louis DeJoy said, “We will implement this standard change in the second quarter of this fiscal year and expect to reach our commitment of 95% on time performance in fiscal year 2023.”

That target has been pushed back further. In a March 15, 2022 legal filing with the PRC, USPS now says, “The Postal Service intends to transition to 95% over several years as the infrastructure and network changes necessary to achieve this performance are implemented.”

This follows a disturbing pattern from 2014. Then, as now, USPS pushed for lower standards. It never met the 2014 standards. USPS seemingly has no intention of meeting the 2021 standards, either.

Postal reform legislation should have codified mail delivery standards, or at least required USPS to state the costs of meeting the 2014 standards. Instead, it gives USPS a complete pass.

There are other major omissions in PSRA.

PSRA does nothing to spur USPS to better understand its costs so that it cut them where appropriate and more accurately charge customers for the actual cost of the product or service being used.

It also does not define the mission or Universal Service Obligation of USPS. It fails to significantly strengthen the Postal Service’s regulators and it does not address other defaults USPS has made on its pensions.

For the sake of the American people, Congress needs to start over on postal reform.

Paul Steidler is a Senior Fellow with the Lexington Institute, a public policy think tank based in Arlington, Virginia. He wrote this for NHJournal.com.