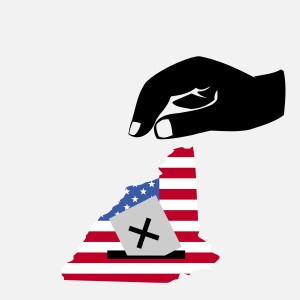 Divining what role, if any, the life issue played in this New Hampshire race is difficult.

Just days before the election, the NH Journal published comments Spagnuolo made at a public forum: “I believe in the sanctity of life,” Spagnuolo told a group of NH voters at a recent forum. “I’m probably in the minority with my fellow Democrats. But I guess it’s the way that I grew up.”

At the time, Kristen Day, Executive Director of Democrats for Life America said Spagnuolo “should expect major pushback from the party.” So it was perhaps unsurprising that, within hours of the NH Journal story’s publication, Spagnuolo responded with a statement:

“While I believe as much in my personal life, I don’t think it should be the government’s role to tell women what they can or can’t do with their bodies.”

Spagnuolo’s position echoes that of Conor Lamb, who’s running a close race in Pennsylvania’s heavily Republican 18th Congressional District.  Lamb, a Catholic Democrat, told The Weekly Standard, “We believe that life begins at conception,” he said, “but as a matter of separation of church and state, I think a woman has the right to choose under the law.”  Lamb also told the Standard that he would vote against a GOP-backed ban on abortions after 20 weeks, the point at which fetuses can feel pain.

The logic may be debatable, but the politics appears to be working. Polls show Lamb in a neck-and-neck race against Republican Rick Saccone in a district Trump carried by 20 points. It’s probably true that most of the Democrats’ momentum has come from their pumped-up, anti-Trump base—Democrats have flipped about 40 state legislative seats across the country since his election—as opposed to their candidate views on life issues.

Regardless, pro-life Democrats like Day are hoping Tuesday night’s win will help build support for their cause.

“Philip Spagnuolo won as a pro-life candidate and should not shy away from the position that he obviously holds true,” Day told the NJ Journal. “There 21 million pro-life Democrats who are looking to and counting on his leadership and we strongly urge him to remain true to his beliefs.”

Democratic leaders in the NH state house may not be so enthusiastic.