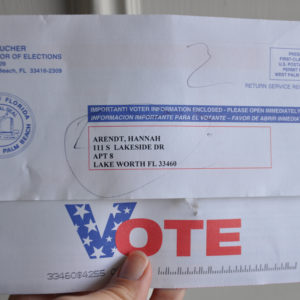 Sorry, Twitter, but Trump Is Right About Mail-In Ballots

President Donald Trump has had a problematic week on Twitter, engaging in political combat with foils like MSNBC’s Joe Scarborough has inspired a backlash beyond any he’s faced before as president.

Part of the reaction was Twitter’s decision to stick a “fact check” label on two of Trump’s tweets about mail-in ballots. This decision, in turn sparked its own backlash around issues of freedom of expression and political bias. (Will President Stacey Abrams ever get a tweet fact-checked by Twitter? Probably not.)

Overlooked in the social media scrum over Trump’s tweets, however, is the one issue most relevant to voters in New Hampshire: Donald Trump is right about mail-in ballots. 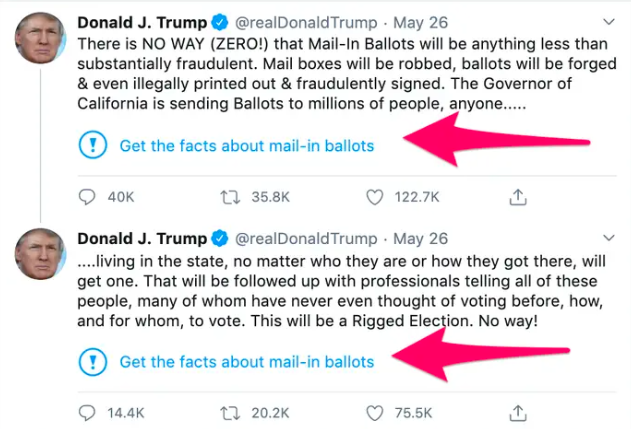 Per usual with President Trump, there’s a lot he gets wrong. Is it true that California is “sending Ballots to…anyone living in the state?” No. They are sending ballots to “all registered voters.”

In the 2018 midterms, a congressional election in North Carolina was overturned and had to be re-held because an unscrupulous Republican operative was using mail-in ballots to scam the system.

And the Public Interest Legal Foundation (PILF) just released data that more than 28 million ballots by mail went unaccounted for from 2012 to 2018, with more than one million going to the incorrect address in 2018 alone.

“Absentee ballot fraud is the most common, the most expensive to investigate, and it can never be reversed after an election,” said the organization’s president J. Christian Adams. “The status quo was already bad for mail balloting. The proposed emergency fix is worse.”

More recently, “in a Supreme Court contest in Wisconsin in April, about 1,600 ballots were discovered the morning after Election Day in a mail processing facility in Chicago — 1,600 voters whose ballots did not count,” The Hill reports. “Hundreds more who applied for absentee ballots did not receive them in time, according to a report by the state Board of Elections.”

And literally the same day President Trump tweeted that mail-in ballots “would be forged,” the Department of Justice announced a mail carrier in West Virginia was being charged with attempted election fraud by committing forgery on mail-in ballots.

Does this mean mail-in ballot fraud is widespread? A threat to democracy? Not necessarily. But it does prove that Trump’s point — mail-in voting is more susceptible to fraud — is indisputably true. And for obvious reasons: New Hampshire’s polling places and handling of ballots there is entirely secure.

Which is why the New Hampshire Democratic Party’s efforts on behalf of mail-in voting, online voter registration (also fraught with opportunities for fraud)  and other changes to the election system inspire such little passion from voters. Granite Staters tell pollsters they support “no-excuse absentee ballots” (aka “vote by mail,”), but the state has the third-highest turnout in the nation using traditional, and secure, voting practices.  New Hampshire voters turn out at higher rates than states that have implemented more expansive mail-in voting.

Still, Democrats press on. Reps. Annie Kuster and Chris Pappas voted to have the federal government take control of New Hampshire elections and force the state to use mail-in voting, not just as part of a COVID-19 election solution in 2020, but permanently.

As for the impact of mass mailings of ballots to last-known addresses, read this first-person story of mail-in ballot “fraud.”

Twitter’s decision to fact-check politicians’ tweets is problematic enough. They probably should have waited for a Trump tweet that actually got the facts wrong.

If history is any guide, they wouldn’t have to wait long.