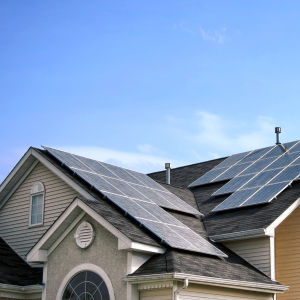 At a board meeting on Tuesday, Gatsas presented a two-part proposal to expand the city’s burgeoning solar energy infrastructure in conjunction with BFHJ Clean Energy, which is based out of Newark, N.J. The first portion consists of a 25-year purchase agreement for solar energy which would supply 25 percent of the city’s power needs while the second part focuses on a 25-year land lease for a three megawatts solar array.

According to Gatsas, the city would save $3.3 million in the purchase agreement and receive $67,000 per year for the land lease, adding another $1.68 million in savings. The mayor said the land lease payments would increase if the amount of solar arrays increased.

Gatsas issued a press release on Tuesday to promote the initiative.

“I am pleased to bring this opportunity before the board this evening,” Gatsas wrote. “This proposal accomplishes three objectives for the taxpayers of Manchester. First, it achieves sustainability goals. Second, it generates real, long-term savings that will benefit taxpayers. Third, with this proposal Manchester is once again taking the lead in New Hampshire when it comes to the energy future of municipalities.”

The proposal now moves to the city’s Special Committee on Energy Contracts and Related Activities, which will review the agreement. The project comes two years after Gatsas led the push to install 9,000 LED streelights in the city to improve energy efficiency.

The move prompted a mixed reaction from the Granite State’s solar energy industry, who greet the large scale project with both excitement and skepticism.

Solar companies are enthused by the potential for the contract to inspire significant public interest in solar energy, while some fear the deal’s appeal to taxpayers is simply too good to be true. There are also questions about Manchester’s decision to hire an out-of-state solar company, with some wondering if a request for proposal was solicited by the city for an in-state company.

Michael Fay, managing partner of Sun Ray Solar in Concord, told NH Journal the Manchester proposal was not unexpected as many municipalities in New Hampshire have begun utilizing solar farms for energy.

Fay disagreed with the suggestion that the deal with the city was too good to be true, saying the estimates in the original quote are usually calculated to account for potential cost pitfalls.

“Solar can produce, the math works,” Fay said. “The larger you go with the project, the lower the wattage prices you’ll get. Taxpayers certainly win, I’d just like to see in-state labor win as well.”

The solar industry workforce is also facing a challenge in the ‘Section 201’ case, where Suniva filed a petition with the International Trade Commission (ITC) claiming imported solar panels caused injury to their business. The petition was filed in May and an injury was determined by the ITC in September. A report must be delivered to President Donald Trump in November and he will have until January of 2018 to determine whether to accept the recommendation or provide relief.

Suniva is seeking relief in the form of additional tariffs on imported solar panels, which Fay said would raise costs and negatively affect the Granite State solar workforce. Larger solar companies typically have more access to projects since they can provide more money up front to cities for power purchase agreements. Fay said he remains hopeful the Manchester proposal spurs interest in future solar projects which could reduce the impact of financial setbacks from a potential tariff.

Fay said a large municipal project like the Manchester proposal could also lead to increased transactions for Sun Ray Solar and the smaller, commercial solar market. He said utility companies credit New Hampshire businesses for the default kilowatt rate up to 100 kilowatts. Businesses typically use between 80 to 90 kilowatts, which means they can cover their utility costs by installing solar panels on their facilities.

Solar panels have a lifespan of nearly 40 years, which works for large scale municipal projects, but industry members are trying to promote the appeal to residential and commercial projects. Fay said it is still difficult to know when the general public is going to embrace the appeal of solar energy despite the initial installation costs for utilities.