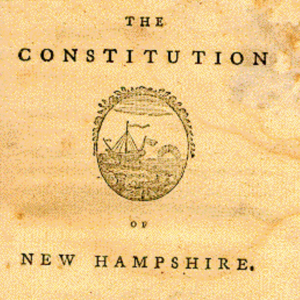 SNIDER: Why Is a Constitutional Convention Question on NH Ballot This Fall?

After 1964, the unique democratic function of the constitutional convention narrowed to become a legislature bypass rather than enabling mechanism. It became a mechanism to propose constitutional amendments on issues where incumbent legislators had a direct conflict of interest with their constituents involving: 1) their own entrenchment, including legislative redistricting, transparency, and voting systems, 2) the powers of competing branches of government, including the executive, judicial, and local branches, and 3) the powers of the most powerful special interest groups that, by definition, excel at influencing the legislature.

Delegate Perkins Bass, chair of the 1964 convention’s committee that proposed the new constitutional change mechanism, explained his committee’s reasoning: “We felt… it was very important that constitutional conventions be continued…. [I]n matters affecting the legislature and its vested interest, it would be more appropriate for this body—for a Con Con—to consider that matter than it would be for the legislature to consider passing on proposals affecting its own interest.”

Writing in the “New Hampshire Bar Journal,” Eugene Loan expressed this idea more eloquently: “Suffice it to say that one of the reasons that we do not place the fate of the constitution exclusively in the hands of the legislature is that it has a conflict of interest in this area. The legislature’s own powers and structure are themselves defined by the constitution and any amendment which diminishes that body’s authority is not likely to be favored by our elected representatives.”

The 1964 convention also discussed replacing the convention process with the constitutional initiative, currently used by 18 states to prevent the legislature from exercising monopoly power over constitutional reform proposals. But convention delegates decided that the periodic convention referendum was a more deliberative and democratic legislature bypass mechanism.

Convention opponents will tell New Hampshire voters this fall that the legislature can propose all needed constitutional reforms at less cost and risk than a convention. They won’t mention a convention’s unique, post-1964 democratic function.

Convention opponents will tell voters that only extremists with unpopular agendas want a convention. But why would unpopular extremists be successful not only electing convention delegates but fooling the public into voting for their unpopular proposals? If we cannot trust New Hampshirites to ratify amendments in their own self-interest, then constitutional democracy becomes untenable.

New Hampshire has the second oldest constitution in the world and has had more constitutional conventions, 17, than any other state in the U.S. (the average is five). Its last was in 1984. Its 244-year–old tradition of holding conventions independent of the legislature should be cherished and reinvigorated—but only as a legislature bypass mechanism.

None of this should imply that New Hampshire’s constitutional convention process is perfect. For example, in keeping with the convention’s new democratic function, New Hampshire is long past due to extend its ban on plural office holding to convention delegates. Incumbent legislators should be prevented from serving as delegates; delegates, likewise, should be prevented from running for the legislature until after a convention adjourns. Missouri extends this ban further—banning all incumbent statewide public officials from serving as delegates—and New Hampshire should consider that ban, too. Other reforms, such as delegate elections using open primaries and final four ranked-choice voting in the general election, should be a top priority for any future convention.