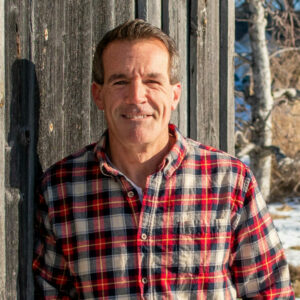 SMITH: The Truth About SCOTUS, Maggie Hassan and Abortion

This election year thus far has been dominated by the unprecedented failures of the Biden administration and the unwavering support that Sen. Maggie Hassan has given Joe Biden through every one of his incompetent missteps.

With the recent leak of the draft U.S. Supreme Court opinion on the Dobbs case, make no mistake, as much as the Democrats will try to make this election about abortion Americans, and in particular, Granite Staters, are demanding so much more in 2022.

The New Hampshire families I speak to care most about the growing fear of a recession, inflation at a 40-year high, significant losses in their retirement accounts, gas prices hitting new record levels every week at almost $5 per gallon, and the crisis at the southern border which has so sadly led to record high drug overdose deaths.

That all being said, the abortion issue will play some role in this election, so let’s set the record straight about what the draft Supreme Court opinion means for Granite Staters.

First, as a new generation conservative leader, I have always been a proud pro-life Republican with reasonable exceptions to account for instances of rape, incest, and to save the life of the mother.

In fact, I’m honored to have been named the Pro-family Legislator of the Year when I was just 20 years of age. I started fighting in the trenches for the conservative movement and New Hampshire families at 19 when I was first elected to the New Hampshire House—and I haven’t stopped.

Second, if the Supreme Court does in fact move forward in overturning Roe v. Wade, it will not ban abortions as the Democrats would have you believe with their misinformation campaign of lies and hyperbole.

The Supreme Court ruling, if the leaked draft holds true, merely remands the decision-making process on what kinds of restrictions to have on abortion–if any– back to the state legislatures where government is closest to the people; and that is where it belongs. But this is a problem for Maggie Hassan because she wants the court to make policy on abortion–not the states and its people.

Our Founding Fathers never intended for nine unelected judges to be deciding something so personal and important for the entire country, especially when the U.S. Constitution is silent on the matter at hand.

New Hampshire has 424 state legislators which is the third-largest legislative body in the world. We pride ourselves on having a ‘volunteer legislature’ that is closest to the people where every legislator represents about 3,500 citizens. Thus I have faith in our legislature to get this issue right as those in elected office listen to and act on the concerns of the people they represent.

It’s also vitally important to understand that in all the noise on this issue coming from the state’s congressional delegation, Maggie Hassan hopes that she can hide the truth about her extreme and out-of-the-mainstream position on abortion from the voters this fall.

The truth is, Maggie Hassan is a radical supporter of allowing late-term abortions with no restrictions.  She rabidly supports legislation in Washington that would gut all of New Hampshire’s widely-supported laws on the matter such as its parental notification requirement and would remove any reasonable restrictions on abortion through all nine months of pregnancy. Hassan also relentlessly pushes for your hard-earned taxpayer dollars to pay for government-funded abortions. That’s wrong and haplessly out-of-touch with most Granite Staters, which is why Maggie Hassan’s extremism and the progressive left’s socialist agenda must be voted out of office in November

Finally, it is past time to get our country back on track by changing the direction in Washington. The only way to do this is by electing a new generation of conservative leaders and sending the lifetime politicians who only care about power, like Maggie Hassan, back home to retire.

Kevin Smith is a Republican candidate for the United States Senate. He most recently served as the Londonderry Town Manager from 2013-22 and the Chairman of the Pease Development Authority from 2017-22. He wrote this for NHJournal.com.