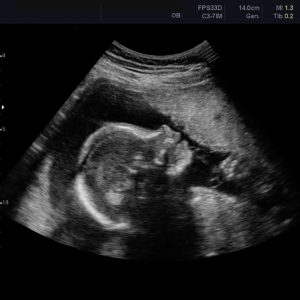 The Smallest “Big Tent” in American Politics: Is There Room for a Pro-Life Democrat? (Updated)

Spagnuolo: “I Believe in the Sanctity of Life”

For decades, New Hampshire lore has been filled with tales of rare, exotic creatures: Wood Devils of the North Country, Bigfoot sightings in Coos County, and the “Devil Monkey of Danville.”

Now add another to the list: A pro-life Democrat.

Phil Spagnuolo of Laconia, NH was one of the top two vote-getters in a special election primary to fill the state house seat representing Belknap County District 3. And he is one of a handful of Democrats in the entire U.S. to publicly declare himself a pro-life candidate.

“I believe in the sanctity of life,” Spagnuolo told a group of NH voters at a recent forum. “I’m probably in the minority with my fellow Democrats. But I guess it’s the way that I grew up…the things instilled in me. I can’t go against that.”

Spagnuolo, a recovery support worker and first-time candidate, is right about being in the minority.  “I don’t know of any pro-life Democrat office holders in New Hampshire,” says Kristen Day, Executive Director of Democrats for Life America.  “Coming out as a pro-life Democrat often involves a lot of backlash from your own party.”

Spagnuolo’s dilemma is part of a larger national debate among Democrats.  The mayoral campaign of a moderate-on-abortion Democrat in Omaha, NE—and the support he received from liberals like Vermont Senator Bernie Sanders—sparked a backlash from pro-choice activists.  The National Abortion Rights Action League criticized party support for Democrat Heath Mello as “disappointing” and “politically stupid.”

“If Democrats think the path forward following the 2016 election is to support candidates who substitute their own judgment and ideology for that of their female constituents, they have learned all the wrong lessons and are bound to lose,” NARAL president Ilyse Hogue said at the time.  The resulting pushback inspired Democratic National Committee chair Tom Perez to issue a statement:

“Every Democrat, like every American, should support a woman’s right to make her own choices about her body and her health.  That is not negotiable and should not change city by city or state by state.”

This in turn sparked panic among Democratic leaders who’ve seen a surge of Republican victories since 2010 that have decimated Democratic ranks in Congress and state legislatures. House Minority Leader Nancy Pelosi publicly insisted that pro-life Catholics are “of course” welcome in the Democratic Party, and the Democratic leader in the U.S. Senate, Chuck Schumer, insists that the Democrats are a “big-tent party.”

The DNC has since released a statement walking back Perez’s abortion litmus test (“Our party has always welcomed different opinions on several issues and Tom is committed to listening to all Democrats as we work to rebuild our party.”) but these comments are inevitably accompanied by assertions that the party’s official position is to support abortion rights. “Let’s make no mistake about it, we’re a pro-choice party, a strongly pro-choice party,” Schumer said.

So where does that leave the Democrats? There are only three pro-life Democrats left in Congress—down from 62 in 2008, Kristen Day is quick to point out. And despite concerns about Democrats driving away moderate voters, Day says pro-life candidates like Spagnuolo shouldn’t count on support from his own party.

“People talk about the power of the NRA,” Day says. “Well, on our side of the aisle Planned Parenthood is just as powerful. They support pro-choice candidates in primaries who go on to lose to pro-life Republicans in the general. I firmly believe, for example, that a pro-life Democrat could have won the Georgia 6 congressional race last year,” Day said.

What does that mean in Belknap County, NH? Probably not much. The New Hampshire Democratic Party declined repeated requests for comment, however Spagnuolo has received some support from Democrats and their allies, including the Granite State Teamsters, former state Senator Andrew Hosmer, and the Let America Vote Victory Fund.

Now that Spagnuolo is in a general election, it’s possible his pro-life credentials would likely make it easier for GOP-leaning moderates to support his candidacy. And New Hampshire Democrats have been on a roll, picking up a majority of votes from Republican-leaning Laconia in a September special election. Perhaps that’s why Gov. Chris Sununu and other state GOP leaders have taken a keen interest in this race.

If Spagnuolo does win on February 27, he’ll then be confronted with issues like a push to restrict public money for abortion services, a debate that was central to last year’s battle over the New Hampshire budget.

He will also be joining the smallest “big tent” in American politics.

UPDATE: Spagnuolo responded after publication with a statement: “While I believe as much in my personal life, I don’t think it should be the government’s role to tell women what they can or can’t do with their bodies.”

Perhaps an answer to whether there’s room in the party for a pro-life candidate.