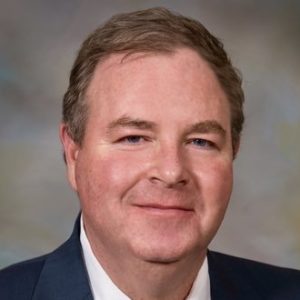 Six Races to Watch in Fight Over NH State Senate

Just 253 votes in two districts gave New Hampshire Democrats a 14 to 10 majority in the state Senate in 2018.  At the same time, Democrats were fewer than 1,400 votes away from a veto-proof supermajority.

A new Granite State Poll conducted by the UNH Survey Center finds voters closely split on how they’re likely to vote in state Senate races this year — Democrats have a 48-42 percent advantage, with 9 percent undecided. But racking up big margins in Democratic strongholds like Nashua and Dover won’t help in the purple districts that will be the battlefield for control of the upper chamber.

In 2018’s “Blue Wave,” Democratic Senate candidates took 53.6 percent of the vote compared to 45.7 percent for Republicans, seizing their 14-10 majority with a total victory margin of more than 44,000 votes. That’s the bad news for Republicans.

The good news? “They’ve probably done all the damage they can do,” one NHGOP insider told NHJournal. “There aren’t any likely pick-ups for Democrats this time around.”

At the same time, New Hampshire Republicans see several vulnerable Democrats this year, perhaps enough to put them back in the majority.

“Certainly the focus will be on the six seats that changed parties in 2018,” says Greg Moore, state director for Americans for Prosperity New Hampshire.

In five of those seats, Democrats beat incumbent Republicans. The GOP flipped just one seat — District 1 on Coos County — due in part to the fact that incumbent Democrat Jeff Woodburn was charged with domestic assault just two months before Election Day.

Avard and Gannon lost their seats by a combined total of just 253 votes. And they did it during a midterm wave election with a Republican in the White House.

“That works against Democrats,” says Moore. “Presidential years often tend to be very close here, so those freshman Democrats are less likely to have the wind at their backs the way they did two years ago.”

Democratic state Sen. Lou D’Allesandro agrees these three Democrats are in a tough fight. “Gonna have to work hard to hold these seats,” he told NHJournal. “But these are all good candidates.”

Another Senate freshman on the GOP’s radar is progressive firebrand Sen. Jeanne Dietsch. Her outspoken advocacy of a state income tax targeting high-income households — a tax impacting many of her own affluent constituents — presents an opportunity for her GOP opponent, Bedford Town Council member Denise Ricciardi.

Dietsch also alienated many voters by saying parents who aren’t “well-educated” are less capable of making education decisions for their own children. She followed that up by saying some parents choose to homeschool because they’re child abusers.

Sen. D’Alessandro says Dietsch may get some help from a down-ballot race. “[State Rep.] Sue Mullen is really popular in Bedford.”

“The other race to watch is Senate District 16, which has historically been a Republican seat,” Moore says. “Senator Kevin Cavanaugh has a tough race ahead of him with Jason Syversen, who is a very impressive candidate.” Syversen is also very well-funded, D’Allesandro notes.

And then there’s the fight on the Seacoast between freshman state Sen. Tom Sherman and veteran NHGOP activist Lou Gargiulo. Not only does Gargiulo enjoy the support of popular GOP Gov. Chris Sununu, he actually received more votes in September’s primary (7,341) than Sherman (7,330).

Meanwhile, Sherman has been actively avoiding taking public positions on controversial issues, refusing to appear at a recent Black Lives Matter Seacoast event. In fact, there are no references to supporting Black Lives Matter on his social media. Sherman declined repeated requests for comment.

One more race that’s getting new attention is GOP Sen. Bob Giuda’s re-election bid. Giuda, who won the seat by just 751 votes two years ago, announced Monday morning he had asked the FBI to investigate an alleged extortion scheme that evolved from an online relationship. That relationship eventually involved photographs, “some of which were inappropriate,” Giuda said.

“What I thought was two new friends having conversations about their similar life experiences in their lives shared was, in fact, an extortion scam,” says Giuda. When he attempted to end the relationship, the person began to demand significant sums of money and making threats against his family.

“This incident has truly shaken me,” Giuda said.

But political strategists tell NHJournal they doubt it will shake up the Senate race. Instead, they’re keeping an eye on Joe Biden’s performance in the Granite State.

“If Biden can carry New Hampshire by five points or more, that will really help us,” D’Allesandro said. Given how close Donald Trump came in 2016 and his campaign’s continued emphasis on the state, is that likely?

“It won’t be easy,” D’Allesandro admitted. “But it’s politics — nothing is easy.”