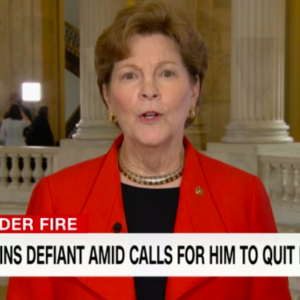 Silence of the Dems: NH Democrats Have No Comment On Sex Assault, Green New Deal Controversies

When asked about accusations of sexual assault by a politician in a southern state far from her New Hampshire home, Sen. Jeanne Shaheen boldly declared: “I hope everyone will stand up, whether it’s our civic leaders, our religious leaders, our entertainment industry, whoever it is, and say this is not acceptable behavior and we are not going to tolerate it any longer.”

Strong words–for Republican Roy Moore, a private citizen at the time running for US Senate in Alabama (He lost). And Shaheen joined with the entire New Hampshire delegation in denouncing Judge Brett Kavanaugh over uncorroborated accusations of sexual assault from the 1980s. 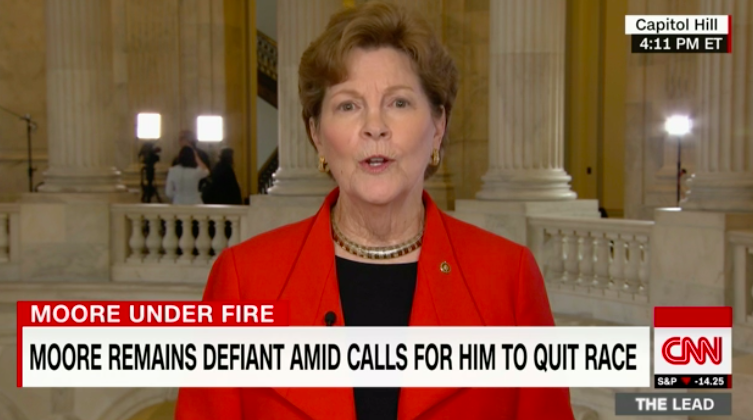 But today, despite repeated requests for comment, Sen. Shaheen’s office has nothing to say about the controversy surrounding two sexual assault allegations against the current Lieutenant Governor of Virginia, Justin Fairfax; or the governor he might replace, Democrat Ralph Northam, who has admitted wearing blackface and whose personal yearbook page is adorned with the now-infamous image of a man in blackface and another person in a KKK outfit.

And it’s not just Sen. Shaheen. While POTUS candidates like her senate colleagues Cory Booker and Kristen Gillibrand have demanded resignations from the fellow Democrats, not a single member of the New Hampshire delegation has a single public comment or web post about this national controversy.

Sen. Shaheen did tweet last Friday about legislation she supports to help survivors of sexual assault, but no mention of whether that includes the victims of Democrats currently holding office.

There is a similar glaring silence from Granite State Democrats regarding the anti-Semitic comments of Minnesota Democrat Rep. Ilhan Omar.  While members of Congress across the country, including Speaker Pelosi, have spoken out against Omar’s (repeated) anti-Semitic public comments, a Google/Twitter search of the New Hampshire delegation finds…nothing. 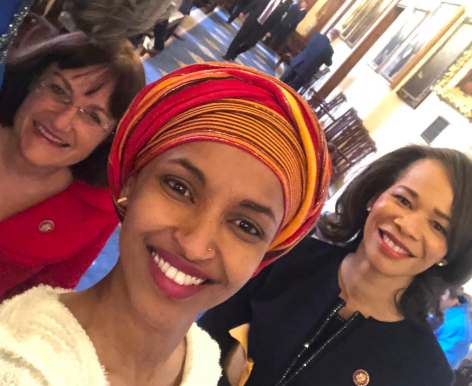 And it’s not just personal scandal stories getting the silent treatment. Policy issues are also getting radio silence, too.

If, for example, you’re trying to figure out where Sen. Maggie Hassan or Rep. Chris Pappas are on the #GreenNewDeal — perhaps the biggest legislative proposal of the year and co-sponsored by Sen. Ed Markey from neighboring Massachusetts– good luck.

Sen. Hassan is “still studying it.” Shaheen’s office declined to respond to questions.  Last year Rep. Pappas and Annie Kuster endorsed the call for a Green New Deal committee in the House, not the actual proposal released last week. So far–no comment.

It can be argued that local Democrats shouldn’t be required to respond to the misdeeds of every member of their party miles away. The problem is that in so many cases– from Todd “legitimate rape” Akin to Moore to Kavanaugh — these same Democrats have set a different standard for speaking out.  It’s hard for them to now claim–as Sen. Kamala Harris tried to in the Fairfax case before reversing course and calling for him to resign– that “the people of Virginia need to make that decision.”

If New Hampshire feminists don’t care about the Lt. Gov. Fairfax sex assault story, then it’s all irrelevant. If New Hampshire environmentalists are OK with elected Democrats who are silent on the #GreenNewDeal, then everything’s fine. And if civil rights activists are OK with pols who can shrug over elected Democrats wearing blackface and keeping their elected positions, then all is well for Shaheen and Co.  Particularly as long as the NH media refuse to push these elected officials for comment on these front-page news stories.

But whether or not the voters and media are paying attention, it’s a safe bet the NHGOP is.