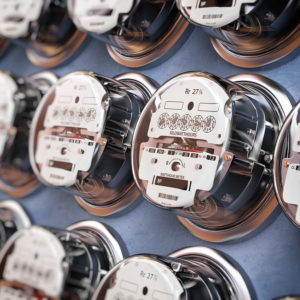 Should Your Town Politicians Be In Charge of Your Electrical Power?

Would you trust your local board of selectmen to be in charge of whether your lights come on?

In addition to being your provider of roads, police and fire protection, education, and social services, some New Hampshire local governments want to become your power company, too. Their efforts have blocked a broader push for “community aggregation,” a buy-in-bulk approach that could save ratepayers money.

A proposed resolution, HB 315, is currently the subject of hot debate in the state house.

A handful of states, led by Massachusetts in 1997, have passed what are called “community aggregation” laws, letting local governments buy power on behalf of their residents.

The local government notifies residents it plans to get into the power business. Residents can choose whether to participate, either through an opt-out or opt-in provision, depending on which option the law requires. The government would then buy power on behalf of all residents who switched to the new service, theoretically saving money by buying electricity in bulk.

In the few states where community aggregation exists, it’s promoted as a way to buy “greener” energy than is available from the community’s default power company. Because these regulated utilities must provide reliable power 24/7, they can’t rely entirely on wind and solar generation.

New Hampshire has had a community aggregation law on the books for years. But amendments pushed through in 2019 during the frantic dealmaking of the current budget expanded local governments’ community aggregation powers allowing them to provide additional energy services previously reserved for investor-owned utilities.

Supporters of those changes say “community aggregation” means providing power and other utility services, not just brokering power purchases on behalf of members, so the changes are justified. They argue that aggregation and community operation — or even actual power generation — are the same thing.

But the National Renewable Energy Laboratory (NREL), an authority on community aggregation and renewable energy, says the two are separate. NREL explains that “a CCA [Community Choice Aggregator] partners with local investor-owned utilities that continue to provide consolidated billing, transmission, and distribution of electric power to their shared customers.”

In general, community aggregation is no more than a group purchasing agreement for electrical power. The transmission and distribution of that power remain the responsibility of the regulated utility that built, operates, and maintains the electric grid.  The utility also provides the meter reading, customer services, grid maintenance and security, and energy efficiency services.

That division of labor is important. For one, regulated utilities are required by law to provide transmission and distribution services to everyone.  The utility is also legally required to provide default energy service for those customers who do not choose their own supplier of power, or who do not join a community aggregation plan through their local community.

Then there are safety concerns. “How would these communities ensure security of the grid?” Donna Gamache, a lobbyist for Eversource, asked during a House Science, Technology, and Energy Committee hearing last week. Noting that Eversource “has a highly sophisticated security system,” Gamache added, “Every single week, we receive more than 1 million hits on our system, mainly by bad characters and other countries to shut down our system.”

Transferring utility services such as billing and metering from the utility to a local government makes those services more vulnerable to hackers. Just this month, a hacker tried to poison the water supply of the city of Oldsmar, Florida by hacking into the system and changing the sodium hydroxide levels. The hacker got in, but the attack was spotted and the levels were reset before any harm was done.

But that successful attack shows how vulnerable municipal systems can be.

Billing systems also contain customers’ personal and financial information. Meters can be an entry point into the grid.

Smart meters use two-way communications. An Eversource attorney told the committee the company doesn’t use smart meters anywhere. The company pointed out to legislators that under the state’s existing community aggregation law, local governments could open a doorway into the electric distribution grid, which would be a huge security issue.

Issues like this are addressed in House Bill 315, introduced by Rep. Michael Vose, R-Epping. It would clarify that community aggregators can buy and sell power on behalf of members, but can’t engage in other electricity services and can’t charge taxpayers — as opposed to their members — for startup and other incidental costs associated with starting and running an aggregator.

What side legislators take could mean the difference between your town getting you a good deal on renewable energy and your town running its own utility company, partly at taxpayer expense.