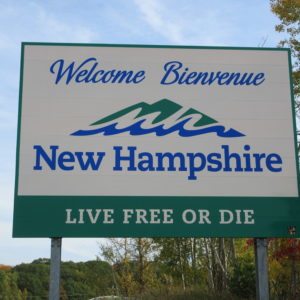 Should Sununu Order Out-of-Staters To Self-Quarantine?

New Hampshire Gov. Chris Sununu’s strategy for handling the coronavirus crisis has been consistent and, so far, successful: Watch what nearby state governors do when it comes to shutting down restaurants or issuing stay-at-home orders, then follow their lead a few days later. It may not be bold leadership, but it’s smart politics.

Sununu’s approval ratings are through the roof — including 50 percent support among Democrats. And if his pattern holds, Granite Staters should expect another executive order soon: People arriving from out-of-state being sent to self-quarantine.

In Massachusetts, Republican Gov. Charlie Baker is “urging” out-of-state visitors to self-quarantine for two weeks and the state has workers passing out fliers at Logan airport with that message. Some Bay Staters don’t believe Baker’s gone far enough. More than 7,300 people have signed a petition urging access to Cape Cod be denied to anyone other than year-round residents, emergency workers and essential supplies.

“We feel like sitting ducks, and nobody has our back,” Chatham resident Nancy Patterson told the Boston Herald. “This is an emergency, and we should only be allowing in essential vehicles. It’s just getting scary out here.” 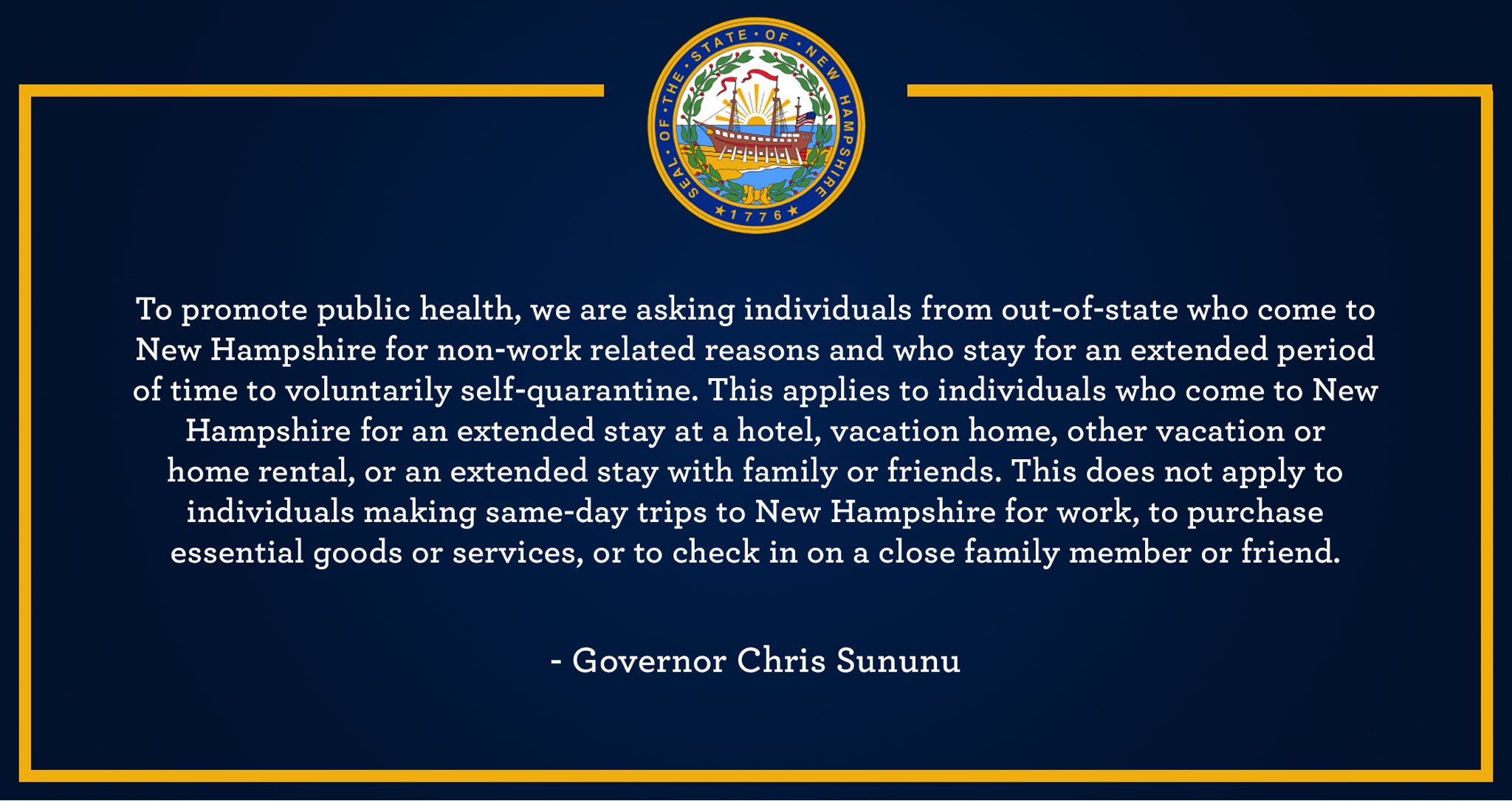 Thus far, Sununu is with Baker. He’s issued a request, rather than an order, for people coming to their Lakes region vacation homes or White Mountain resort cabins to self-quarantine for two weeks.

Polling shows Americans support even more draconian state actions in the face of the coronavirus threat. Shutting down state borders likely plays well with local voters, the only ones who can vote for these governors in November. So the politics are on the side of border crackdowns. But what about the U.S. Constitution?

“Yes, these actions do raise constitutional questions,” said John Greabe, Director of the Warren B. Rudman Center for Justice, Leadership & Public Service at the University of New Hampshire. “So many of these measures are extraordinary, but we live in extraordinary times.”

Greabe told NHJournal that there are constitutional protections for citizens when they cross state lines, in particular Article IV Section 2 guaranteeing “the citizens of each state shall be entitled to all privileges and immunities of citizens in the several states.” However, “in reality your rights are what the courts are willing to enforce, and during this coronavirus emergency judges are unlikely to overrule elected officials.”

Adam White of George Mason University’s law school says a state like New Hampshire could theoretically impose an embargo on residents from other states, but it would have to get over a high legal hurdle.

“The U.S. Constitution both protects our due-process rights and prevents states from imposing undue burdens on interstate commerce and travel,” he told NHJournal. “But it’s hard to say in general how much latitude a given state really has, because those constitutional protections generally leave significant room for states to deal with genuine emergencies.

“So, speaking in very general terms. if a state does try to impose a quarantine against another state, it would have to show that the restrictions really are necessary for the protection of public health,” White said.

And even if governors are granted the legal authorization to blockade their borders, the more difficult question is how to enforce it. State police checkpoints? Call out the national guard? Even in the current climate, such actions would raise the political stakes to a new level.

In fact, states have been reluctant to enforce the business shutdowns and stay-at-home orders they’ve already issued. Police and politicians have relied on persuasion and public shaming rather than citations and arrests. Policing out-of-state arrivals would likely require enforcement and conflict.

Right now, the political sweet spot appears to be for governors to look tough and talk tough on coronavirus enforcement, while avoiding problematic circumstances that tough action.

New Hampshire will likely find out where Gov. Sununu draws that line in the coming days.