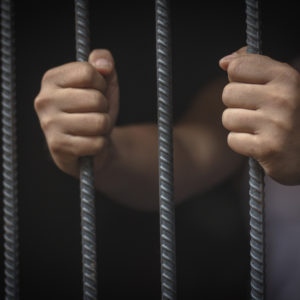 Should Prisoner Releases Be Part of N.H.’s Coronavirus Response?

For weeks, nationally-prominent progressives like Massachusetts Sen. Elizabeth Warren and Boston Congresswoman Ayanna Pressley have been pressing for prisoners to be released early as part of the coronavirus mitigation strategy. Today, that approach being put in place here in New Hampshire — and likely with more to come.

For obvious reasons, prisons are places where social distancing is difficult and the coronavirus is likely to spread. Advocates of “decarceration” — reducing the size of America’s prison population through amnesties, paroles and ending prosecution for some lower-level crimes — are taking former Obama White House official Rahm Emanuel’s advice and aren’t letting this crisis go to waste.

Last month, Warren and Pressley sent a letter to President Trump “calling on him to adopt and release decarceral guidelines to reduce the population of people in federal custody in the midst of the coronavirus disease 2019 (COVID-19) pandemic.”

Pressley specifically referenced the fact that a federal Bureau of Prisons (BOP) employee in New Hampshire tested positive for the coronavirus.

“People in prisons, jails, and detention facilities must not be overlooked during this crisis,” Warren and Pressley wrote. “We still have time to prevent more devastating outcomes, but we must act quickly.”

The New Hampshire ACLU and the state’s Association of Criminal Defense Lawyers agree. They released a letter calling on police to make fewer arrests and for prisons to start releasing some older prisoners. They want parole officials “to expedite and expand release opportunities for incarcerated people, reducing the population in prisons as recommended by health experts,” they wrote.

And according to New Hampshire Public Radio, Granite State corrections officials are responding.

“Correctional facilities across the state are releasing some inmates accused or convicted of non-violent crimes to help prevent the spread of COVID-19 within jail populations,” NHPR reports, including Belknap and Rockingham Counties.

“I have a team reviewing cases looking at the use of at-home confinement, but being cognizant that we do need to be a good public safety partner,” commissioner Helen Hanks said on NHPR’s The Exchange on Wednesday.

Thus far, New Hampshire’s elected representatives have largely been silent on the issue, and the releases haven’t been widely publicized until now. Ross Cunningham, superintendent of the Merrimack County jail, told the Union-Leader that 10 inmates have been released since March 13. “There’s a couple more we’re working on as we speak,” he said on Wednesday. One hundred fifty-five remain behind bars.

Do New Hampshire residents support these efforts? In particular, police refusing to arrest people who commit crimes? One proposal from the ACLU-NH and public defenders is for “police to limit the number of people who are arrested and detained even if just for a short time. Police should issue citations/hand summonses in lieu of arrests wherever possible so that people can return home,” they write.

It’s an approach that some communities, like Philadelphia, have already put into action. The decision by the Philly police commissioner and prosecutor to release criminals with summonses sparked a surge in gun purchases from concerned residents.

It’s not hard to imagine a similar reaction here in New Hampshire.