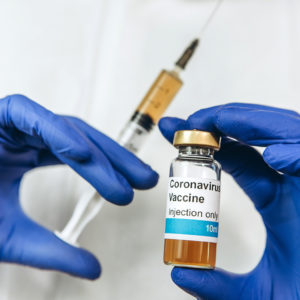 President Biden issued a five-step ‘roadmap’ for reopening schools in advance of his inauguration, laying out his plan to reopen schools within the first 100 days of his presidency. Biden’s priority is to get the COVID-19 pandemic under control – a tough undertaking as infections increase at some of the highest rates yet.

And while his roadmap criticizes the speed at which the Trump administration rolled out vaccines, Biden’s back-to-school scheme doesn’t mention the word ‘vaccine.’ Not once.

New Hampshire’s teachers’ unions, however, talk about little else as they fend off efforts by frustrated parents to get classrooms reopened. Teachers are currently scheduled to become vaccine-eligible in Phase 2.

“We need to be in an earlier phase for vaccinations. It’s the only way we are going to get the schools to reopen safely in New Hampshire,” says Megan Tuttle, president of the National Education Association’s New Hampshire chapter. “We are calling on Governor Sununu to follow the lead of other states and prioritize vaccinating our teachers with high-risk first responders.”

Beginning Friday, Granite Staters aged 65 and older can sign up to receive a vaccine in early February, according to Governor Chris Sununu. High-risk individuals with two or more conditions are eligible as well, with a doctor’s certification.

Also in Sununu’s Phase 1B are healthcare workers who have yet to be vaccinated, corrections officers and staff, and residents and staff of residential facilities for the intellectually or developmentally disabled.

That puts an estimated 325,000 Granite Staters in the vaccine-eligible group, while the state is expecting just 300,000 vaccines in hand by the end of February. If New Hampshire were to include the estimated 75,000 teachers and staff in Phase 1B, someone else would be pushed back in the line.

Who do teachers want to deny vaccines so they can go first? The elderly? ICU nurses? Cops?

Tuttle did not respond to a request for an answer.

Of the nearly 20,000 licensed teachers in the Granite State, only 1,082 are age 65 or older according to Department of Education data. And all of them will be eligible for a COVID vaccine due to their age. Meanwhile, a third of teachers are under the age of 40. Does it make sense to deny an elderly Granite Stater access to the vaccine to accommodate a 30-year-old teacher?

Meanwhile, the data continue to show that classroom spread of COVID-19 remains very rare and teachers are at far lower risk than the people ahead of them in line.

The Center for Disease Control recommends teachers receive the vaccine in Phase 2, immediately following Phase 1B, in an attempt to balance prevention of morbidity and mortality with the preservation of societal functioning.

That’s right where New Hampshire has them placed, following the National Academies of Science, Engineering, and Math framework laid out in the CDC guideline, and with good reason.

“Chris Sununu left our educators and school staff behind before when he punted all responsibility for safely re-opening schools. Now, he’s leaving them behind again,” Tuttle said in a statement. “We are calling on Governor Sununu to follow the lead of other states and prioritize vaccinating our teachers with high-risk first responders.”

But where is the evidence that classroom teachers are at “high risk?”

A January 13 power point presentation from the NH Department of Health and Human Services features multiple studies showing little or no classroom spread of COVID-19. “Out of hundreds of potential introductions of COVID-19 into schools, there has been minimal transmission,” the DHHS report states.

Writing in The Atlantic, Nina Schwalbe of Columbia University’s Mailman School of Public Health says, “Keeping students home is unnecessary. Reopening schools doesn’t appear to meaningfully increase the level of risk faced by teachers or students, but closing them causes well-documented damage to students. Evidence from around the world…shows not only that many schools should remain open, but that officials should take more steps to open up classrooms.”

Returning to classroom instruction is becoming a bipartisan issue as “follow the science” opponents of the Trump administration join with Republicans who’ve been lobbying for school to return.

“New Hampshire schools are safe for teachers and students alike,” said NH Education Commissioner Frank Edelblut. “This is because of the strong mitigation efforts taken by school leaders and is consistent with the data from New Hampshire, across the country and around the world.”