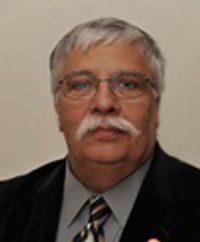 Republicans will vote for Hinch’s replacement on Friday morning at a virtual caucus, and sources tell NHJournal that Sherm Packard (R-Londonderry) will very likely win the nod to be the GOP candidate for the January 6th session.

Packard, the Acting Speaker, was first elected to the statehouse in 1990 and is entering his 31st year in the legislature. He has served as Deputy Speaker, Deputy Majority Leader, Minority Leader, and in other various leadership positions – including a 10-year stint as Committee Chairman. Hinch named Packard Deputy Speaker for this term following his unanimous election on Dec. 3.

House business is never a sure thing, but insiders say Packard will get there, even if it’s not on the first ballot. Tim Lang (R-Sanbornton), a third-term Rep., and Al Baldasaro (R-Londonderry), an eight-term Rep., are challenging Packard for the gavel, and the chance to lead Republican initiatives for the biennium.

Following Hinch’s passing, Packard assumed the prime sponsor role on two of Hinch’s key priority issues – Education Freedom Accounts and lowering employer tax rates. Earlier this week, Packard told NHJournal he was running “to be permanent Speaker for the next two years to carry on [Hinch’s] legacy, to carry out his agenda.”

“[Hinch] was like a brother to me,” Packard told NHJournal.

Helping to move the needle towards Packard is many of the stronger-than-ever “freedom caucus,” a group of Republicans that even on Organization Day, following Hinch’s unanimous election, were causing trouble. Their first move, following the housekeeping items, was to revert House Rules that govern the body to 2017-2018 Rules, bypassing protocol and tradition and revoking multiple controversial rules passed by Democrats in 2019.

Then an attempt to suspend the newly adopted rules to introduce a resolution ending the State of Emergency regarding COVID fell short, as did an attempt to keep members sworn-in virtually out of their seats.

Sources tell NHJournal that Packard will keep in place Hinch’s leadership team – including Rep. Jason Osborne (R-Auburn). Osborne appears to be a key to bridging the divide between the traditional establishment Republicans with the libertarian section of the GOP caucus – which may be helping tip the scales in Packard’s favor.

The writing for tomorrow may be on the wall, but whoever prevails will then need to succeed again on January 6, where truly anything can happen. In 2014, former Speaker Shawn Jasper (R-Hudson) pulled off a surprise victory over former Speaker Bill O’Brien (R-Nashua) by leveraging cooperation with the Democrats in his bid to ensure O’Brien didn’t once again hold the gavel.