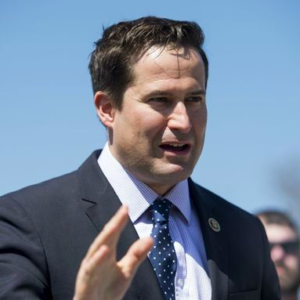 Seth Moulton Urges Massachusetts-Style Gun Laws for NH and US

When asked about three gun control measures the Democratic-controlled state legislature rushed to Gov. Chris Sununu for his signature in the wake of this weekend’s mass shootings, Moulton told WGIR radio’s Jack Heath “I don’t know why Sununu’s afraid to sign this legislation.” Moulton said expanded background checks weren’t a problem, and he said Massachusetts gun laws would lead to lower gun violence.

In fact, New Hampshire has the third-lowest rate of violent crime in the U.S. (behind Vermont and Maine), the lowest homicide rate in the U.S. and a gun homicide rate less than half that of the Bay State. However, Massachusetts does have a lower per capita rate of overall gun violence if accidents and suicide are included.

Here’s how the liberal website Vox.com describes the Massachusetts background check system in an article entitled “Massachusetts Has An Answer To America’s Gun Problem:”

“First off, it doesn’t begin at a gun shop; it begins by obtaining a permit to purchase a gun from your local police department — basically, a gun license. Obtaining this permit is a potentially weeks-long process, which requires paperwork, an interview, a background check, and, even if you pass all of that, the police chief has some discretion to deny the license anyway — if he or she, for example, knows something about your past that may not necessarily show up in your criminal record.”

“Knows something about your past” is a reference to the fact that in Massachusetts a local law enforcement officer can deny a citizen’s Second Amendment rights at his or her discretion.  As the NRA’s Institute for Legislative Action puts it: “Even licenses for the possession of a shotgun or rifle are effectively may-issue, with local law enforcement having significant discretion on who may or may not possess a firearm.”

To many gun owners, including Democrats and independents, this may sound a bit extreme. Then again, with Sen. Cory Booker supporting both a gun confiscation plan and requiring every gun owner to be interviewed by a federal agent, Moulton’s approach may be moderate by comparison.

History shows that support for gun laws like banning so-called “assault weapons,” which Moulton also supports, surges in the immediate aftermath of horrific shootings like the ones we saw this weekend, before fading soon after.  On Wednesday, for example, Morning Consult released a poll showing 70 percent of Americans support an “assault weapons” ban today.

But last October, when the gun issue wasn’t on the front pages, a majority of Americans opposed such a ban.

The big political takeaway on gun control is that, when there isn’t a story putting the issue on the front page, only 1 percent of Americans consistently name guns as their top political priority.  And a significant percentage of that one percent are pro-Second-Amendment advocates.

Meanwhile, even gun-rights moderates in the Granite State are unlikely to look favorably on a trip to the local police chief to get permission to buy a gun.