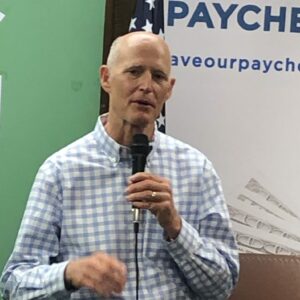 During a stop in Manchester, N.H., Florida Sen. Rick Scott unloaded on President Joe Biden over his handling of America’s withdrawal from Afghanistan, calling him out for dodging the draft during the Vietnam War and for refusing to confront the current crisis. As a result, Scott said, it’s time to consider invoking the 25th Amendment and remove Biden from office.

“First of all, Joe Biden was never willing to put on the uniform, and now he goes on the attack against the Afghan military for their willingness to defend their country? I think that’s despicable,” Scott told NHJournal during a podcast interview on Saturday.

As for Biden’s handling of the situation in Afghanistan, Scott added: “I think it’s despicable that he left American citizens in harm’s way, that he had no plan for the withdrawal. None of us want to be in ‘forever wars,’ but you have to take care of American citizens, and we had better take care of our allies.

“What Joe Biden has done is despicable. When you look at his unwillingness to serve, the fact that he doesn’t show up, I think it’s time we considered the 25th Amendment.”

In 1968 at the height of America’s involvement in Vietnam, Biden avoided military service with a questionable claim of asthma to receive a medical deferment. It was one of five deferments Biden received, allowing him to avoid being drafted. Biden’s asthma claim echoes President Donald Trump’s much-maligned claims of bone spurs that allowed him to avoided military service.

Scott was in New Hampshire participating in the “Save Our Paychecks” national tour sponsored by the conservative group Heritage Action. While the event’s focus was economic policy, including the spike in inflation, it was clear that news from Afghanistan was top of mind among the Republicans in attendance. 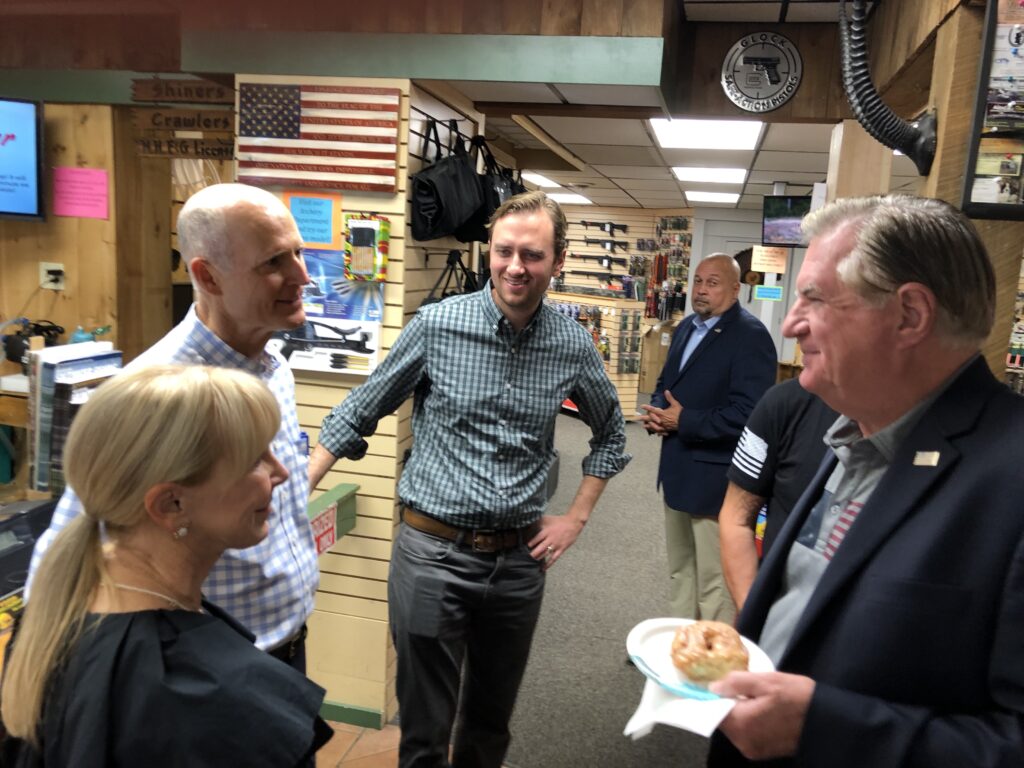 Several speakers appeared to choke up as they discussed the unfolding crisis. “There is an image I can’t get out of my mind,” said Heritage Action vice president Garrett Bess. “An Afghan man handing a baby to an American soldier over the concertina wire. I think that image is going to become iconic as we move forward. The desire to be free is probably the greatest desire of the human heart.”

On Saturday, multiple media outlets reported that, contrary to claims by the Biden administration, Americans in Afghanistan were being beaten while trying to get to the airport in Kabul. “Pentagon press secretary Jack Kirby said, ‘What appears to be happening is that not every Taliban fighter either got the word or decided to obey’ it,” CNN reported.

Sky News reported people have been injured and killed in the crush of the crowds trying to get into the airport. “Is this a stabilized withdrawal from Afghanistan?” asked SkyNews reporter Stuart Ramsay. “It looks like death to me.”

And the U.S. Embassy in Kabul sent an alert to Americans on Saturday not to travel to the airport without “individual instructions from a U.S. government representative” because of potential security threats awaiting them.

Scott pointed the finger directly at, as some Republicans are calling him, “No-Show Joe” Biden.

“I feel sorry for him,” Scott said. “I don’t know why he doesn’t want to show up. He’s not showing up to take care of the border. When we had the opportunity to get rid of the dictatorship in Cuba, he didn’t show up. He’s not showing up with a plan to get rid of inflation. It seems like he’s just on vacation. He’s been on vacation since January 20th.” 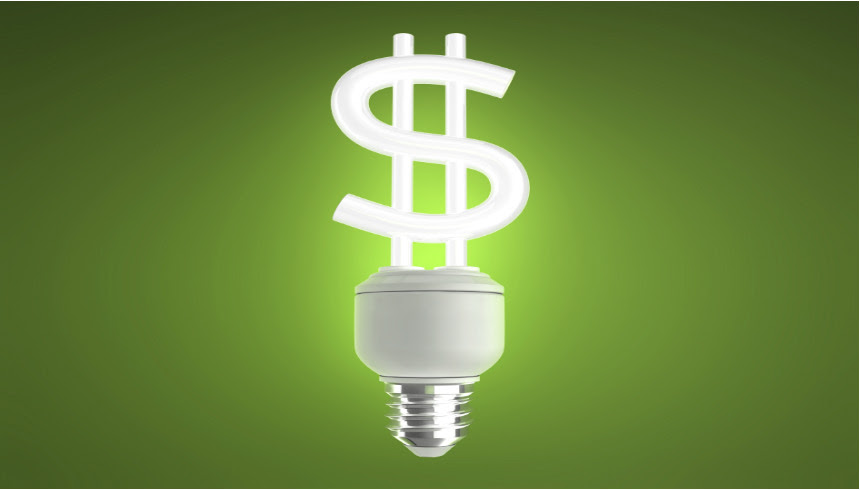