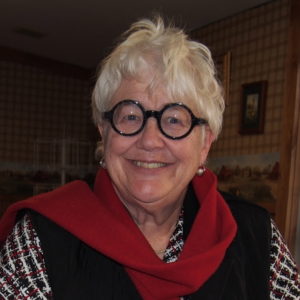 Longtime state senator and progressive activist Martha Fuller Clark says the international challenges facing America pushed her to publicly endorse former Vice President Joe Biden, an action she hadn’t intended on taking as sitting vice chair of the state Democratic Party. And she concedes that losing Democratic primary voters like her is a problem for Sen. Elizabeth Warren.

“New Hampshire is going to be tough for Warren,” Fuller Clark told NHJournal.

The Portsmouth senator also broke ranks during the 2016 primary to endorse Sen. Bernie Sanders in the lead up to the Democratic National Convention — the only Granite State super delegate to align her vote with his massive win over Hillary Clinton in the New Hampshire primary. Today Fuller Clark says she’s stepping forward because she believes the nation faces serious international threats that call for experienced leadership.

“I thought I’d stay neutral, but this election is so important I feel I can’t afford to sit out the New Hampshire primary,” Fuller Clark said. “Joe Biden is the candidate best prepared to deal with foreign policy. Nobody else running has that level and depth of experience.”

Fuller Clark joins fellow progressive former Congresswoman Carol Shea-Porter in breaking ranks with their fellow liberals to endorse the candidate considered the most moderate in the field.

“I’ve known Joe Biden for years, I’ve gotten to know him personally. He has great compassion, and if anyone can pull this country together again, it’s him. Plus, he can beat Donald Trump and that’s unbelievably important after the damage Trump has done by disrespecting the office and treating people so shabbily.”

For Joe Biden, winning New Hampshire would be a real boost to his campaign but, unlike Liz Warren, it’s not a make-or-break state. And Fuller Clark, a progressive, educated woman who represents a suburban district, is exactly the sort of voter Warren needs to win.  When asked if her decision to bypass her fellow progressive for Joe Biden was a sign that New Hampshire is going to be a tough place for Warren to win, Fuller Clark agreed.

“New Hampshire is going to be tough for Warren, not because voters here don’t respect her and her values. It’s because she’s been overly ambitious. It has nothing to do with being a woman or the fact that she’s a progressive. It’s just a recognition that if we’re going to pull this country together, we’re going to have to be more [ideologically] inclusive.”

Warren’s path to the nomination is easy to see: Combine progressives worried about Sanders’ chances against Trump with women still angry over Hillary Clinton’s defeat and the angry, anti-Trump Democratic base, and Warren looks like a lock.  On paper.

Instead, the new poll from Monmouth College puts her in fourth place in New Hampshire, trailing Buttigieg, Biden and Sanders.

And as for owning the progressive vote, in the CBS/YouGov poll released last weekend, it’s Bernie Sanders dominating among self-identified liberals with 31 percent of their support. Meanwhile, Warren narrowly edges past Biden with the far-Left 22 to 20 percent.

Warren supporters point out that she’s still within striking distance of the lead in Iowa and New Hampshire, and she’s got nearly twice Buttigieg’s numbers in national polling. But her trends aren’t good. Since Monmouth’s last New Hampshire poll in September, Buttigieg’s support has doubled –from 10 to 20 percent — while Warren’s has fallen by more than 40 percent, from 27 to 15 percent.

Still, Fuller Clark sees an upside. “I think having strong women like Warren and [Minnesota Senator] Amy Klobuchar in this campaign has demonstrated the principles and values of the Democratic Party. And if one of them becomes the nominee, I plan to proudly support them in November.”