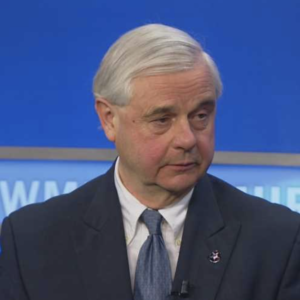 New Hampshire companies that received federal PPP COVID-19 relief will have to pay state business taxes on it, and Democrats are blaming Gov. Chris Sununu. Congress exempted the money from federal taxation, but Granite Staters are still on the hook. And, Democrats say, it’s all Sununu’s fault.

“It’s unacceptable that under Governor Sununu, our business owners are being taxed on the federal COVID relief they received to keep their doors open,” said state Sen. Lou D’Allesandro, D-Manchester.

“It’s unfortunate that when Governor Sununu had the opportunity to do the right thing and suspend the tax on businesses, he failed to act. Now, our businesses are paying for his inaction. We urge the Governor to stop any further taxes on New Hampshire businesses who are struggling to get through this pandemic,” D’Allesandro said.

But how? How could Sununu “suspend the tax on businesses?”– any tax?

Asked by NHJournal to explain how the governor could exempt PPP revenue from taxation via fiat, D’Allesandro simply said, “I’m told he can do it,” but didn’t say how.

While Sununu has expansive executive order powers due to the COVID-19 emergency, legislative and tax experts who spoke to NHJournal said it was unlikely he could simply set aside tax law with a stroke of his pen.

Even more ironic, says state Sen. Jeb Bradley (R-Wolfeboro), is watching the same Democrats who went to court to limit Sununu’s emergency powers a few months ago now attacking him for not exercising power over tax law he doesn’t have. One of the lead Democrats in that lawsuit was Sen. D’Allesandro.

Indeed, D’Allesandro released a statement Monday objecting to a GOP-backed plan to cut the state’s Business Profits Tax rate. “Over the years, we have reduced the BPT a number of times, proving our willingness to support businesses. However, the COVID-19 pandemic has left the stability of our state revenues in question,” D’Allesandro said. “I would urge my colleagues to make the fiscally responsible choice and reject this legislation.”

The reason Granite State businesses face the prospect of having their PPP revenue taxed is because the state of New Hampshire last aligned its tax laws with the federal tax code in 2018. The congressional exemption is for 2020. “We need to update our laws and do it quickly if we want to protect our businesses from these taxes,” Bradley said.

“I’m going to introduce a late bill in the Rules Committee to make the change so businesses don’t have to pay state taxes on their PPP monies,” Bradley told NHJournal. “Republicans are well aware of the problem, and we know this has to get done.”

And that, according to prominent New Hamsphire tax attorney William Ardinger, is the right answer to the debate over Sununu’s gubernatorial powers.

“The legislature is in session. They have a voice, and they can determine what the tax rules should be,” Ardinger said. “Debating the governor’s power is missing the point. Why argue politics when you can just pass a law?”

But will Democrats join GOP efforts to rush it to Sununu’s desk in time to keep businesses from getting stuck with the tab?

“Republicans give their full support to Main Street businesses here in New Hampshire,” said Bradley. “PPP loans have been an absolute lifeline for some of our businesses that have been battered by the pandemic and have used the money to stay afloat. They will not be taxed under the BET or the BPT. Our goal is to support Main Street employers and their workers, not to make things harder for them.”

Sen. Bob Giuda (R-Warren), Chairman of the Ways & Means Committee echoed Bradley’s comments saying, “We realize just how important our Main Street businesses are to New Hampshire’s economy. Many of them are struggling with financial stress caused by the pandemic so now is not the time to burden our hardworking men and women with additional taxes. We have a real opportunity to bring New Hampshire back from the pandemic in better shape than ever and that’s exactly what we plan to do. Taxing PPP money is definitely not part of that plan.”