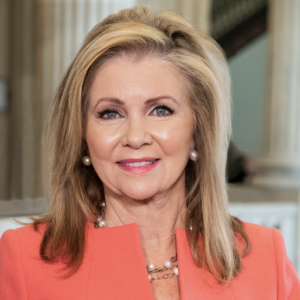 On the eve of the Senate Judiciary Committee’s hearings on President Joe Biden’s first Supreme Court nominee, Sen. Marsha Blackburn (R-Tenn.) said she has serious concerns about Judge Ketanji Brown Jackson’s “soft on crime” record. And, Blackburn said, while Jackson is “approachable, friendly and likable,” that doesn’t mean she will escape tough questions.

Blackburn, the only Republican woman on the Judiciary Committee, was in New Hampshire to speak at the 2022 Lincoln-Reagan Dinner hosted by the Concord City and Merrimack County Republican Committees.

Blackburn has questioned Jackson — or “KBJ” as her supporters call her — before, both in hearings on her elevation to the U.S. Circuit Court of Appeals and in a one-on-one meeting last week. “I asked her what her judicial philosophy was, and she could not give me an answer on that,” Blackburn said. “Instead, she talked about judicial process.”

Republicans, including Blackburn, have described Jackson as “coming from the left wing of the Democrat Party,” and they see a common thread across her career, one they call “soft on crime.”

Republicans are focusing their questions on what they believe is Jackson’s lenient treatment of people convicted of crimes against children.

“When I was going back through her record, I noted that she was going under the minimum sentence for different infractions and crimes on child abuse,” Blackburn said. “Generally, she was going about five years below the minimum in her sentencing.

“And then when she was at Harvard, she wrote a paper about how she thought the criminal justice system was… too harsh on criminals. So I will go into questions on that with her,” Blackburn added.

Few court-watchers expect that line of questioning to keep Jackson from filing the vacancy being left by her former boss, Justice Stephen Breyer, particularly under the new rules that require a simple 51-vote majority for confirmation. Conservative radio host and law school professor Hugh Hewitt predicts she will get 65 votes in the end.

Still, Republicans aren’t willing to waste an opportunity to echo their theme that Biden and his administration have failed to deal with the rising crime problem.

“During COVID, she was for releasing 1,500 criminals from prison,” Blackburn said of Jackson. “And I thought, ‘My goodness, how can you do that?’ Just because of COVID, you open the gates and let them go? That’s just a little bit outside the mainstream, isn’t it?”

Expect to hear that very question from the Tennessee senator during next week’s hearings.