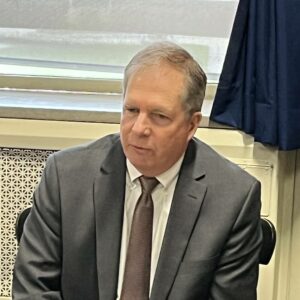 Secretary of State Scanlon: Failure to Disclose Bedford Ballot Fiasco “Was A Mistake”

Secretary of State David Scanlan said Tuesday the failure of election officials at both the local and state level to disclose the mishandling of Bedford ballots from the 2020 election for nearly a year “was a mistake.”

Scanlan made his comments during a press event announcing his creation of a new Commission on Voter Confidence. He and the co-chairs — Republican Bradford Cook and Democratic former Congressman Dick Swett — expressed their concerns about New Hampshire voters doubting the legitimacy of local elections.

(The full membership of the commission can be found here.)

“I want to make it clear right out of the gate that I firmly believe New Hampshire elections are sound,” Scanlan said. “New Hampshire has done a great job for more than a century conducting good elections. And the reason that they’re sound and accurate and fair is because — number one — we keep them simple.”

Scanlan said another reason voters should be confident in the outcome of elections is transparency.

“What everyone in New Hampshire should know is that our process is transparent and done completely in the open,” Scanlan said. “Anyone interested in the process can follow it from start to finish. Many people today don’t understand that.” 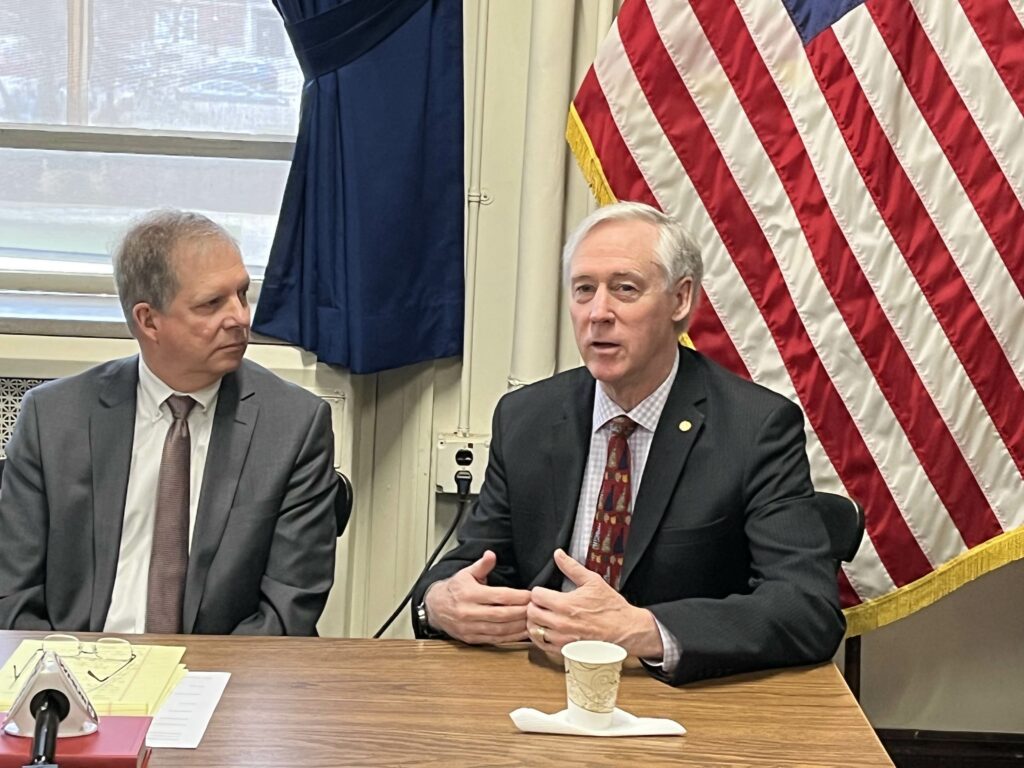 That transparency was not in evidence in the Bedford ballot case, however. Instead, officials at the local and state level chose to keep the existence of 190 mishandled, uncounted ballots for nearly a year. Neither the general public nor the impacted voters were informed. While accusations have gone back and forth between town officials and the offices of secretary of state and the attorney general over why the public was left in the dark, Scanlan acknowledged the decision to keep the facts secret was wrong.

“From my perspective, there should have been no secrecy. When that was discovered, it should have been disclosed immediately. Who should have disclosed it, you could argue about that. But the simple fact is it didn’t happen. That was a mistake,” said Scanlon, who was serving as Deputy Secretary of State at the time.

The Bedford case was investigated by the Attorney General’s Office, while a ballot discrepancy in Windham resulted in a state-ordered — and high profile — audit of the local election. The culprit turned out to be a fold across the paper ballots that made some votes difficult for the machines to scan. And yet despite an in-depth review that was held almost entirely in public, there are still some Granite State Republicans who point to Windham’s problems as proof the 2020 election was stolen.

Two of those Republicans are running in the First Congressional District primary: state Rep. Tim Baxter of Seabrook and first-time candidate Karoline Leavitt, who served in the Trump White House. Both claim, despite the available evidence, that President Donald Trump won the 2020 election outright. Neither responded to a request for comment about the creation of the Voter Confidence Commission.

In Pennsylvania, celebrity TV doctor Mehmet Oz said during Monday night’s debate for U.S. Senate that when it comes to relitigating 2020, “I have discussed it with President Trump and we cannot move on.” In the recent Georgia governor’s race debate, former U.S. Sen. David Purdue began this way: “First off, folks, let me be very clear tonight. The election in 2020 was rigged and stolen.”

And a PBS/Marist poll from November 2021 found that while 58 percent of voters trust elections in the country either a great deal or a good amount, just one-third of GOP voters agreed. Scanlan and his commission members hope their efforts will help build back trust in the election process.

“We want to hear from the people and understand what their concerns are because what they think is true is often just as important as what is not,” said commission co-chair Cook.

“What we hope is that through transparency, engagement, and discussion, we can get the community to agree on common truths again,” added co-chair Swett. “It’s not going to be easy, but it’s absolutely necessary.”

Will it work? Windham Selectman Bruce Breton, who has been involved in the debate over election integrity, said it is a good start.

“I think creating a Voter Confidence Commission will be a step forward in restoring confidence and integrity in our elections. We must restore the confidence of voters,” Breton said.