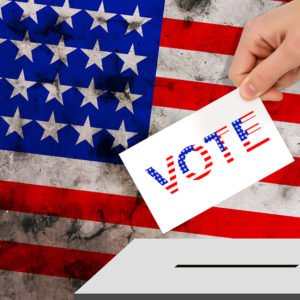 Arizona may be 2,000 miles from New Hampshire, but the U.S. Supreme Court’s ruling on the Grand Canyon state’s election laws will be felt in Concord. In particular, the decision is yet another blow against congressional Democrats’ attempts to use federal power to override state control of election laws.

Thursday’s 6-3 ruling in Brnovich v DNC struck down challenges to Arizona’s laws requiring election officials to discard ballots cast at the wrong precinct; and banning the practice of “ballot harvesting,” in which political parties and activists groups collect ballots from voters and deliver them to polling places. Democrats claimed Arizona’s rules are “restrictive” and discriminate against people of color.

Justice Samuel Alito, writing for the majority, undermined the often-used argument that any restriction on voting is a form of “voter suppression” and should be viewed as a violation of the federal Voting Rights Act.

“The size of the burden imposed by a challenged voting rule is highly relevant,” Alito wrote. “Voting necessarily requires some effort and compliance with some rules; thus, the concept of a voting system that is ‘equally open’ and that furnishes equal ‘opportunity’ to cast a ballot must tolerate the ‘usual burdens of voting.’  Mere inconvenience is insufficient.”

The New Hampshire Secretary of State’s office praised the decision.

“Today’s Supreme Court ruling upholding Arizona election laws banning ballot harvesting is a win for the average voter who wants to exercise their right to vote independently and privately without pressure or influence being applied by political parties or special interest groups,”  said Deputy Secretary of State David Scanlan. “This ruling is consistent with the provisions in New Hampshire’s state constitution and reinforces the serious concerns expressed over provisions in the failed federal legislation known as HR 1 / S 1.”

All four members of the New Hampshire federal delegation voted in favor of H.R.1/S. 1, also called the For The People Act.

All four also declined to respond to requests for comment on the Supreme Court’s ruling.

The case began in 2016 when the Hillary for America committee teamed up with the Arizona Democratic Party, the Democratic National Committee (DNC), and others asked the courts to force Arizona to allow ballot harvesting and count miscast votes. Like supporters of HR1, they argued federal law stripped Arizona voters from having laws like these on the books. The fact that Arizonans supported these laws didn’t mean they should be allowed to have them, the Hillary Clinton campaign argued.

“We’re disappointed in the Court’s ruling today, but we will continue to work to make sure every voter’s vote is counted and protected,” the DNC said in a statement Thursday. “This ruling is exactly why we urgently need to take action at the state and federal levels to protect voters from Republicans’ unprecedented efforts to undermine the right to vote.”

However, Biden’s own Solicitor General’s office conceded the Arizona law as allowable under the federal Voting Rights Act.

State Sen. Regina Birdsell said the ruling “helps solidify the fact that states can run our own election, a fact that runs afoul of H.R. 1 — which is a good thing.”

“I understand that in some very limited situations when a family member is sick, that person should be able to vote,” Birdsell said. “I just don’t want it to be the camel’s nose under the tent that allows ballot harvesting.”

State Senate Minority Leader Donna Soucy (D-Concord) released a statement declaring, “The future of our democracy is in peril” — strong language in response to a ruling on ballot harvesting and miscast ballots. Soucy did not respond to requests that she clarify her remarks.

Longtime court watcher Carrie Severino of the Judicial Crisis Network noted that Arizona (and New Hampshire) aren’t alone when it comes to miscast ballots. “Arizona’s provisions are not outliers. Over two dozen states—including Connecticut, Delaware, and Illinois—have measures like Arizona’s that limit voting outside a voter’s own precinct.”

And, Severino added, “Arizona’s out-of-precinct policy and ban on ballot harvesting are consistent with Section 2 of the Voting Rights Act.

“Section 2’s purpose of eliminating racial discrimination is extremely important, but the Arizona measures are not discriminatory. Both provisions help make it easy to vote and hard to cheat.”