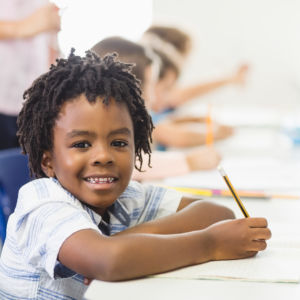 Schools Can Expect More COVID Aid, But Whether It Matters Is Up to Them

As the pandemic rages on, the nation needs to get schools open and students back in the classroom — in person.

Prolonged school closures have had devastating effects for learning and the emotional well-being of students.

And, while the evidence is now clear that schools can safely and responsibly open for in-person instruction, doing so requires new routines that allow for social distancing and new outlays for personal protective equipment and COVID testing.

More than this, as Biden’s “Build Back Better” slogan has it, there’s a widespread sense that the goal should not simply be to get students back to school — but that the return should reflect an effort to address educational problems that have too long been swept under the rug.

This means getting smarter and more strategic about staffing, student supports, technology, instruction and more.

School administrators have not been shy about insisting that all of this requires more funds. Theron Schutte, superintendent of the Marshalltown Community School District in Iowa, enumerates outlays on masks, face shields, desk shields and disinfectant foggers, and offers that he’s “banking on and hoping that we have additional support on the back end of this to pay for all of [this].”

Austin Beutner, superintendent of Los Angeles Unified, says that the district is spending funds allocated for next year to meet the community’s current needs, asserting: “We’re robbing Peter to pay Paul,” and that, “The federal government needs to do more than they have historically done.”

That gets to the crux of the matter.

With President-elect Joe Biden set to assume office in January, it’s a good bet that more COVID-19 relief funding is coming (the contours of that relief, of course, may well hinge on negotiations between veteran dealmakers Biden and Senate Republican leader Mitch McConnell).

The risk is that the politically potent cries for short-term relief will crowd out necessary discussion about whether those billions of dollars will actually be used to open schools and fuel long-term improvement.

After all, complaints that schools are starved for funds are nothing new.

As researchers Arthur Peng and Jim Guthrie observed a decade ago: “If one relies on newspaper headlines for education funding information, one might conclude that America’s schools suffer from a perpetual fiscal crisis, every year perched precariously on the brink of financial ruin, never knowing whether there will be sufficient funding to continue operating.”

Yet, even as advocates and education leaders insist that schools are wrestling with “chronic underfunding,” after-inflation, per pupil school spending increased by more than 25 percent between 2000 and 2016 (the last year for which there’s national data).

The U.S. spends upward of $700 billion on K–12 education a year, or about $14,000 per student — which is 39 percent more than the average Organization for Economic Cooperation and Development nation.

The real problem is less with the amounts being spent and more that taxpayers and parents aren’t seeing a satisfactory return on their investment. States continue to shovel billions into antiquated pension systems at the expense of teacher take-home pay.

As the old adage goes, insanity is when one does more of the same and expects different results.

When Uncle Sam steps up, local leaders must do their part too. That means ensuring that new funds are paying salaries for teachers working with kids, rather than letting politicians off the hook for underfunding extravagant retirement systems.

It means expecting leaders to take a hard look at bloated ranks of non-instructional staff to ask which positions and programs are making a difference for kids — and which aren’t.

And it requires that they analyze the costs of things like transportation, maintenance, accounting and information technology to determine where their expenditures are higher than those of tautly run peers.

There’s a strong case that schools need more aid right now. And it’s a sure bet that a Biden administration is going to help them get it. The crucial question is whether those dollars will be used to make a real difference for students.

That’s a decision that rests with local leaders, not with the folks in Washington.