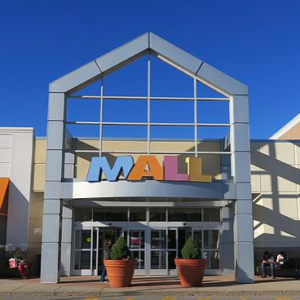 Scenes From the Mall (Of New Hampshire)

Business was slow but steady at the Mall of New Hampshire on its first day back in business. Monday was the first time many of the businesses had been opened since Gov. Chris Sununu’s executive order shutting down much of the economy six weeks ago.

On a drizzly weekday afternoon — and with restaurants still closed by state edict — nobody was expecting summer weekend crowds. But the business owners and retail workers NHJournal talked to said they smiling under their protective cloth masks. 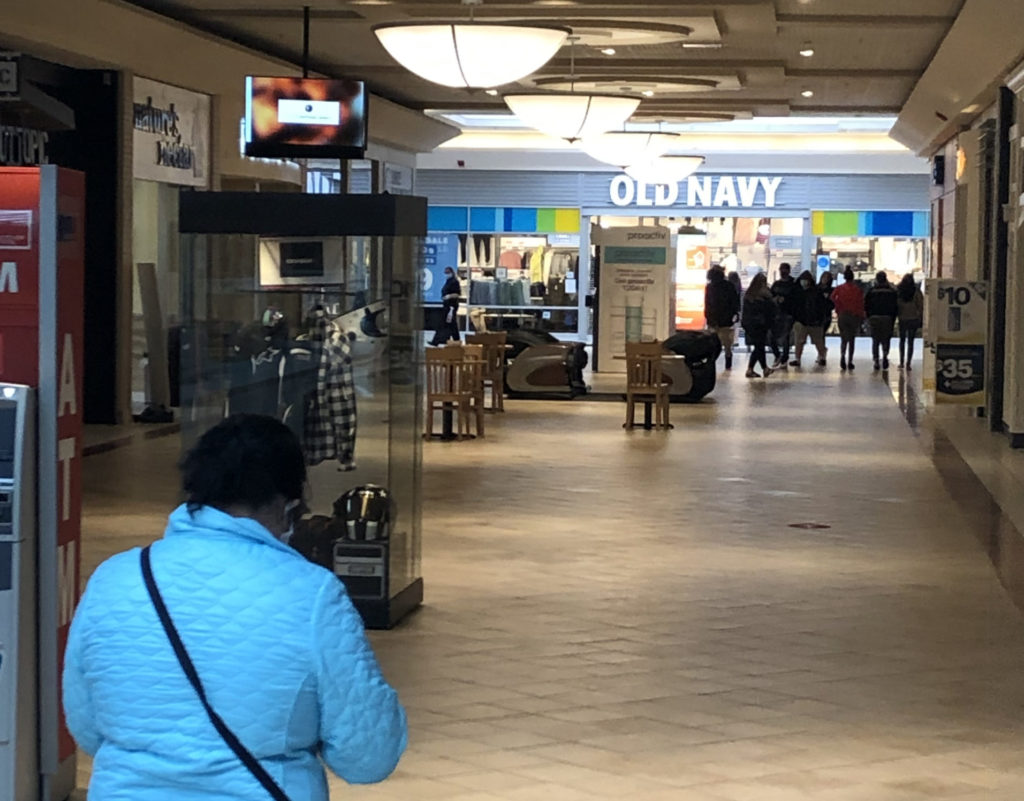 Customers at the Mall of New Hampshire in Manchester on Monday, May 11, when the mall first re-opened after the coronavirus shutdown order.

“For a typical Monday, this is pretty busy sales wise,” said Jenny at Josh’s Toys and Games. A quick check of her records showed that on this Monday a year ago, she did about $800 in sales. She was already above $600 by 2 p.m. “It’s the puzzles,” she said. “A lot of the online stores have really raised their prices for puzzles, so people came in to get them from us.”

Many of the larger stores, like Macy’s and JCPenny, remained closed and the mall’s main hallways were mostly empty. Despite fears expressed to Sununu by a reporter during Monday’s COVID-19 news conference (“Do you know the movie ‘Paul Blart, Mall Cop?'”) no teens congregated in the empty food court. 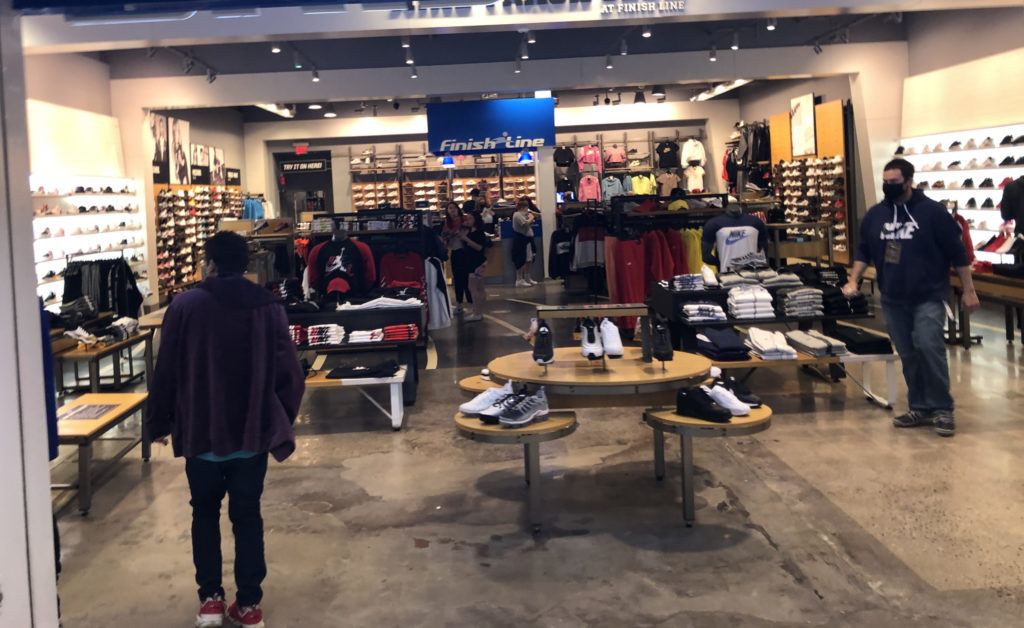 Things were hopping, however, at The Finish Line, a shoe and athletic wear store. Trevor paused between customers to say it was unusually busy. “People have been waiting to get out, I think.” Definitely busier than the average Monday afternoon, he said.

The majority of customers, and all the store employees, were wearing masks. People walking through the mall or waiting in line carefully kept their distance. And the mall’s owners, the Simon Property Group, had issued an extensive list of guidelines to its employees, including mandating pre-screening of temperatures before starting work and regular disinfecting of common areas.

David Simon, the company CEO, exchanged letters with Sununu in advance of the mall’s opening. Simon pledged “a new, elevated standard of safety for all,” while Sununu issued both a welcome and a warning. 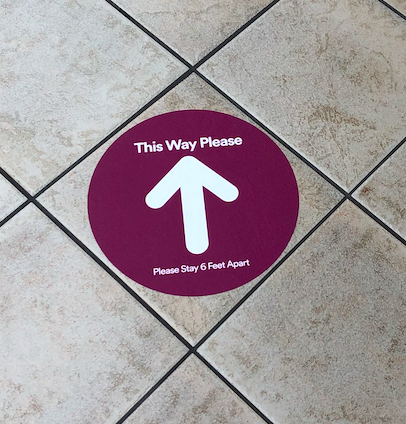 The floor of the Mall of New Hampshire is marked with directional arrows and social distance reminders for its re-opening.

“Like you, I am eager to see Granite Staters heading back their favorite stores and shops,” Sununu wrote, but later added: “State officials will be monitoring the dynamics in New Hampshire’s malls with a careful eye to ensure safety.

“I will not hesitate to reassess my position on allowing shopping malls to open if the guidance is not properly followed,” Sununu wrote.

One shopper, Kevin, strolled through the mall with a companion who declined to give her name. “We just wanted to get out. We don’t really need anything,” he said. Asked if he was scared, he tugged at the medical mask he was wearing and said, “Yeah, a little bit.”

Asked where he was from, Kevin glanced around the mall before whispering “Boston.”

Mario at CS Variety Store didn’t care where the customers were coming from, he was just glad to see them.

The lockdown hit his small convenience store hard. “Everything with an expiration date, I had to throw out. It was about $15,000 worth of food. For a small business like me, it was a big hole in my pocket,” Mario said.

Asked if the shutdown was too extreme, Mario replied, “Extreme — but necessary. Look at how the virus is spreading around the world. We had to stop it, nobody knew what we were dealing with.”